Guildford’s Genevieve Moller-Butcher was in third place in a time of 1:03.29.

Bradley said: “It was hard but I enjoyed it – it went quite fast actually.

Vance makes up for missing out last year 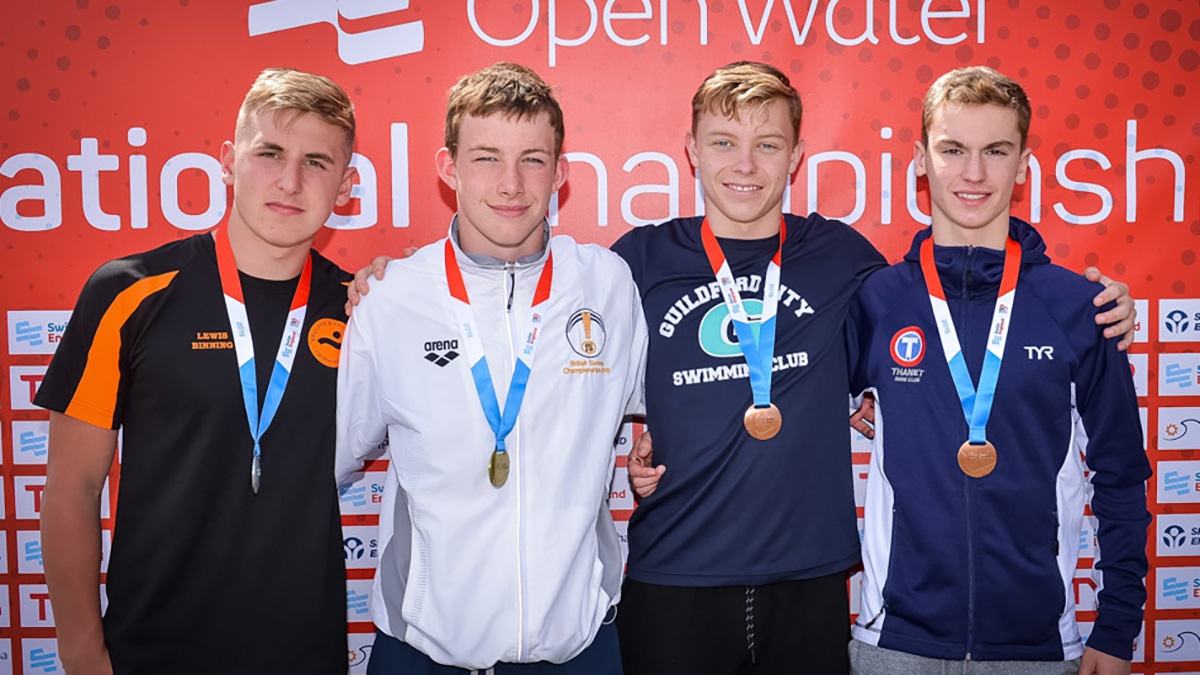 Joshua Vance made up for agonisingly missing out on an a podium place 12 months ago as he struck gold in the Boys 16 Years 5k race.

The Northampton swimmer was victorious by four seconds as he finished in a time of 56.55.

Twelve months ago, he was left disappointed after finishing fourth in the 15 years 3k contest – but he put that behind him in emphatic style as he took gold ahead of Lewis Binning.

Basildon Phoenix’s Binning pushed Vance all the way but eventually had to settle for the silver medal in 56:57.

Vance said: “It was good – I was quite surprised with it really.

“I came fourth last year so I wanted to improve on that position. I went out strong and so I was really happy with it.
“After the first lap, I was in the middle, then I moved forward and then I don’t think I saw anyone else after that.

“It felt a good swim – I thought I swam it quite well.

“I thought I was a bit brave at the star. I wasn’t sure if it would pay off but obviously it did.