A new play which highlights the health benefits of open water swimming receives its world premiere this week.

Swim was created by Liz Richardson and is based around the restorative powers of outdoor swimming and how it can help cope with grief and improve mental health.

The show, which is supported by Cruse Bereavement Care due to the number of people who turn to open water swimming to help deal with grief, runs at the Home Theatre, Manchester, from 9-13 July

It then heads to the Edinburgh Festival Fringe in August.

Liz, who worked alongside Josie Dale-Jones and Sam Ward to create the play, said Swim was inspired by her friend and how she used outdoor swimming to help her mentally cope with the loss of loved ones.

She said: “The character that we follow in Swim is a fictional character and her journey with grief and then her discovery of wild swimming running alongside that.

“It’s loosely inspired by my friend but that just opened up conversations with thousands of other people who got in touch with me to share their stories about why they wild swim.”

Liz began open water swimming herself as a child having grown up in the Lake District, occasionally swimming in local rivers and lakes.

But it was her current friends who convinced her to continue open water swimming on a more regular basis.

She said: “Friends I swim with in my community got me into open water swimming.

“They got me into the idea of going regularly and trying different places and making a habit of it and I admire their friendships and the commitment for supporting each other in the water.”

However, Liz had to take time out from swimming due to suffering from ulcerative colitis throughout her 20s – but being able to get back in the water helped her mental health after her illness.

She said: “I was stuck in hospital for quite a long period of my life in and out when I was suffering with ulcerative colitis.

“It was a stifled existence I suppose. I couldn’t do the things that I loved – fell running, swimming, anything outdoors.

“But post-operative I’ve been able to get the love for adventure and fitness and just being outdoors again.

“I think by the time that I’d recovered from my illness I had gained a lot of physical and mental strength.

“During my illness, I was actually living with an ileostomy bag so swimming never felt like something I could access, not that you can’t with a bag, but now I really feel like I can get out there and do everything again and have my health.” 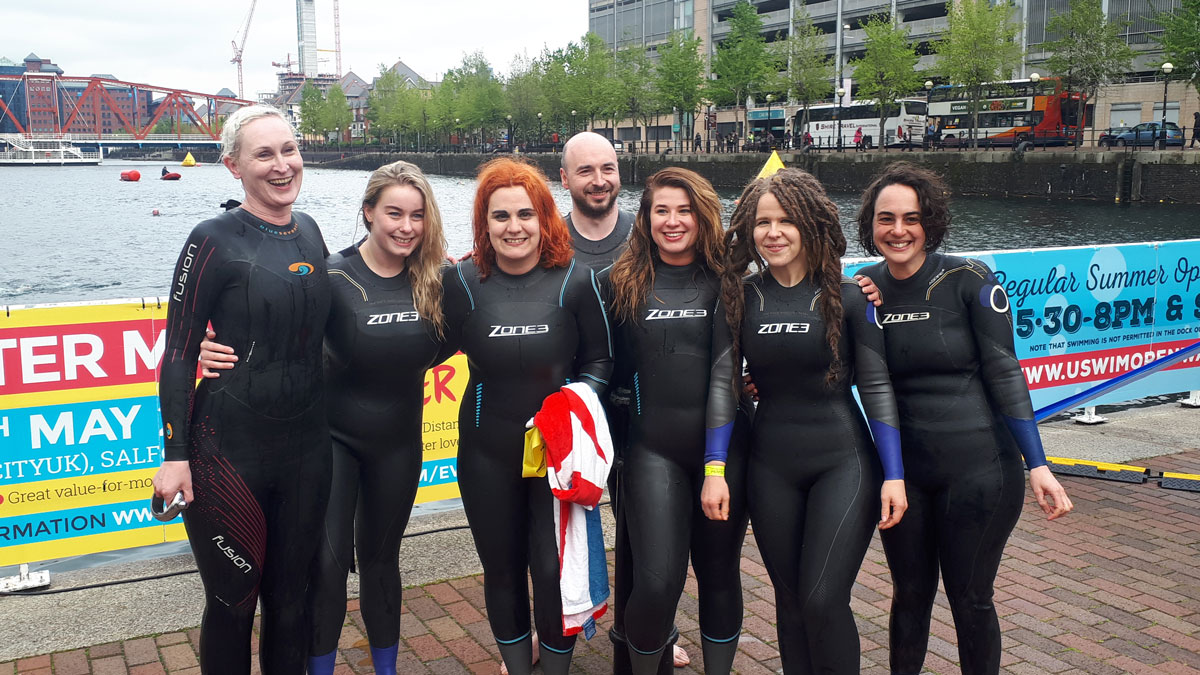 During the creation of Swim, Liz turned to friends for advice – one of which was avid open water swimmer Suzie Wheway.

Despite both enjoying open water swimming, the pair had never swam together until promoting the show at Salford Quays.

Suzie said: “It was the first time I’ve swam with Liz. We met through Facebook friends and I’d swam with one of her friends.

“So she put Liz in touch with me because she needed some support with the play, just so someone with a little bit more experience could help her out and advise her a bit more.

“It’s fantastic what she’s doing with the show. One of the reasons I swim is to help my mental health.

“It’s a way to switch off from normal life often and the story she’s telling about grief and sadness and the way that a friend of hers and other people are dealing with that, it’s just amazing.

“We need to do more to support people’s mental health and there are lots and lots of ways of doing that and open water swimming is definitely one of them.”

Great way to start the day

Mike Tipton, professor of human and applied physiology at the University of Portsmouth and also USwim spokesperson, explained some of the work he has done regarding the benefits of open water swimming.

He said: “We’ve done work with people with severe depression and shown that repeated exposure to cold water, taking up open water swimming, can alleviate the symptoms of depressions and the need for drugs.”

The number of people who participate in open water swimming has risen, with research from the Sport England Active Lives survey showing that more than 4.1 million people swam in lakes, lochs, rivers and seas between November 2017 and 2018.

Given the feeling people are immersed with and the way they describe open water swimming, there is no surprise that numbers have risen.

Suzie said: “I just love it. The experience, the people you meet, the tingling skin. The cold water is amazing – it just gives you an amazing feeling of euphoria. It’s fantastic.

“I feel peace, serenity, excitement, euphoria and exhilaration when I’m swimming in open water – you can probably tell by the massive grin on my face.”

Liz added: “I love it. I find that I get a lot of joy from it. I love being with friends, there’s lots of giggles, we cry a lot with friends going through different things.

“It’s a great way to start a day. I go through all of the emotions different friends go through just for them and seeing that they find so much with swimming outside.” 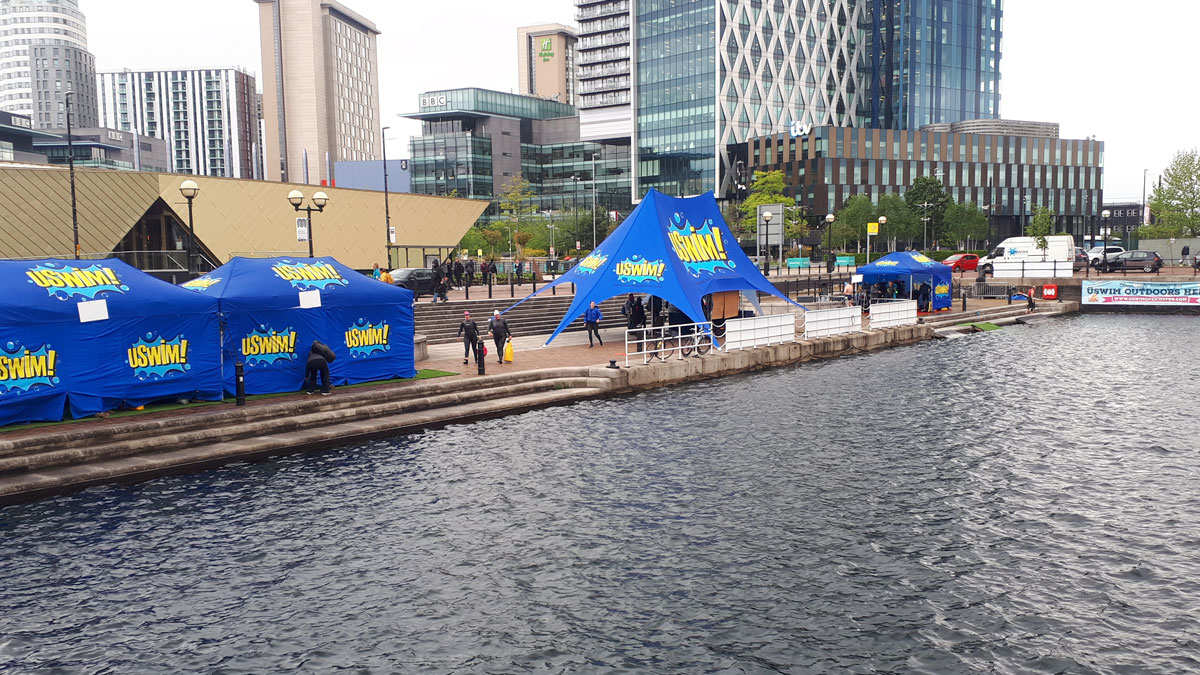