Ahead of competing in the Swim England Open Water National Masters Championships on Sunday 1 September, Val Thorp reveals how she became hooked on open water swimming – and the sense of freedom she feels from being in the sea, rivers and lakes.

It seems a long time ago, 2007 to be precise, that I first dipped my toe into the chilly depths of Ennerdale Water in the Lake District and discovered the delights of open water swimming.

A group of us from my swimming club had seen an advertisement at National Masters for an organised swimming weekend in the Lake District and driven by post-gala enthusiasm, or possibly alcoholic refreshment, signed up and paid without really thinking what we were letting ourselves in for.

As soon as we told our other club mates and non-swimming friends, they just looked pityingly at us.

“You’re going to spend a whole weekend swimming in cold water in five or six lakes,” they said. “Are you mad?”

I couldn’t really answer that and, to be honest, a part of me agreed with them. But it was only for a weekend and if I hated it, I’d never have to do it again.

It turned out to be a brilliant weekend full of wonderful swims, friendly people and an incredible amount of cake. I was hooked!

I’ve been lucky enough to swim not just in Britain but also in so many great places all over the world, taking part in both competitive and non-competitive events.

Rivers such as the Thames and the Dart, the docks of London and Manchester (yes, they are clean), the lakes of England and Wales and the lochs of Scotland.

There’s a fantastic sense of freedom when you’re in the sea, lake or river compared with being in a pool.

Not only is it physically good for me, it’s also mentally relaxing – stressful times just seem to melt away.

I can sometimes get bored with swimming laps in the pool but, in the open water, there’s little chance of boredom as you navigate your way, taking notice of the current and winds. 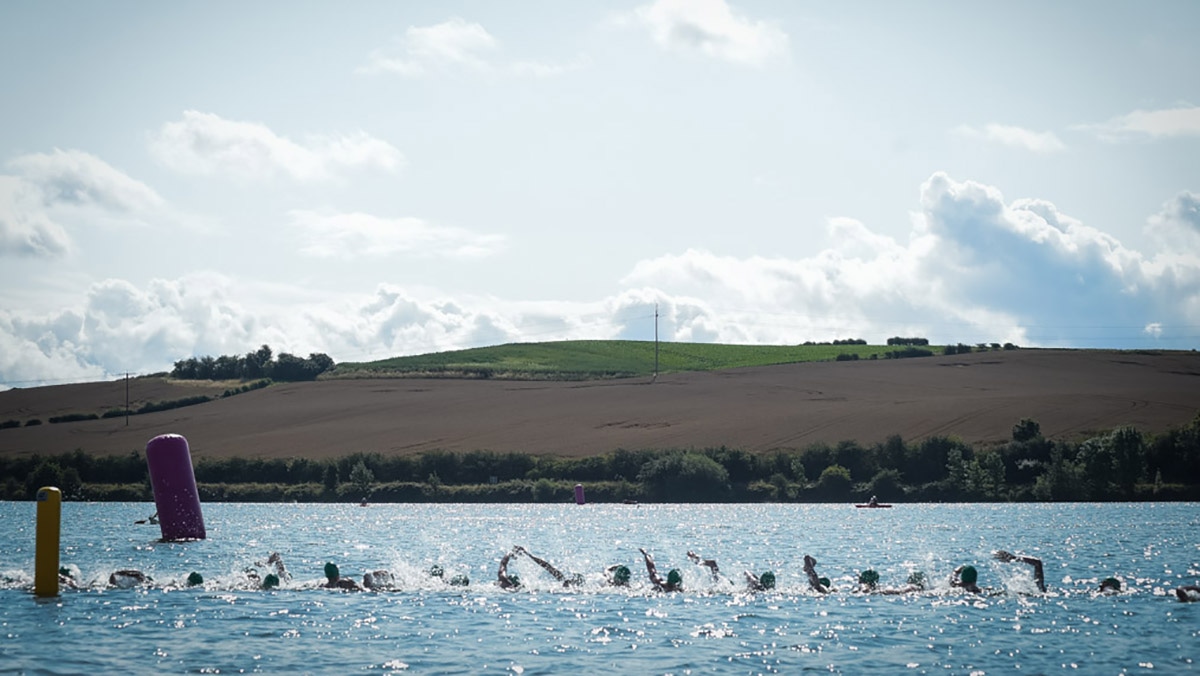 The fish and wildlife are not always appreciated by all swimmers – indeed, I was slightly anxious when I realised I was swimming over a shark in Australia.

It took me a long while to convince myself that I was good enough to compete in open water but I’m so glad that I did.

When I’m at the start line of an open water race, I feel much less pressure than when I’m standing behind the blocks in the pool.

I’m not really sure why this is but perhaps it’s to do with every race being so different.

There is no personal best to think about and, very often, I have no idea of where my opposition are so I just concentrate on myself, navigating my way around the course and the conditions.

Swimmers are a friendly bunch but there’s a real camaraderie amongst open water swimmers, whatever their age or level, perhaps because it’s still considered a slightly strange way to spend your time.

However, 10 years on from that first swim, there has been a real explosion in both events and venues for open water swimming.

In fact, Sport England’s most recent Active Lives survey showed that a staggering 4.1 million people swam in lakes, lochs, rivers and seas between November 2017 and 2018.

Swim England is also developing links with open water venues and working on qualifications for coaches and swimmers.

None of this would have been dreamt of 10 years ago when a venue was just jump in a lake or river and hope the landowner didn’t throw you out.

If you haven’t tried open water swimming, join me at Swim England’s Open Water National Master Championships at Nene Park, Peterborough, on Sunday 1 September and see what it’s like.