City of Sheffield’s Woodhall and Wycombe District’s Weston were separated by only 0.317 seconds after an epic 35-minute swim at Rotherham’s Thrybergh Country Park.

Elijah Kendrick, Shiverers, was in third place after clocking 35:14.603.

Woodhall said: “It was really fun.

“This is my fourth year and I enjoy it every year.

“I got third last year and I’ve only ever had two thirds so it’s a good improvement and I’m really happy.”

Hood victorious ahead of fight for silver 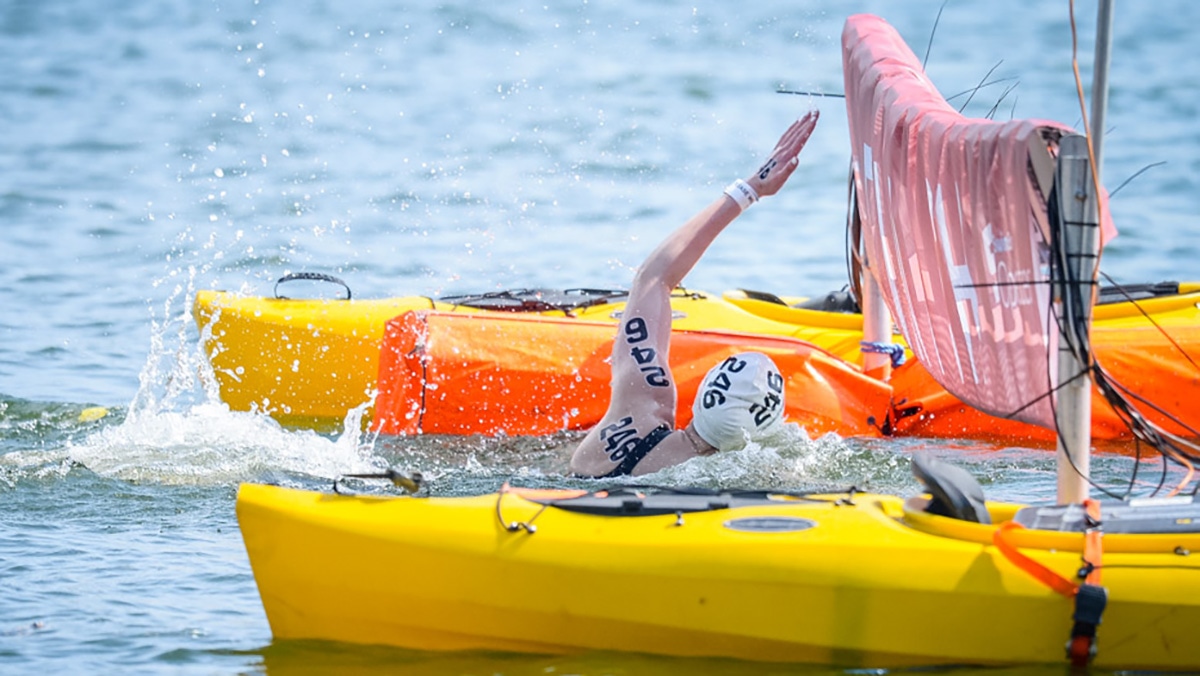 City of Birmingham’s Aimee Hood topped the podium in the Girls 15 Years 3k contest – while there was a fight for the silver medal behind her.

Hood said: “I enjoyed it.

“The last bit was a bit wavy with all the wind and the speedboats making things a bit rough.

“This is my third Nationals but the first two years I haven’t medalled so it’s been a good three years coming.

“I’ve just moved to City of Birmingham this season and I got two bronze medals at British Champs in the 1500m and the 800m Freestyle this year.

“When I moved I didn’t ever think I’d get a medal at nationals – I’ve come so far in a year and it’s definitely down to my training and my coaches.”