Wycombe District Swimming Club took part in an open water club pilot, which sought to help Swim England understand what clubs require to progress in open water and assess different models which could be adopted in future.

We caught up with Wycombe’s Lead Performance Coach, Josh Atkins, a ‘northerner who has found himself down south’ and ‘big Liverpool FC supporter’, to learn more about the club’s progress.

WDSC has been on the rise over the past six years, growing from 150 members in 2012 to more than 600 members today. We are an inclusive club catering for all abilities of swimmers within the area. From Stroke Improvers to Youth Commonwealth medallists and six-year-olds up to 80-year-old masters!

Q: How and when did the club first get into open water swimming?

Q: Can you explain the history of open water swimming in the club

With masters, our membership in this area has boomed and so, with that, more masters swimmers are getting involved with open water. Masters swimmers also have a dedicated coach, Patrick Ahern, who has his open water coaching qualifications.

In 2017, we had Head Coach Kevin Brooks and swimmers, including Millie, selected for the Swim England Phase 3, with Millie then selected for European Juniors.

Q: Has it grown recently and, if so, why?

Over the last two years since I started at the club, we have pushed open water more with our performance swimmers, actively entering swimmers into regional open water championships and having all national open water qualifiers attend nationals. 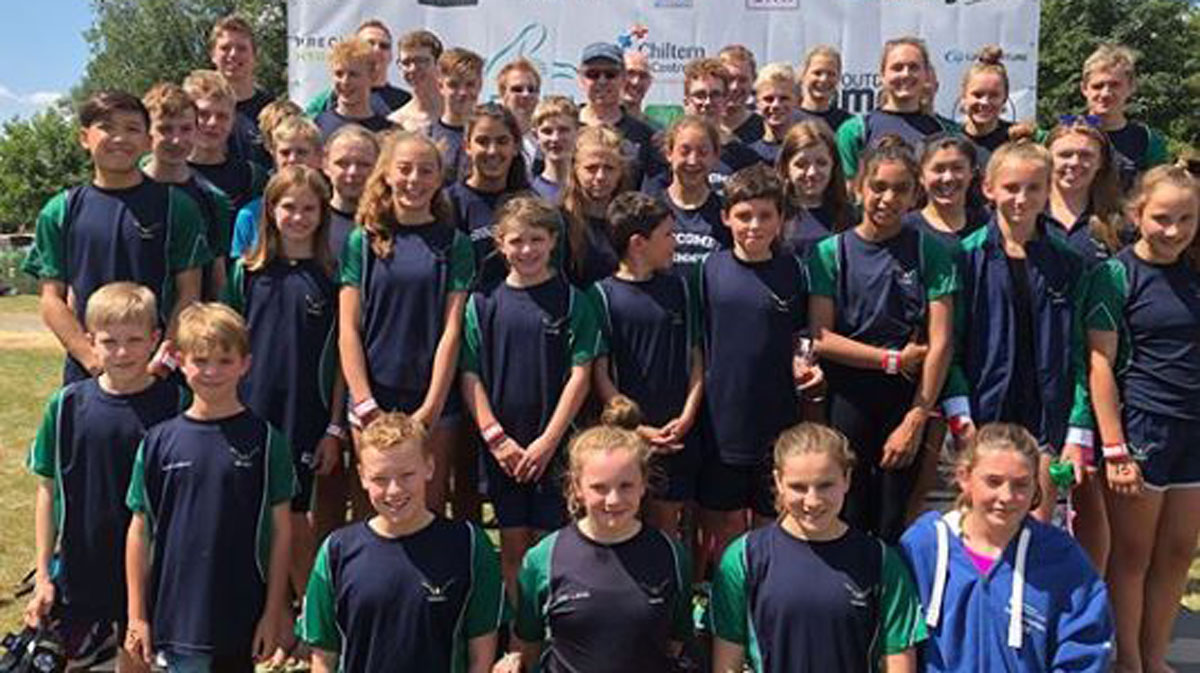 Q: How did you come to use Henley Mile as an open water club championship?

Over the last few years, we have always had a handful of swimmers individually enter the Henley Mile, so it’s always been an event we have attended.

However, with the additional funding, we thought it would be a great idea to use the 2018 event to open up open water to the whole club, with the extra incentive of making the event our own club championship.

We believe this is a unique thing in England.

Q: Do you think it was successful?

Absolutely. The Henley Mile was a great success. We were initially unsure whether we would receive a big uptake, so we offered the event out to our swimmers for free and ended up with moe than 60 swimmers taking part, from nine-year olds through to masters.

The weather certainly played its part with parents happy to sunbathe next to the Thames on what felt like one of the hottest days of the year!

Personally, I found it successful and we had swimmers getting involved who I never would have thought would enjoy open water. But they came out afterwards having had the time of their lives swimming down the Thames!

Q: What are the next challenges for the club in open water?

Our next challenge is to progress further and get more swimmers involved. We attended one lake session a week from May until nationals, so replicating this with a similar cohort and new swimmers would be our main target.

We also want to use the Henley Mile again for our club championships and increase the number of entrants. The more green hats we have swimming down the Thames the better!

Q: What was your biggest success in open water in 2018?

We started the season with Millie Sansome coming back from the European Junior Open Water Championships with a bronze medal, so that was certainly a big one!

Along with myself, two swimmers – Millie and Adel Zakrzewski – were invited to attend the Swim England Phase 3 Camp in Majorca, competing in the BestFest open water competition, which was a great experience for all of us.

At the Swim England South East Open Water Championships, we had 16 swimmers competing and 15 of those finished in the top 10 as we ended with five gold medals, one silver and one bronze.

Our biggest success of the year was at the Swim England National Open Water Festival. We had 13 swimmers competing, all with top 10 finishes, with three golds, two silvers and two bronze medals. To top it all off, we were awarded top club!