Reading Royals ‘finished on a high’ as they retained the Redwood Trophy at the Swim England Artistic Swimming National Junior and Senior Championships 2022.

The club ended their long wait back in 2019 when they lifted the prestigious Redwood Trophy for the first time in almost 20 years.

With the pandemic disrupting competition over the previous two years, this was the first time the trophy had been up for grabs since then.

Reading weren’t ready to have it taken away and rounded off the event with what their coach described as their ‘best swim’ in the Free Team competition to score an impressive 72.7667 points.

The Redwood Trophy is awarded to the team with the highest combined score from the Tech Team and Free Team, and Reading finished on top of the podium in both competitions.

On the win, Reading Royals performance coach, Kelly-Anne Russell, said: “I’m really proud. They really did pull it out the bag and did the best swim I’ve seen them do. So it was really good to see and finish on a high.

“It was really nice to be able to retain the Redwood Trophy and achieve that goal again.

“It’s such a journey when you start at the beginning of your training programme and on the journey that we all go through together, there’s highs and there’s lows, and so when you see them actually achieve it at the end of it all – it’s the best feeling!” 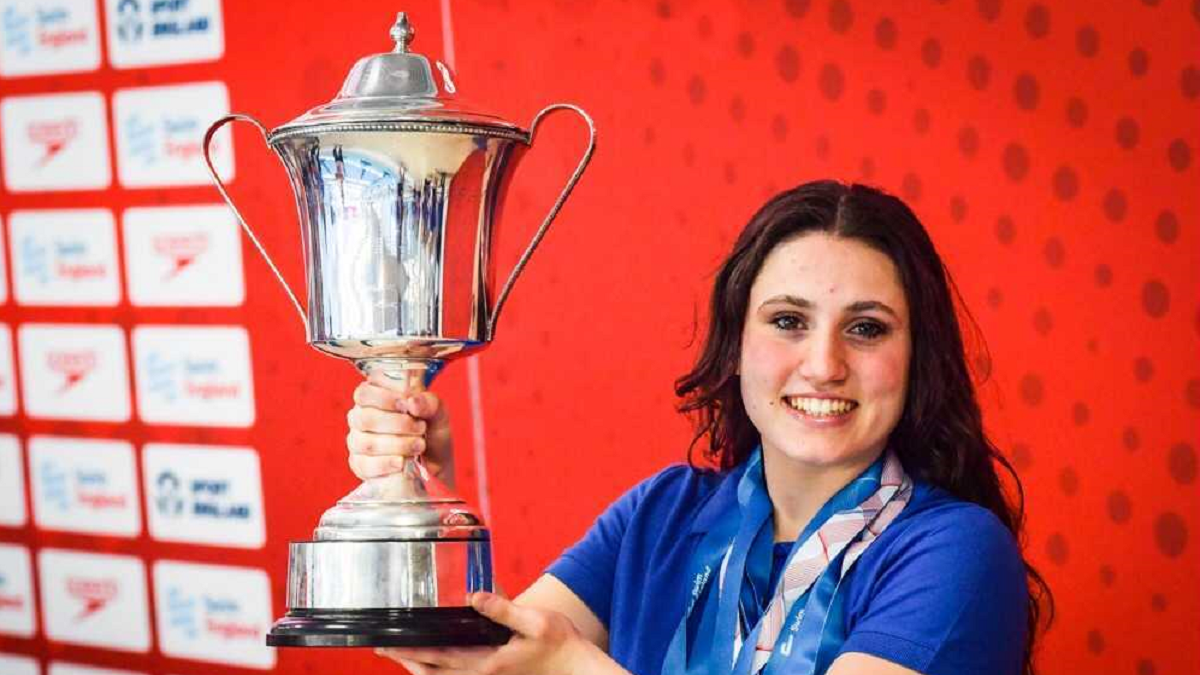 In addition to the team success, there was also one stand out star amongst the Reading contingent who was later awarded her own individual trophy.

The Holland Trophy is awarded to the swimmer with the highest total of routine scores in the Free Solo, Free Duet, Technical Team, Free Team and Combination events, and that was Eleanor Blinkhorn.

Russell revealed than Eleanor had set her sights on winning the trophy and described her an ‘amazing’ athlete.

She added: “Eleanor’s really had to focus on each swim and every time she did well she needed to then regroup and rethink about what’s next so that she could deliver each time, and she really has done that, so we’re really pleased.

“She really wanted that as well. For her, out of the whole competition, that was something she was aiming for and that was her goal, to hopefully be able to win that, so she’s really happy.

“We’ve got Combo Cup next so as a club we’ll now be looking at how we’re going to work that and what teams we’re going to enter for that. And then trying to do it all over again!” 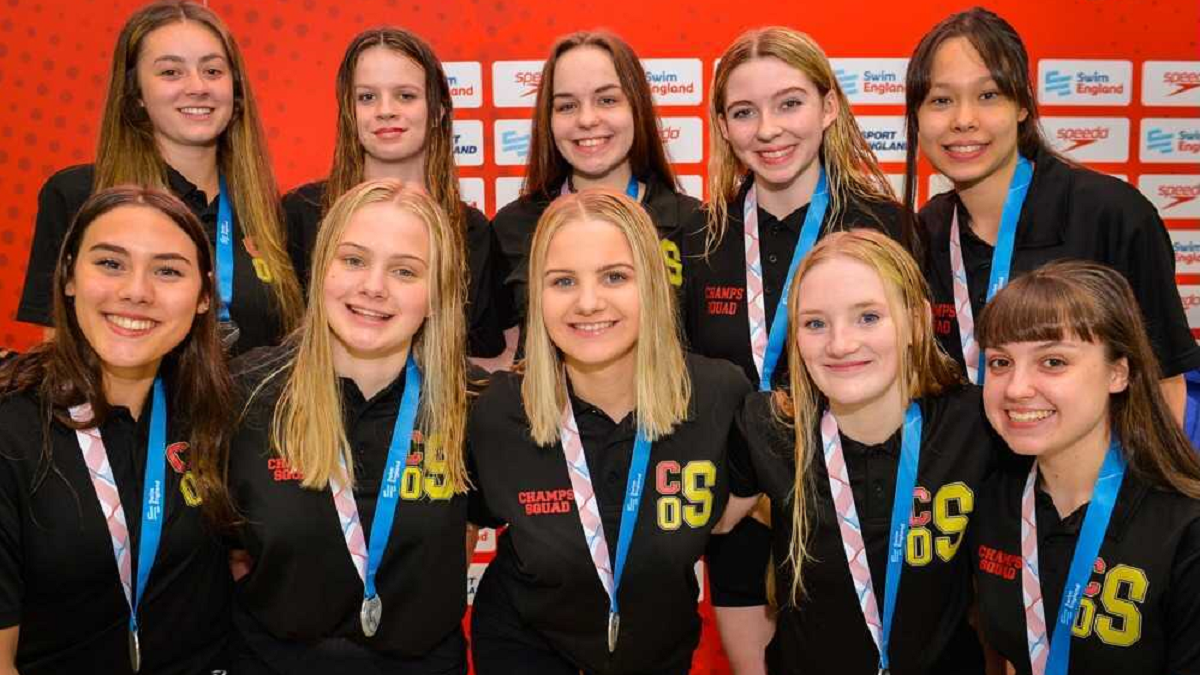 City of Salford achieved a score of 67.9667 to take the silver medal in the Free Team competition, their seventh of the championships.

It was an emotional result for the club, with it being the final time many of the swimmers will compete.

Jess Fletcher, City of Salford’s head coach, said: “I was crying. It was very emotional, I can’t even explain it.

“Seven silvers over the weekend is amazing. We were just saying, I think we’d have been happy with one silver, we just wanted to come and do our best.

“To get silver and be consistent in every event is great. We were nervous going into the last event thinking ‘we’ve got to keep this up’, that was when the pressure was on.

“But everything else was just a massive bonus that we were not expecting at all.”

Swimmers Zoe Taylor and Lauren Redfern explained that they were ‘very happy’ to win the silver medal and when discussing how much it meant to them, they said: “It meant a lot.

“For a lot of us it was the last time competing, so we all just wanted to do our best and go for it!”

Collectively, the swimmers and Jess picked out the Combo competition on day one as their favourite moment throughout the event.

They added: “That score, to get 70 in a team event, especially Combo. It was the highest mark we’ve ever got. We’re so proud of all our teammates!”

City of Leeds also secured their place on the podium with a Free Team score of 65.6333.

They were the bronze medal winners and finished 1.6666 ahead of Rushmoor, who ultimately took fourth place. 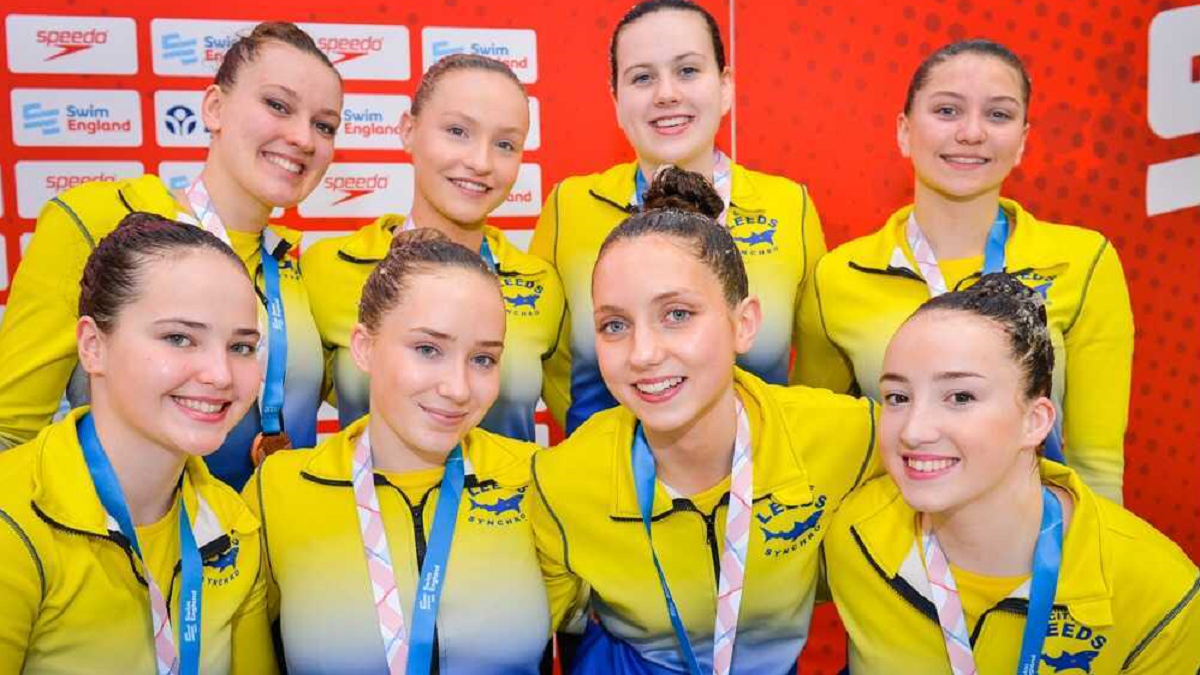