It is the sixth time Reading have won the trophy, which is awarded to the team with the highest combined figure and free routine score in the 13/14 years age group.

A 10-strong team clinched gold in the 13-15 free team competition, which consolidated their win.

Halasi, who claimed a total of four golds throughout the championships, also retained the Shacklock trophy.

Although the Mrs Y M Price trophy was not awarded during the virtual event that took place in 2021, the Shacklock trophy was awarded to the swimmer with the highest total of routine scores in the solo, duet and team events.

The silver medallists in the 13-15 free team competition were Aquavision who achieved a total of 120.6010.

In third and taking bronze was London Synchro with an overall score of 117.9456. 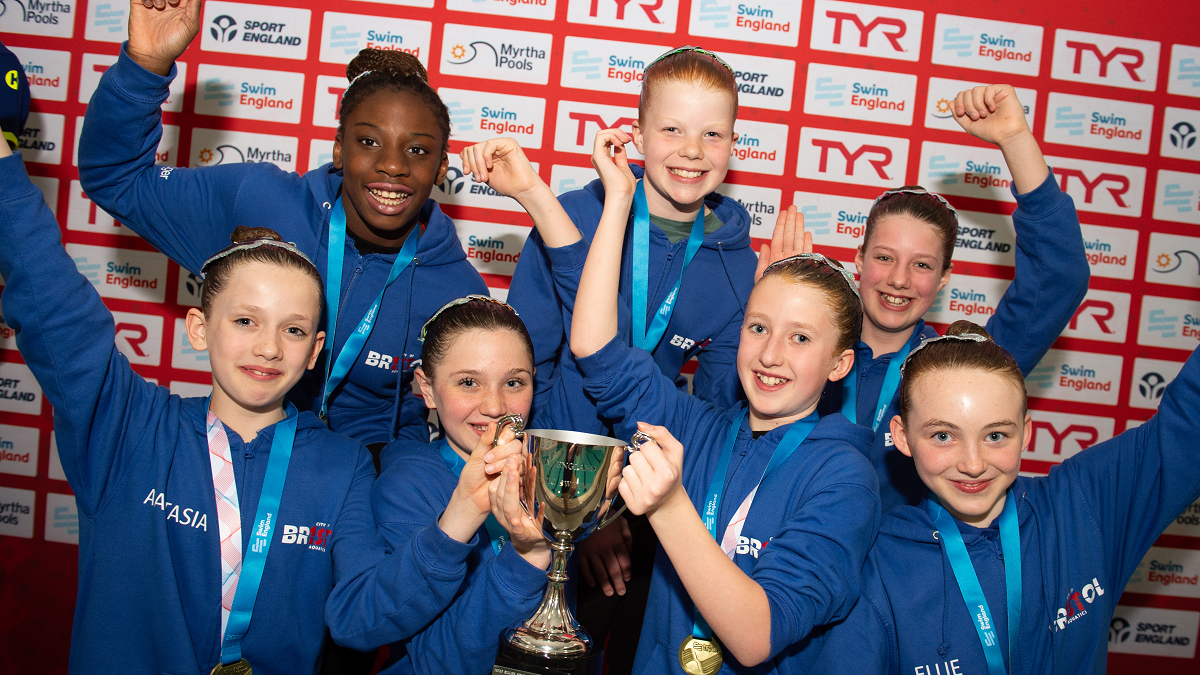 The Richard Whitehead trophy was awarded to City of Bristol after they finished on top in the 12 and under free team competition.

They are only the second club to ever receive the trophy, after it was first presented to Rugby at the championships in 2020.