Reading Royals A were crowned 13-15 years free team routine champions after City of Bristol were deducted two points which cost them the gold medal.

But they were judged to have performed too many acrobatic lifts in their routine at Gloucester’s GL1 Leisure Centre and were docked two points, which dropped them down to third place with a score of 121.5457.

It turned out to be a one-two for Reading as their B team of Madison Squire, Jessica Smith, Eleanor Blinkhorn, Mia Palmer, Claudia Connellan, Emilia Wood, Alexandra Thickett, Madeleine Staples and Charlie Razzell scored 122.9038 to take the silver medal.

Royals at the double to deny Hampson clean sweep 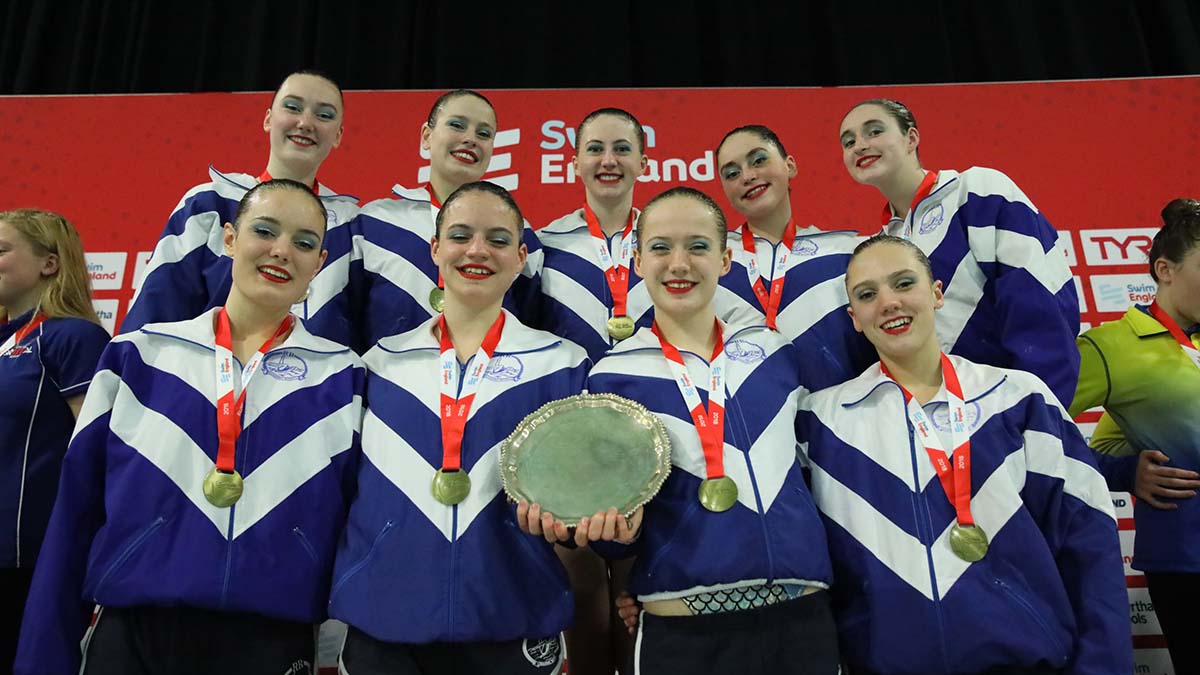 In the 15-18 years free team competition, Reading Royals claimed their second gold medallion the free team routine competition by the narrowest of margins.

Their victory denied City of Bristol’s Greta Hampson a clean sweep of medals over the weekend.

Hampson had claimed a hat-trick of first places with victory in the figures, solo and alongside Daniella Lloyd in the duet event.

But she had to settle for silver as she and Abby Foster, Anna Sledge, Cerys Hughes, Lloyd, Evie Garrett, Grace Cruickshank, Olivia Hall and Innez Merrett finished second with scores of 70.700 for the routine and 64.3107 fo an overall total 135.0107.

Hampson said: “It’s been really busy this year and this weekend is the cherry on top of the cake really. It’s been the most successful year of my synchro career – it’s been amazing and I have made so many good memories.

“I’m starting in the senior GB ranks in January and there is always room to improve.”

City of Leeds were the bronze medallists despite initially being docked points.

But they had a penalty imposed which saw them drop below Belgian club VZW Center of Excellence’s total of 125.6539.

However, Leeds were successful with an appeal against the points deduction following a video review and were eventually awarded the bronze medal. 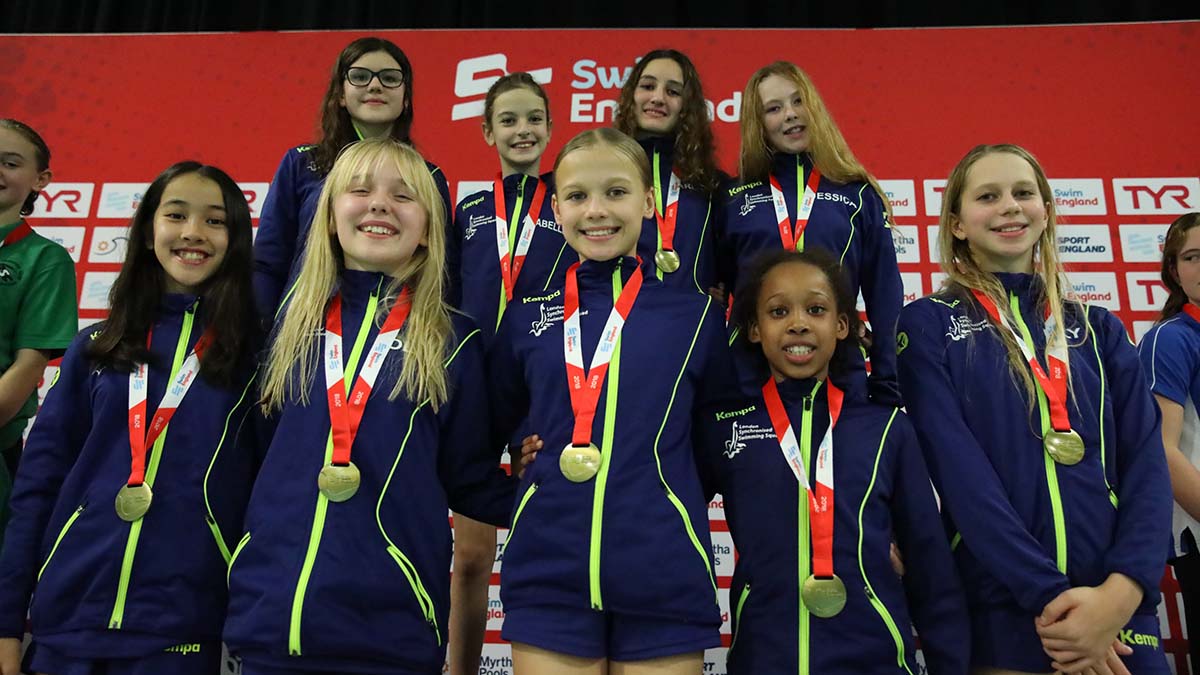 In the 12 years and under free team contest, London Regional continued their impressive weekend form to take the gold medal with an overall points total of 117.7869

Aisling Khan, Anabelle Sangiorgio, Carla Pietrafesa, Jessica Hinxman, Lily Halasi – who had felt well enough to compete after missing the duets through illness – Milan Kadrok, Ola Czarnowska, Olivija Urbonaite and Shamelah Nanton finished with a total of 58.8333 for their routine.

That was 3.3 points clear of silver medallists Rugby whose line up of Bethany Masters, Elizabeth Elliott, Eve Young, Imogen Ravenhall, India Townsend, Josephine Mozley, Lauren Coward, Lola Dudkowsky, Olivia Tyers and Tia Faulkner scored 55.5333 in the routine and 55.0916 in the figures for a total of 110.6249.

Reading Royals team of Beatrice Askar, Cara Zeidler, Florence Blinkhorn, Francesca Pringle, Isabella Vorster, Louisa Horlock, Naomi Morgan and Sofija Dakovic, finished on 55.3333 points for the routine and 54.9067 for the figures to end with an overall total of 110.2400 and the bronze medal.