She might have just been crowned BBC Young Sports Personality of the Year but diver Andrea Spendolini-Sirieix has revealed her excitement at receiving another iconic accolade – a Blue Peter badge!

The 16-year-old has admitted she is ‘honoured’ after becoming the first female diver – and only the sixth aquatics athlete – to be named BBC Young Sports Personality of the Year.

She follows in the footsteps of swimmer Kate Haywood, para-swimmers Eleanor Simmonds, Josef Craig and Eleanor Robinson and three-time winner Tom Daley and will receive her trophy live on BBC One on Sunday 20 December.

Crystal Palace Diving Club’s Spendolini-Sirieix was announced as the winner on the Blue Peter show on Thursday 10 December – meaning she also achieved a childhood dream.

She said: “I used to watch Blue Peter when I was little and I always dreamed of having the badge.

“I got the badge and I was so happy – I was so excited! It was such a great experience.

“I was excited to be on the [Young Sports Personality] shortlist, I didn’t know what to say – I was just smiling the whole day.

“I’m so honoured to be the first female diver to be have won it. I’m so excited to get the award.

“I’ve got my dress and I’m wearing heels for the first time so I’m a little bit nervous to walk in heels because I’m not used to it yet – I really hope I don’t trip!

“I’m just nervous for it to be on live television because there’s so many people that watch it, but I’m mostly excited!

“It’s going to be very Covid-friendly I was told. I can’t wait to see the other nominees because they’re such amazing athletes.

“Again, I’m so honoured to be among them to receive the award and I’m so happy!”

Spendolini-Sirieix explained the emotional reaction from her family and friends.

“My family were all really happy – my dad cried,” she added.

“My mum was so happy, my brother was really proud of me, my cousin sent me a video of them finding out because it was live and she screamed at the top of her lungs which made me laugh.

I hope I’ve made everyone proud 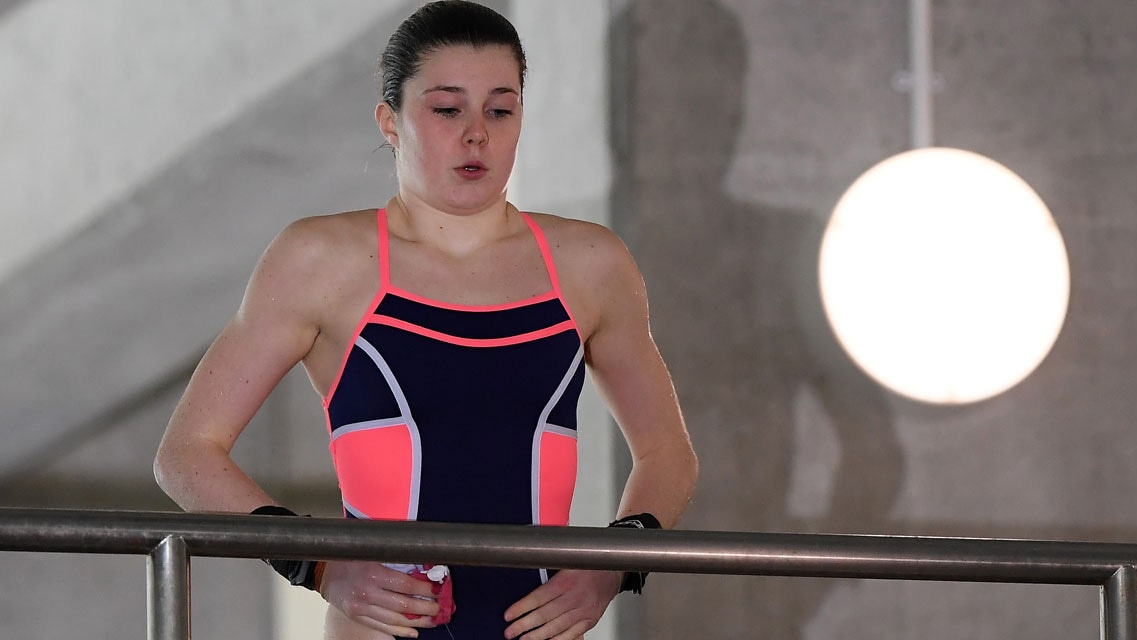 “My friends and my school were really supportive and really encouraging, I’m really lucky to have them in my life.

“Having everyone behind me just cheering me on, it’s a really amazing feeling.

“I hope I’ve made everyone proud. I’m really happy to have been nominated and to have won it.

“I’ve worked really hard and there’s been some times where I’ve wanted to give up, but I didn’t.

“For people who aren’t sure about diving or they’re scared of it – it’s just about taking the first steps and taking your time and having fun with it.”

The teenager’s hard work was clear after she made a fantastic start to 2020, with two maiden titles in back-to-back months.

Competing in the 10m Platform, Spendolini-Sirieix beat her personal best in both the prelim and then again in the final, topping the podium with 340.30 points.

In February, she then landed her first solo international gold medal as she triumphed at the FINA Diving Grand Prix in Rostock, again in the Women’s Platform event.

She said: “I got into the final [of the British Diving Championships] and I didn’t want to put too much pressure on myself. I wanted to have fun and do even better than I did in the prelim.

“And Rostock was such a great experience, it was such a fun competition.

“I went to get more experience, I didn’t go there thinking I would win. I wanted to win but there was so many amazing divers.

“In the semi-final, I had a bit of a stumble but I picked myself up and I didn’t let that stop me, and I got into the finals.”

Not long after her international success came the first of the national coronavirus lockdowns.

Spendolini-Sirieix explained that her strength and conditioning sessions and the virtual meetings with coaches and teammates are what helped her cope.

Now her sights are set on what she calls ‘every diver’s dream’ – to compete at an Olympic Games.

“In every competition I want to aim to beat my PB and my big dream is the Olympics,” she said.

On what it would mean to go to the Olympics and represent Team GB, she added: “I would cry. I’d be so happy that I would just cry!

“It’s every diver’s dream to go to the Olympics and for it to come true would be an amazing feeling, I don’t think I would be able to describe it.

“I could only say positive things about it – I wouldn’t know how to put it into words.

“But if I got into the Olympic team, I would definitely strive to be the best all the time.”