Biggin is also a member of the Swim England Diving Development pathway in the Team Z squad and he showed why as he set a new personal best on his way to victory in the Boys 9-11 Years 1m competition.

He was never out of the top three and took control after his third that left him in top spot.

His two best dives of the competition followed to ensure he won the gold medal with a total of 161.50

That left him 3.55 ahead of the rest of the field and he said: “This is not my best board, so I wasn’t really expecting anything

“But my first dive was really good and that kind of set a standard for the other dives.

“I really wanted a couple of medals, so I think I’ve accomplished that and I’m really happy.

“We have an assembly at school for showing things we’ve done, so I might take them in. 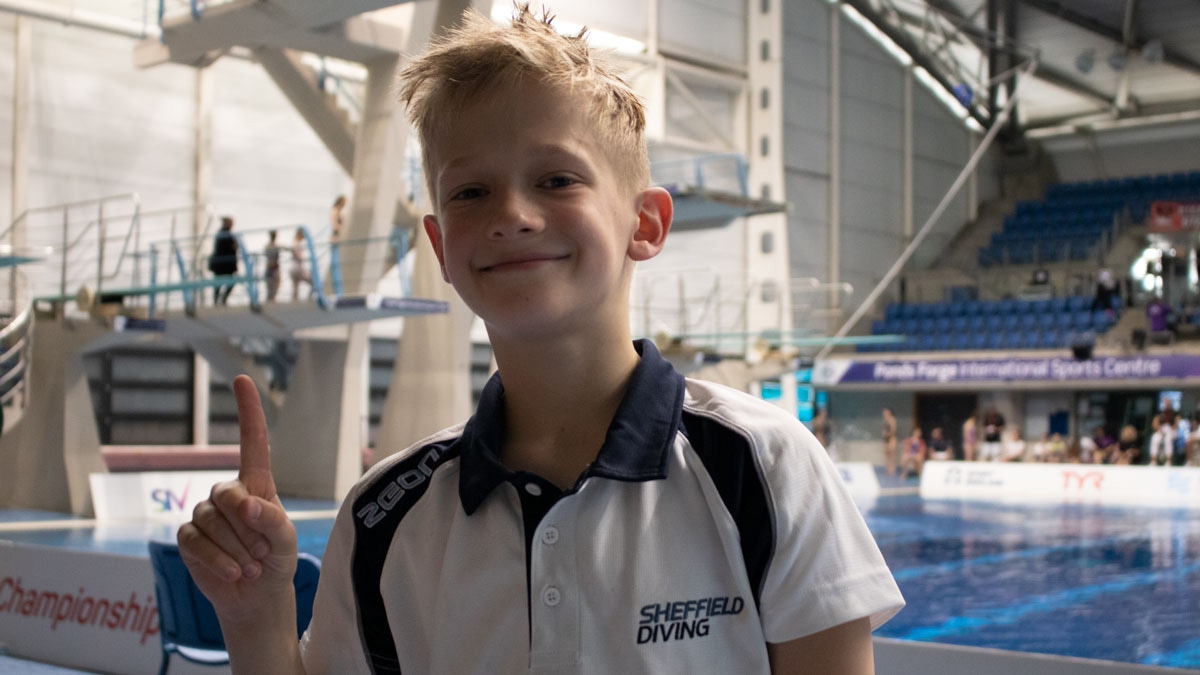 “Next year, I think I’m going to Junior Elites, then I want to become a professional diver.

“My idols are Chris Mears and Tom Daley.

“Chris went from a really bad injury and was given a five per cent chance of survival, then he came back and won an Olympic gold.

“Tom Daley has done so many things and gone through a lot, and he still dives really well.”

City of Bradford Esprit’s Joseph Verity climbed from fifth with two rounds to go to win the silver medal.

He scored 42.90 for his fourth jump, an inward one-and-a-half somersaults in tuck position to put him second but he had too much to do to catch Biggins.

The bronze medal was won by Dacorum Diving Club’s Oscar Kane, who scored 152.20.