Great Britain’s Phoebe Banks and Emily Martin were rewarded for taking a chance with their final dive at the LEN European Diving Championships, as they won silver in the Women’s 10m Synchro.

The pair headed into the penultimate round in second place after an error from the Russians provided an opening.

They took full advantage, scoring 67.20 with their inward three-and-a-half somersaults in a tuck position.

Banks and Martin just needed a consistent dive to seal the silver, but nothing was guaranteed as they attempted a back two-and-a-half somersaults with one-and-a-half twists for the first time in the competition.

Martin said: “We are quite happy with this medal. We kept our balance for the whole competition, our dives were on a consistently good level.

“We performed the last dive for the first time, so it was kind of a gamble, but it paid off in the end.” 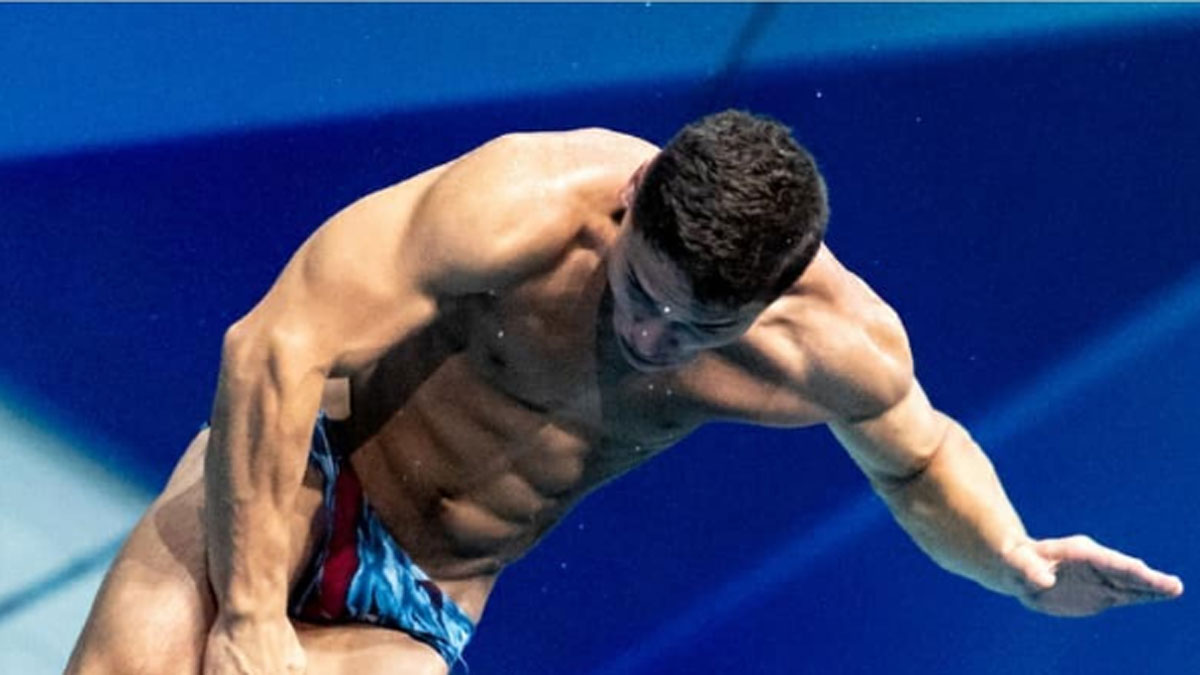 Jordan Houlden was just 0.35 points away from winning Britain’s second medal on day three in Kiev.

The 21-year-old was in fifth place heading into the final round of the Men’s 1m Springboard, just over a point away from the silver medal position.

With his most difficult dive to come – a forward two-and-a-half somersault with a twist – Houlden would have been confident of clawing his way onto the podium.

But he was undone by some brilliant dives from his rivals, finishing fourth behind Italian Lorenzo Marsaglia.

Houlden will take plenty of positives from the event, having dived consistently throughout and getting within 10 points of champion Patrick Hausding.