Ben Cutmore stormed to Group B Platform gold on the final day of the CAMO Invitational 2017 in Montreal.

Cutmore came into the Platform event on the back off silver medals in both 1m and 3m Springboards, finishing behing USA’s Tyler Downs in both.

But the 14-year old Dive London diver turned the tables on the American in the final event, ultimately taking the title by more than 50 points.

The result brought Cutmore his sixth medal for the English squad this season, having won 1m and 3m gold as well as Platform silver at the Mediterranean Cup in July. 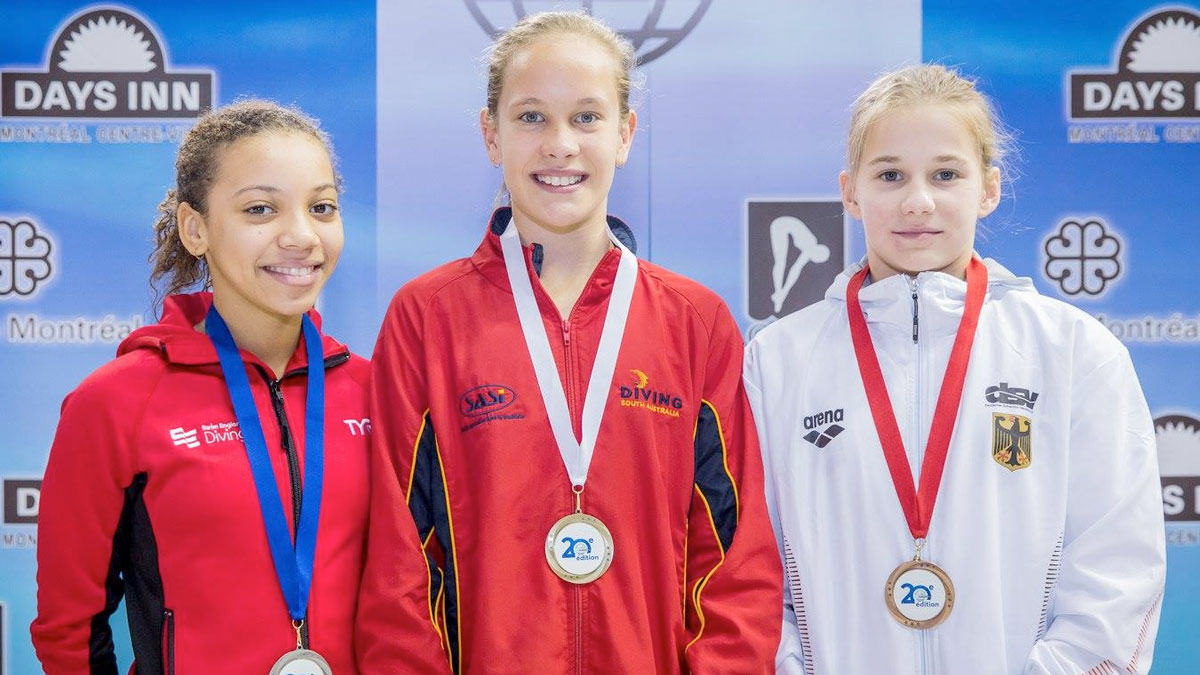 Houlden underlined her potential with second place in the Group C 3m Springboard.

The City of Sheffield diver had already won the 1m title in Canada, and won the British Junior Elites title from the 3m earlier this season.

Houlden’s teammate Florence Summers rounded off her meet with her best performance of the Championships in the same event.

The Crystal Palace diver, who was making her international debut in Montreal, placed sixth overall on 258.80.