Emily Martin and Andrea Spendolini Sirieix combined to win gold for Great Britain on the third day of the European Junior Diving Championships in Kazan.

The pair claimed 278.46 points in the Girls Synchronised Platform final, securing a dominant win by more than 20 points.

After a solid start, Martin and Spendolini Sirieix moved well clear atop the standings with their third dive – back two and a half somersaults and one and a half twists in a pike position.

They went even better with their fourth dive, picking up another 67.50 points with a forward three and a half somersaults in a pike position.

That all but secured the gold for the British duo, who rounded out a superb evening with a dive yielding 50.88 points to celebrate in style.

It was the second medal of the meet for Spendolini Sirieix, who helped Britain win silver in the mixed team event on the opening day. 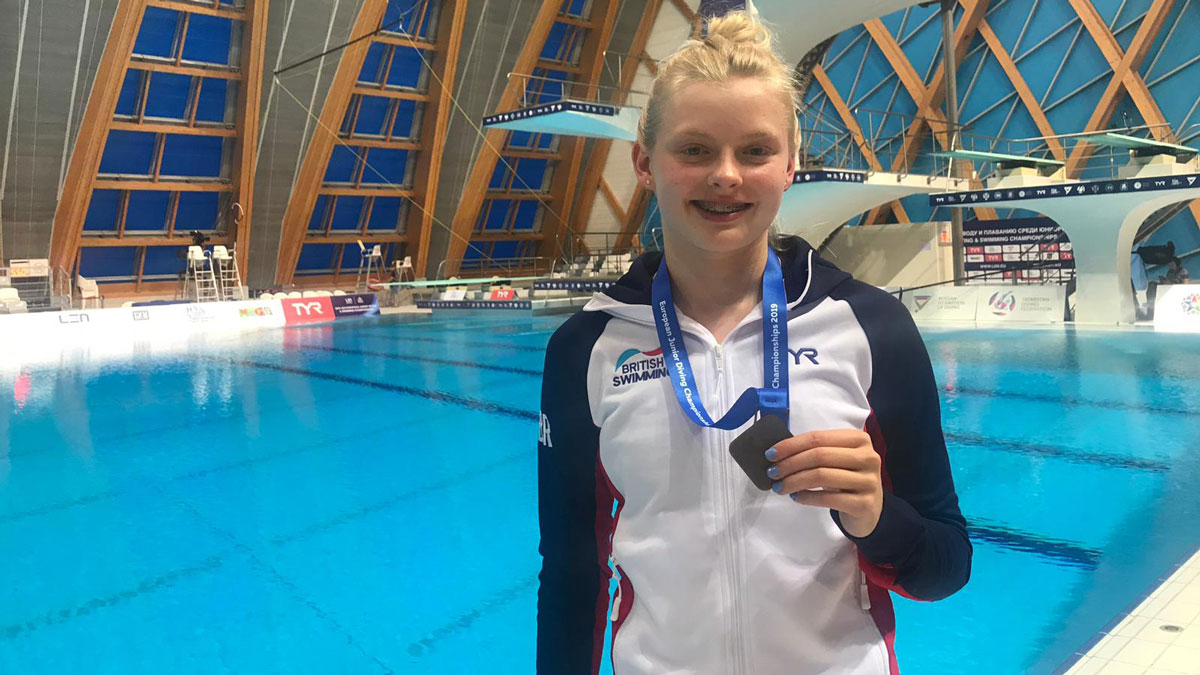 15-year-old Josie Zillig had earlier added to the British medal haul, winning bronze in the Girls A Platform.

Zillig comfortably qualified for the final in fourth position, picking up 362.00 points in the preliminary round.

She saved her best until last, though, closing the evening session with back-to-back dives for 67.20 points to finish with 385.50, snatching the bronze from Italy’s Chiara Pellacani.

There was mixed success for Britain in the Boys A 1m Springboard final.

Oliver Crompton was just five points off a podium place as he finished fourth with 460.45 points.

Cameron Gammage improved on his preliminary round score, but was 11th in a congested final, just 10 points behind the fifth-placed Swede.