Bronze for Britain on opening day of European Diving Championships

Great Britain made a strong start to the LEN European Diving Championships in Kiev, winning bronze in the team event on the opening day.

The team of Eden Cheng, Anthony Harding, Noah Williams and Katherine Torrance held on to pip France to the podium.

Torrance, the 3m Synchro Commonwealth silver medallist, got the team off to a solid start, scoring 58.50 points with her reverse two and a half somersaults in a pike position.

Harding then catapulted the Brits up the standings with a forward four-and-a-half somersaults in a tuck position.

That was the team’s most difficult dive and Harding was rewarded with 83.60 points.

Consecutive dives over 50 points – first with Torrance and Harding combining from the springboard and then through Cheng’s back two-and-a-half somersaults with one-and-a-half twists off the platform – had Britain second heading into the penultimate round. 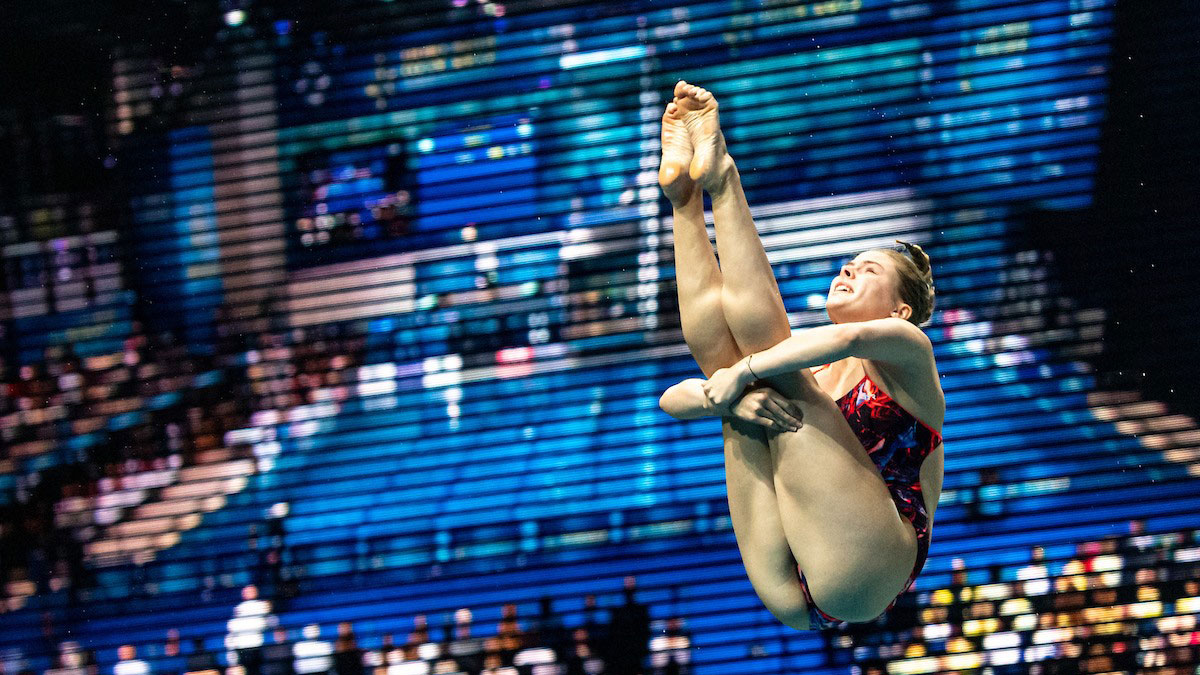 British champion Williams kept them in the hunt from the platform with an impressive armstand back double somersault with two-and-a-half twists for 77.40 points.

The French had applied the pressure with a huge fifth dive, but Cheng and Williams teamed up to guarantee the bronze medal for Britain.

Cheng will be back in action to contest the Women’s Platform final on Tuesday evening.