The Crystal Palace Diving Club youngster climbed into second place with her superb third dive – a forward two-and-a-half somersaults which earned her 37.20 points.

She then navigated her toughest dive – an inward two-and-a-half somersaults – to move into top spot with one dive remaining.

Calm under the pressure, Burrows Mackley produced hers and the competition’s second best dive – a reverse for 37.05 points – to win gold with 166.40 points.

This has proved a successful week for Burrows Mackley, who won the 1m title on Friday.

“I’m very happy to win two golds. I’d probably say I performed even better in this competition,” she said.

“I’m diving again tomorrow in the platform, so hopefully I’ll be able to get another gold.” 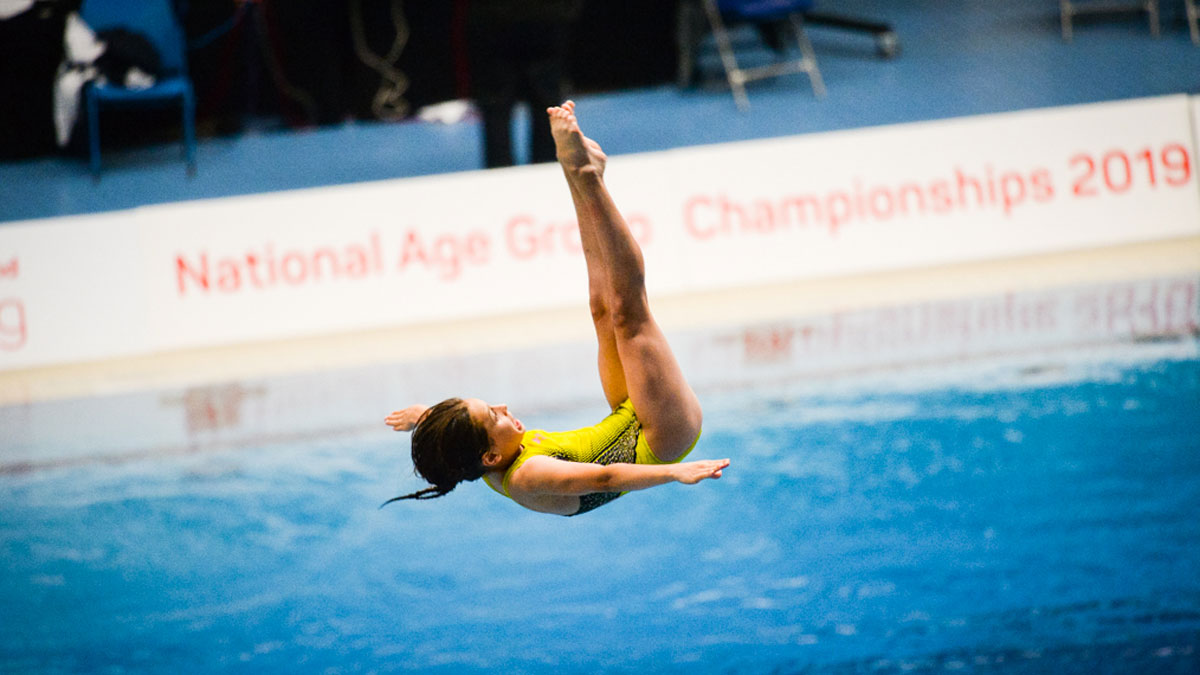 Scarlett Colbourne was fifth heading into her final dive, but produced her best dive of the competition to win the silver medal.

The Plymouth diver closed with a forward one-and-a-half somersaults with a twist, earning 34.65 points to finish on 154.50.

City of Sheffield’s Chloe Strutt rounded out the podium, winning bronze with 152.95 points.