Eden Cheng dominated the 3m Springboard event in the second session of the NAG Diving Champs 2016, while Lexie Howard claimed her second gold of the competition.

Cheng of Crystal Palace Diving Club put in a fantastic performance in the Girls B 3m Springboard, finishing with a 25 point lead to claim the gold medal with 291.65.

Cheng said: “It feels really good to get a gold medal, I was hoping to medal in this event because my dives have a high DD, higher than a lot of the other divers I think.”

I have the 3m and the Platform coming up and I’m feeling confident.

Elizabeth Hanlon of Star Diving took silver, the second of the session for her club, scoring 266.25. Marney Eason of Southend took bronze with 261.70.

Howard and Doran return to podium

Synchro partners Lexie Howard and Francesca Doran were back on the podium today after taking a one-two for Dive London Aquatics Centre. 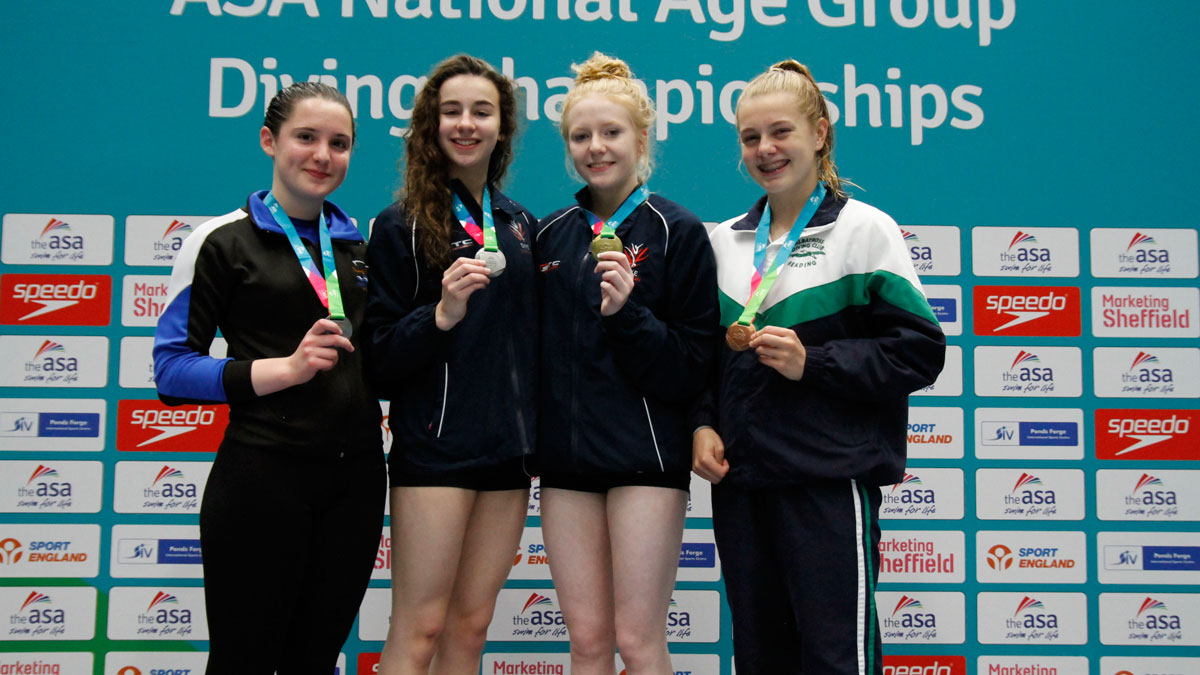 Howard, who has recently moved to the club, took the top spot with 298.35, securing her second gold of the competition in the Girls A 1m Springboard event.

Doran put in a solid effort too, finishing almost 18 points ahead of third. She took silver with 285.35. Albatross Diving’s Charlotte West claimed the final place on the podium with 267.80.

In the Boys B Platform, Plymouth divers claimed two medals, taking first and third. Connor West took the gold with 228.05, while Thomas Davis claimed bronze with 205.80.

West commented on his win: “I feel very happy about my gold medal and I am very pleased with my performance. I’ve got the 3m tomorrow and the 1m on Sunday, so I’m feeling pretty confident about those now.”

I was hoping to medal coming into the event, but I didn’t expect to get gold.

Ollie Breach of Albatross Diving took the second medal of the session for his club, challenging West all the way to the final dive. He took the silver with 221.40.

In the Boys D 3m Springboard event, Crystal Palace Diving took their second medal of the competition thanks to a great performance form Jack Jefford. He secured gold with 208.85, a full 28 points ahead of second place.

Wilfred Johnson of Star Diving Club just clinched silver, after a tight competition with his Luton Diving rival. He finished with 180.70. Luton’s Hugo Thomas followed up for the bronze medal, taking the final podium spot with 179.55.