Close finish in Boys’ Group B Platform at NAG Champs

There was only 0.65 points separating gold and silver in the Boys’ Group B Platform event on the second day of the Swim England Diving National Age Group Championships.

City of Sheffield diver Elliott Dillan’s clean and consistent performance saw him clinch the title with a score of 258.65.

Ethan Jones, of Albatross Diving Club Reading, finished agonisingly close in second with a total of 258.00 points. His stand out dive was a back 1½ somersault with 2½ twists, which scored him an impressive 56.00 points – the highest scoring dive of the event.

Malcom Green, Albatross Diving Club coach for Jones and Shaw said: “I think they both had a very good competition.

“Quinn’s dives were really good, just dropped his optionals a bit. Ethan was very consistent throughout.

“They both deserved the medals they got.”

Second gold for City of Sheffield

Amelia Scott secured another gold for City of Sheffield in the Girls’ Group B 3m event.

Georgia Davenport, Scott’s coach, said: “A really good performance by Amelia. She got a PB and it’s her first time in Group B category so it’s a really nice surprise for her.” 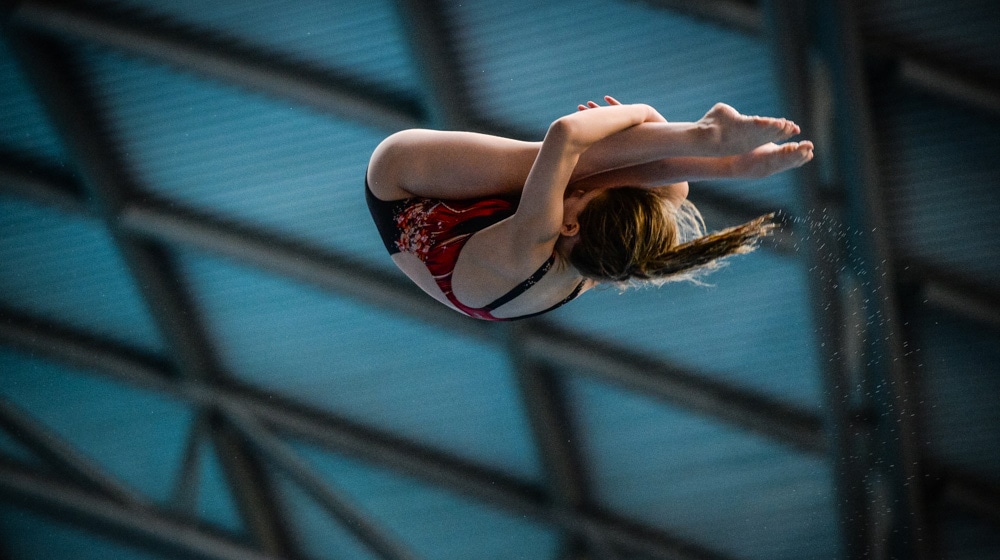 Her best dive by a cool six points was her inward 1½ somersault in pike which scored her 44.40 points.

Silver and bronze for Crystal Palace

Toby Murrison-Waller, from Crystal Palace, was in pole position going into the final dive.  But his forward 2½ somersault in pike only scored 36.30 and left him in second position on 178.05 points.

Guest diver Zac Pollard, from DuDive Dubai, finished with a total of 187.75 points but did not take home a guest medal.