Noah Williams says Team England’s dominance of the diving medals at the Birmingham 2022 Commonwealth Games is a driving factor in motivating the rest of the squad.

Five of the eight golds won so far have gone to Team England – and the host nation has picked up half of the total medals to have been presented in the first three days of the diving competition.

Williams has one of those after winning gold in the Men’s Synchronised 10m Platform alongside Matty Lee.

But the achievements of his room-mates Daniel Goodfellow, Jordan Houlden and Jack Laugher in securing a clean sweep of the podium places in the Men’s 3m Springboard plus other triumphs throughout the competition is making the team want more.

Williams said: “Definitely. We are sharing a flat with each and when they come back with medals, it makes you also want to come back with a medal on competition day.”

He qualified second from the preliminary round of the Men’s 10m Platform with a score of 427.40.

His synchro partner Lee was just behind in third on 424.05 points, while Matthew Dixon also progressed to the final in 11th spot on 316.20.

Williams spoke of competing against Lee saying: “I really enjoy it – I don’t know he finds it.

“We have got a good relationship, it’s very competitive – sometimes he wins, sometimes I win.

“I came out on top in the prelim but that means nothing when it comes to the final.

“It was a good prelim, very steady, up in second place.”

Lee said it would be great if the English trio could replicate the performance of Goodfellow, Houlden and Laugher in tonight’s final.

He said: “In one apartment there’s me, Noah, Dan, Jordan, Jack and Anthony.

“All three who were on the podium last night were all there and all of us have a medal so it’s a very successful apartment.

“I’m just thrilled for them – to see three English lads or lasses on the podium is a very special thing.

“Hopefully we can replicate that tonight but it’s going to be tough, though

“It’s the highest-standard competition in diving because six of us were the top 10 at the world championships.” 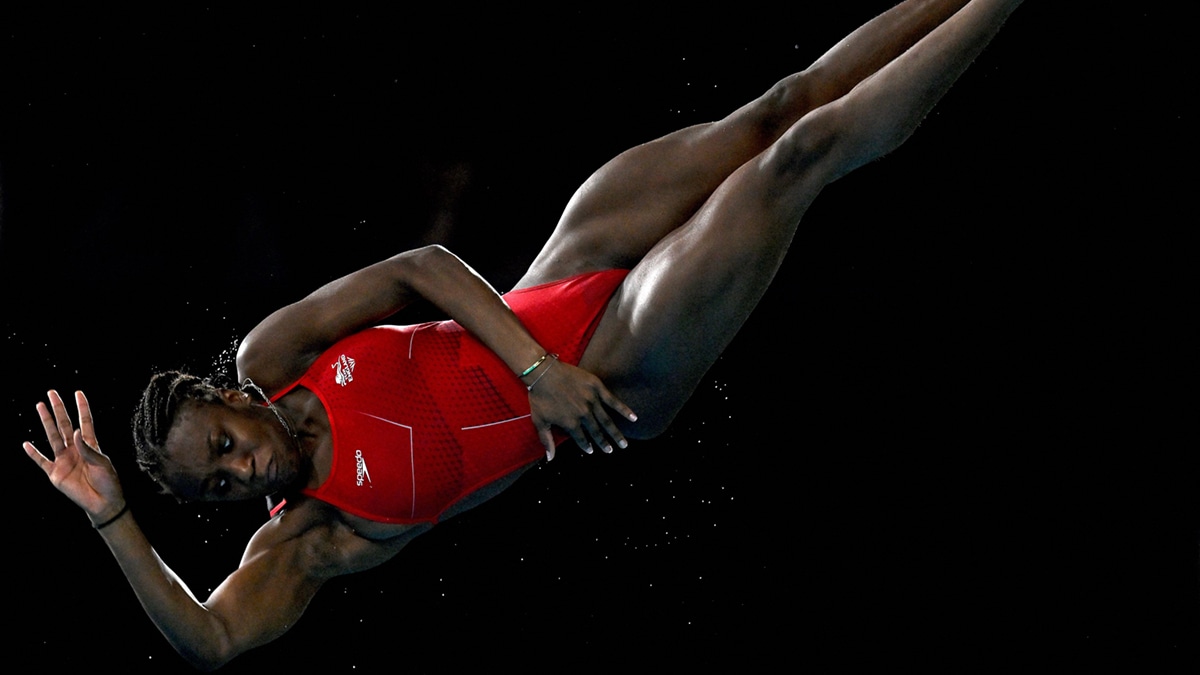 Desharne Bent-Ashmeil says is aiming to go into the Women’s 3m Springboard final ‘relaxed and happy’ – and has also been inspired by Team England’s medal winners.

The 17-year-old qualified in third place from the preliminary round with a score of 294.30.

Bent-Ashmeil said she had shaken off the nerves after competing in the Women’s Synchronised 3m Springboard final yesterday, when she finished fourth alongside Amy Rollinson.

“It was quite nerve-wracking in yesterday’s event,” she said.

“I was really overwhelmed by the crowd but today I feel like I was more used to it so I was able to focus on my diving.

“The crowd are a really good source of motivation as there is someone behind you, supporting you.

“I also see all these people that have all these medals and see it as inspiration and something I aspire to be, hopefully.

“I don’t really have any expectations [for the final] – just to be consistent with my dives and not feel too stressed out.

“When I’m stressed out, I don’t do as good so just relax and be happy.”

Smith said of her first experience of the Games: “It was brilliant – it’s kind of everything that I thought it was going be.

“The crowd is just amazing. It was really overwhelming at the start and I was like ‘oh my God’ and it kind of shocked me but I found it really good.

“One of my dives could have gone a bit better but that’s what I need to work on before the final.

“[There’ll be] less nerves but a few.

“I’m feeling more confident now because I’ve done the other dives in front of a crowd.”