Matty Lee said he was ‘really happy’ to have won a second Birmingham 2022 Commonwealth Games medal – as he feared he had blown his chance of being on the podium.

He was third going into the final round but then picked up 99.90 points for his forward four-and-a-half somersaults in tuck and briefly moved into second.

However, Australia’s Cassiel Rousseau then earned 103.60 for the same dive to take the gold – leaving Lee in third behind the silver medallist, Rylan Wiens of Canada.

“My second dive wasn’t very good and I thought I was out of it.

“I was really annoyed but diving is really unpredictable – there will be people messing up all around.

“You have got to ready for that so I brought myself back up and I was like ‘do some good diving, just try and pull through’ and I managed to do that.

It was good fun 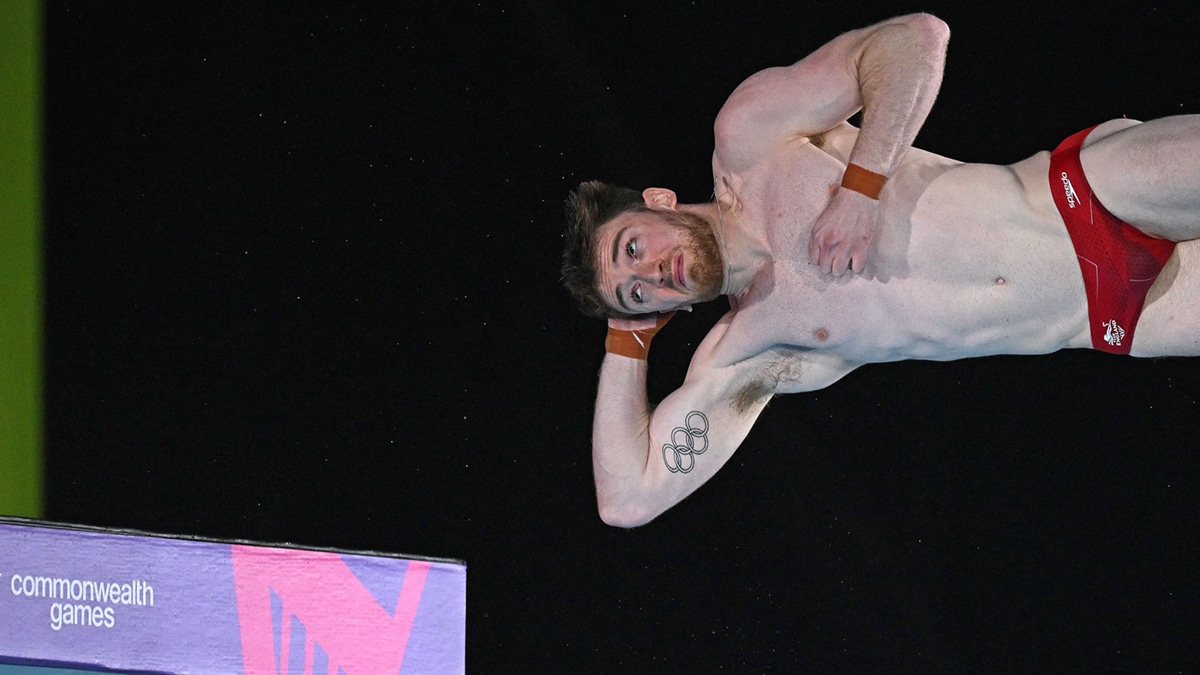 “It’s not the best dives I’ve done but I’m genuinely really happy. It’s my first year back as an individual so I’m really happy with the bronze.”

Lee was thrilled with his final dive and added: “It’s weird one.

“If I did a really good list all the way through and ended on a really rubbish dive, I’d be fuming.

“It’s a psychological thing. Whatever you end on is what you remember most.

“So I’m really happy that I’ve ended my whole Commonwealth Games in Birmingham on 99.90 doing a forward four-and-a-half somersaults.

“To do that in front of a home crowd was great. I’m so happy for myself,  for Team England and for everyone watching – it was good fun.”

He had qualified second from the morning’s preliminary round but missed a couple of dives in the final and finished seventh on 408.90 points.

He scored only 40.70 in his last round – a forward four-and-a-half somersaults – but had no regrets trying to chase a big dive.

It wasn’t meant to be

“I was more annoyed with my fourth round dive to be honest [an armstand back two somersaults, two-and-a-half twist which earned him 54.00 points].

“After that, I was chasing people and on my last dive I knew I needed around roughly 10s to get a medal.

“I could get sevens really easily but that wasn’t going to help me medal so I thought I’d go for a big one and it didn’t pay off.

“But I’m glad I tried to do a good one rather than being what if I tried.

“Earlier this year in the nationals, I needed a good last dive.

“I think I needed around eight and a halves just to qualify for this event so I did a similar kind of thing and it paid off that time – but this time it just wasn’t meant to be.”

Matthew Dixon had also qualified for the final but he withdrew as he was suffering from a back injury.

He complained of feeling discomfort following the preliminary round but despite undergoing treatment, he was unable to compete.

Trio all improve in final 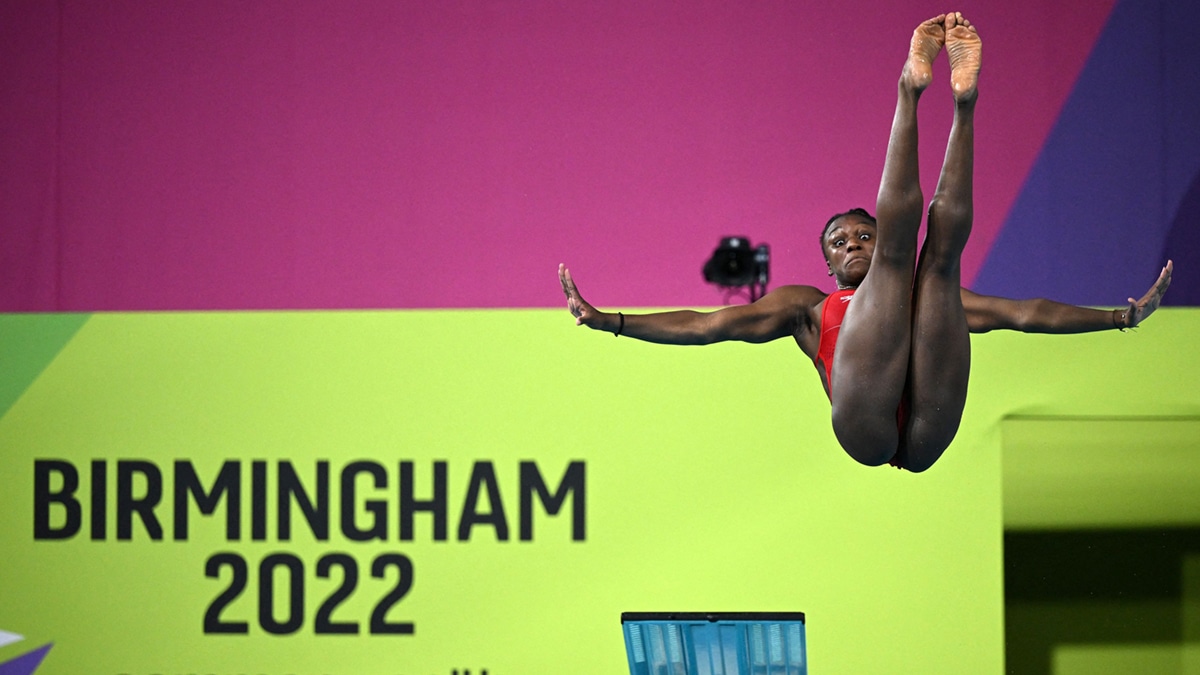 Teenager Desharne Bent-Ashmeil finished fourth for the second time at the Commonwealth Games and revealed she had only been working on some of the dives in her list a week before arriving in Birmingham.

Despite missing out on a medal again, she said: “That was so much fun.

“I haven’t been diving two of these dives for a really long time. It was only like a week before we came here that I re-learned these dives to compete them here.

“I’m just going to go back to training and and keep doing these dives to see how much more I can progress with them.

“It’s been really good, exciting and I can’t wait for more events like this to happen.”

Cheered on by her brothers and sisters, Bent-Ashmeil praised the supportive Sandwell crowd.

“At first, yesterday, it was really overwhelming,” she said.

“I’ve got used to it and it started to sink in that they are not trying to distract me, they are trying to motivate me to do better.

“Towards the end, I felt more supported by them.”

Yasmin Harper and Evie Smith joined Ashmeil-Bent in the final with the duo finishing sixth and 10th respectively.

They also both improved their scores form the preliminary round, with Smith setting a new personal best total of 275.90.

Harper, who scored 306.40, said: “It’s great to see people are so interested in the diving here.

“I’m so happy so loads of people came to watch. It’s been a great experience.

“This is a big competition. I’m trying to get as many comps as I can and as much experience so heading into the future I can do better.

“There’s quite a few girls on springboard starting to look really good so it should be a promising future.”

Smith said: “I’m over the moon.

“I came here and it was all about taking it all in. It’s a first senior comp and the crowd was amazing

“The prelim was good but it wasn’t great and I’m glad I’ve just improved so I couldn’t ask for anymore.

“Earlier, I was nervous and I just told myself that I need to enjoy it and that’s what I did.

“I just went back and made sure I had a smile on my face all the way through and that just calms me down a bit.

“They are all there supporting you and it’s just such an amazing feeling when they cheer for you – it’s really overwhelming. I’m just so happy.”