Daley and Reid were chasing their third international medal together, having combined to win silver in Budapest two years ago and gold at the 2016 European Championships in London.

They made a steady start, opening with a back one-and-a-half somersaults with a half twist, followed by a reverse dive piked, sitting third after two rounds with 95.40 points.

Their degree of difficulty stepped up to 3.0 in the third round and they comfortably kept pace with the leaders, scoring 68.40 points with an inward two-and-a-half somersault piked.

That left Britain less than five points behind the Canadian leaders with two rounds remaining.

Daley and Reid would have hoped to make their move in the fourth round, but they instead slipped down the leaderboard.

A back two-and-a-half somersaults piked added 61.20 points to their score, leaving them in fourth place – nine points outside the podium places – heading into the final round. 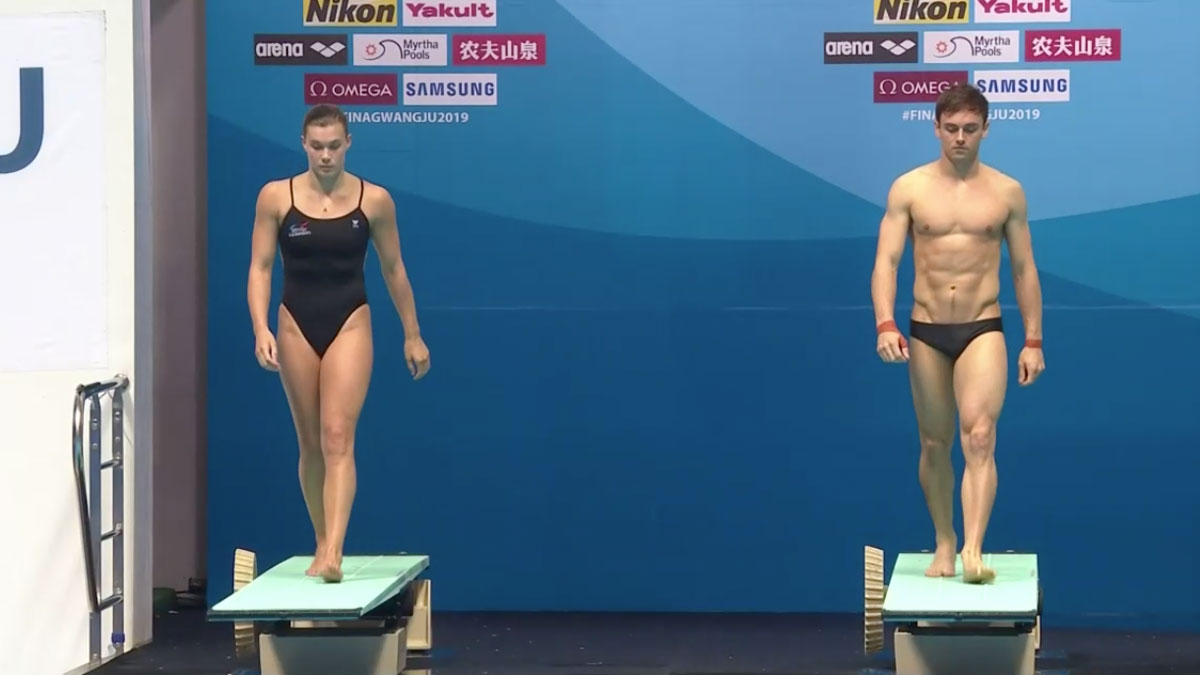 Their highest degree of difficulty – 3.1 – was still to come and with two of their medal challengers closing with a 3.4, Daley and Reid needed to finish with their best dive of the competition.

They did so, producing a near flawless forward three-and-a-half somersaults for 73.47 points – the highest individual dive of any team.

That left them on 298.47 points, just over three points behind third-placed Germany and within seven of gold medallists Australia.

Daley will hope to claim Great Britain’s fourth medal of the championships as he defends his men’s 10m platform title later in the day, with Noah Williams also in action.