Tom Daley has brought the European Aquatics Championships to a close with a silver-medal winning performance in the Men’s 10m Platform final.

The diving veteran, who won Great Britain’s first gold medal of the championships alongside Matty Lee in the 10m Synchro event on Saturday, finished with a total of 533.30 points.

Daley’s first dive impressed as his reverse 3½ somersaults with tuck earned 98.60 points and gave him an early lead.

After faltering slightly on his second dive, which scored just 65.60 points and left him in 5th place, Daley had some work to do in order to claw himself back onto the podium.

He did that in style, the two-time World champion and three-time European champion showing real class on his fifth and penultimate dive (4½ somersaults with tuck) earning him an outstanding 109.15 points – a personal best score for a single dive.

That dive brought him to within 17 points of the leader, Russia’s Aleksandr Bondar – who maintained the gold medal position and ultimately won the event with 564.35 points. In third place was Victor Minibaev of Russia with 530.05 points.

Daley said: “I am very happy. After that second dive put me down, going into the last dive I knew it was almost impossible to win. But I am proud that I managed to fight my way back after that setback.

“I learned a valuable lesson from diving here. It was the little things and a one-off mistake that went wrong, it was not a technical fault which is important.

“Overall the last two weeks in Tokyo and here were a great experience for me as a diver. I have to stay present, focused during the whole diving race.”

Fellow Team GB diver Noah Williams had an extremely strong start with his first dive – an armstand back 2 somersaults, 2½ twists dive which had a 3.6 degree of difficulty. That dive earned him 91.80 points and put him in the bronze medal position after the first round.

A consistent performance throughout resulted in a fifth-place finish for Noah, who holds a silver medal from the Synchro edition of this event from the 2018 European Championships. 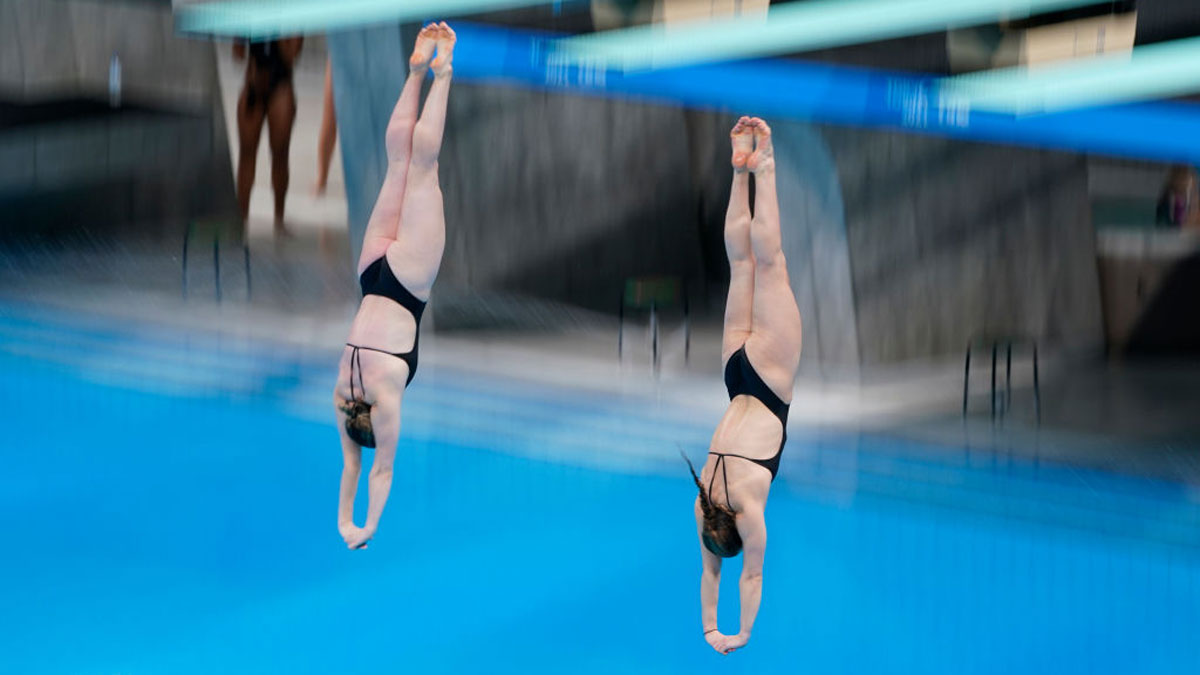 Also in action were Grace Reid and Kat Torrance, who narrowly missed out on a medal in the Women’s 3m Synchronised final.

The Team GB pair finished in fourth position after coming extremely close to a podium finish.

A total of 290.70 points earned them a fourth-place finish behind the Russian duo of Uliana Kliueva and Vitaliia Koroleva, who were just 0.30 ahead with 291.00 points.

Reid and Torrance started the final strong and were tied for second position after performing their two required dives, which earned them a combined total of 97.20 points.

Their first dive of the final, an inward dive with pike, was one of the two highest-scoring opening dives – earning them 49.80 points and equalling the mark that would be set by the Italian pair of Elena Bertocchi and Chiara Pellacani (49.80) in the same dive.

A forward 2½ somersaults, 1 twist with pike was their best optional dive and clocked 67.50 points on the scoreboard for the Leeds and Edinburgh divers.

In the end, their performance was just outside what they needed for a European medal. The event was won by Germany’s Lena Hentschel and Tina Punzel (307.29 points), while the silver went to the aforementioned Italian duo Pellacani and Bertocchi (307.20 points).

Great Britain’s diving team leave the competition with the fourth-highest medal tally overall. Throughout the course of the week, they won 6 medals: 1 gold, 4 silver and 1 bronze.