Divers are honoured at the Swim England National Awards

It’s certainly been a golden 12 months for Jack Laugher – and it’s been topped off with a Swim England National Award.

The City of Leeds diver, who celebrated a clean sweep at the 2018 Commonwealth Games as he won a hat-trick of gold medals on Australia’s Gold Coast, was named Performance Athlete of the Year for diving at the ceremony held at the University of Birmingham’s Great Hall.

He followed up his success in Australia with two more podium-topping performances at the European Championships in Glasgow, where he also picked up a silver medal.

If that wasn’t enough, 23-year-old Jack also added a FINA Diving World Cup silver and bronze medal to his collection.

Laugher said: “Thank you so much for this award – it means so much to me.

“I’ve had such a fantastic year and these awards are the testament to it all and the pinnacle of it all. It’s amazing to be in Birmingham and have everyone cheer me on is brilliant.” 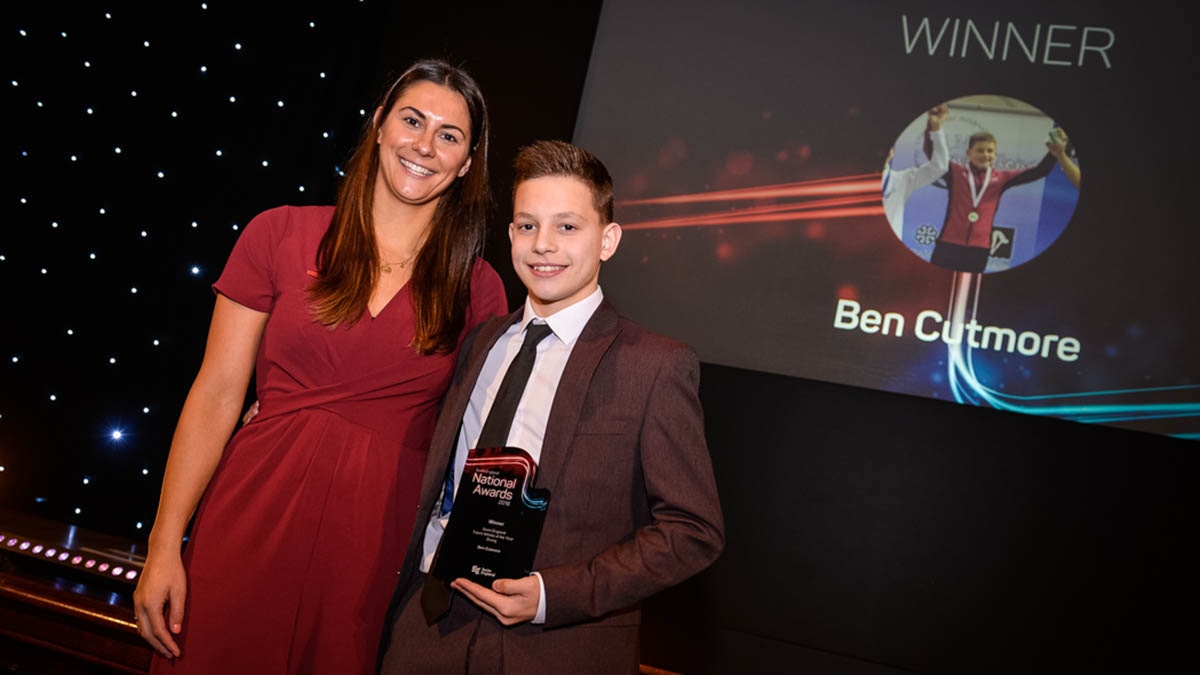 First he struck gold at the 2018 European Junior Championships in Helsinki.

Cutmore, 15, who started diving when he was seven, won the Boys’ B platform title by an impressive 48.35 points as he finished with a score of 429.70.

And then Cutmore, who trains eight times a week, was also part of the successful Great Britain team that won the Mixed Team event at the Fina World Junior Diving Championships in Kiev.

His achievements ensured he was named Swim England’s Talent Athlete of the Year for diving.

He said: “It means a lot to me because there are so many talented young divers out there at the moment.

“To get this award and to be recognised as one of the best divers feels so good. It’s taken a  lot of determination to get here and I’d like to thank everyone who has supported me.”

Spirit of the Commonwealth Games Award

She finished with a total of 344.20 points and said: “I wasn’t expecting a medal at all. I just really wanted to dive well and I’m really pleased with how I did.

“It was a really tough field  so I’m really pleased. It’s amazing to do this in the individual, it means a lot.”