Great Britain’s successful start to the European Junior Diving Championships continued with two medals on the second day of competition in Kazan.

The Dive London pair had two scores above 60 points for an impressive total of 276.69.

They finished only behind the strong Russian duo of Uliana Kliueva and Vitaliia Koroleva, who successfully defended their European junior title with a score of 291.00.

Mew Jensen, who won her first senior title at the British Diving Championships earlier this month, will now head to Gwangju for the World Aquatics Championships, where she will compete in the 1m and 3m Springboard. 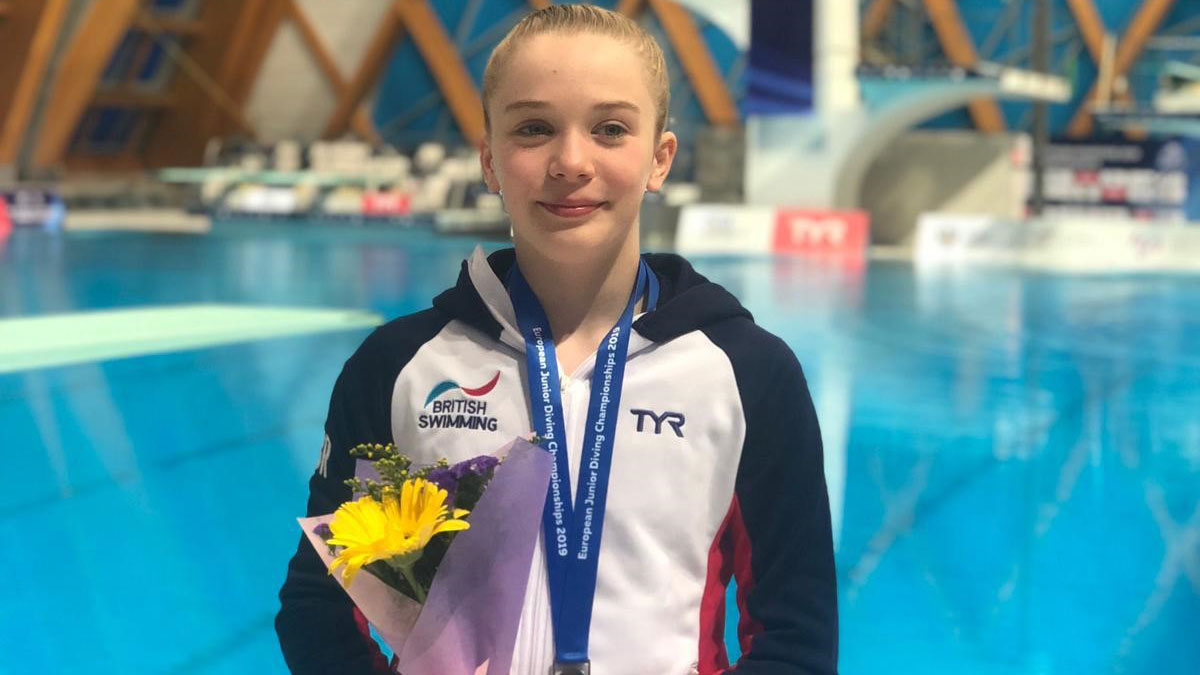 There was plenty of promise heading into the Girls B 3m Springboard final, with Desharne Bent-Ashmeil having finished 25 points clear at the top in the preliminary round and Callie Eaglestone qualifying fourth.

But Bent-Ashmeil, who helped the mixed team win silver on the opening day, was made to rue a slow start, before a brilliant backward two and a half somersault pike ensured she finished with 330.10 points to sit fifth.

There was still joy for Britain, though, as Eaglestone produced three consistent dives, closing with 52.65 points for a total of 337.65 to take the bronze medal.

Boys step up in final

Leon Baker and Nathan Bull both comfortably qualified for the Boys B 1m Springboard final, within 20 points of the Croatian leader, David Ledinski, in a competitive field.

Baker made a significant improvement in the final, adding more than 25 points to his overall score to challenge for a medal.

But the Southampton Diving Academy product was pipped to bronze by only two points, finishing fourth behind Italy’s Matteo Cafiero with a total of 384.65.

Bull was three spots behind in seventh, his total of 361.90 points just shy of his tally in the preliminary round.