Edward Beal won his second national diving title in as many days, taking gold in the Boys 16-18 Years Platform at Ponds Forge.

The Albatross Diving Club competitor admitted his surprise on Friday after winning the 1m crown at the National Age Championships, but he always looked in control on Saturday.

Diving from the 7.5m platform throughout, Beal made a statement with his penultimate dive – an inward two-and-a-half somersaults for 44.55 points, which all but confirmed he would take home the gold.

Beal closed with a back two-and-a-half somersaults to take his total to 242.05 points, almost 20 clear of his nearest rival.

He said: “I’ve got the 3m tomorrow, so a hat-trick of medals would be an interesting dream.

“I don’t know how 3m will go, because I know some of the other guys definitely have strong lists, we’ll just see how it goes.

“But either way it’s still been a successful event, I wasn’t really coming here expecting to win anything so already having two is fantastic and I’m really happy with that.

“I’ve competed here [at the National Age Group Championships] a few times before but last year I got a silver on 3m and that was my first NAGs medal so to go from one silver to two golds is amazing.” 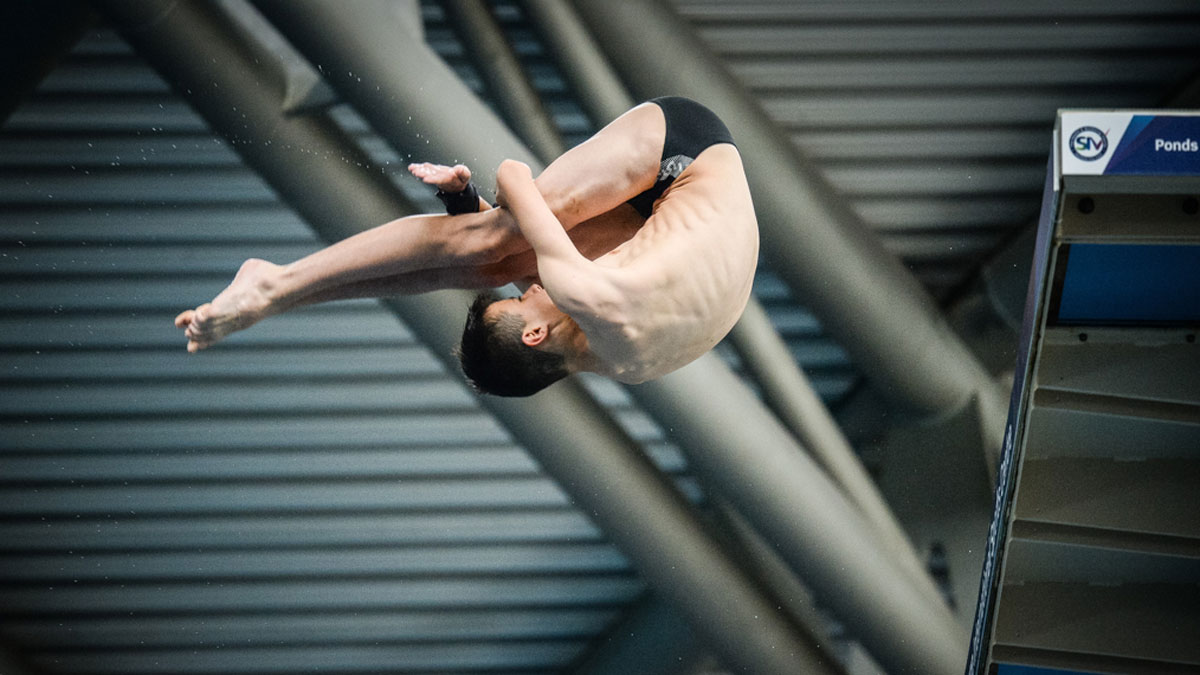 Southampton Diving Academy rounded out the podium as all three of their representatives finished within three points of each other.

Their teammate Thomas Macfadyen was just 0.20 points behind Targett, as he ended in fourth.

Meanwhile, the two guests in the field both added real value to the competition.

McConnell had four dives over 40 points, including one from the 5m platform.

Cooper Ross picked up a commemorative bronze medal, placing just ahead of Holley with 224.50 points.