Andrea Spendolini-Sirieix and Lois Toulson have been crowned European champions on their first appearance as a partnership.

They triumphed in the Women’s Synchronised Platform Final by 4.74 points to claim their second gold medals each in Italy – after only one day training together.

After making a steady start, they leapt to the top of the leaderboard after round three and never relinquished their grasp on the gold.

They earned 68.40 for their forward three-and-a-half somersaults in pike to put them in pole position and although the Ukranian duo of Kseniia Bailo and Sofiia Lyskun reduced their deficit in the penultimate round, Spendolini-Sirieix and Toulson were not to be denied.

They achieved the joint-highest score for a dive in the entire competition, earning 72.96 points for their back two-and-a-half somersaults, one-and-a-half twists in pike.

That ensured they broke the 300-point barrier, finishing on 303.60 to top the podium ahead of the Ukranian duo.

It gave Spendolini-Sirieix her second European title after she won gold in the individual platform final, while Toulson triumphed in the Mixed Synchronised Platform event alongside Kyle Kothari.

Toulson said: “For me it’s been a bit of a rollercoaster season with some high’s and some lows – the high’s definitely outshine the negatives and I’m definitely pleased to be finishing here on a gold with Andrea.

“We finish on a twist dive – I think it’s both one of our favourites and when we were going up the stairs we knew it needed to be a good one, but we were like this is the last dive of the season for us so just go for it and we both managed to do a good dive.”

Spendolini-Sirieix added: “I definitely think since Tokyo I’ve learnt how to deal with pressure and have fun in competition most importantly.

“Today it was so much fun, we had fun with our coaches and fun in training.

“With that being the first time we’d done this together on 10m, to be able to pull it out the bag in a competition like that just has no words really.” 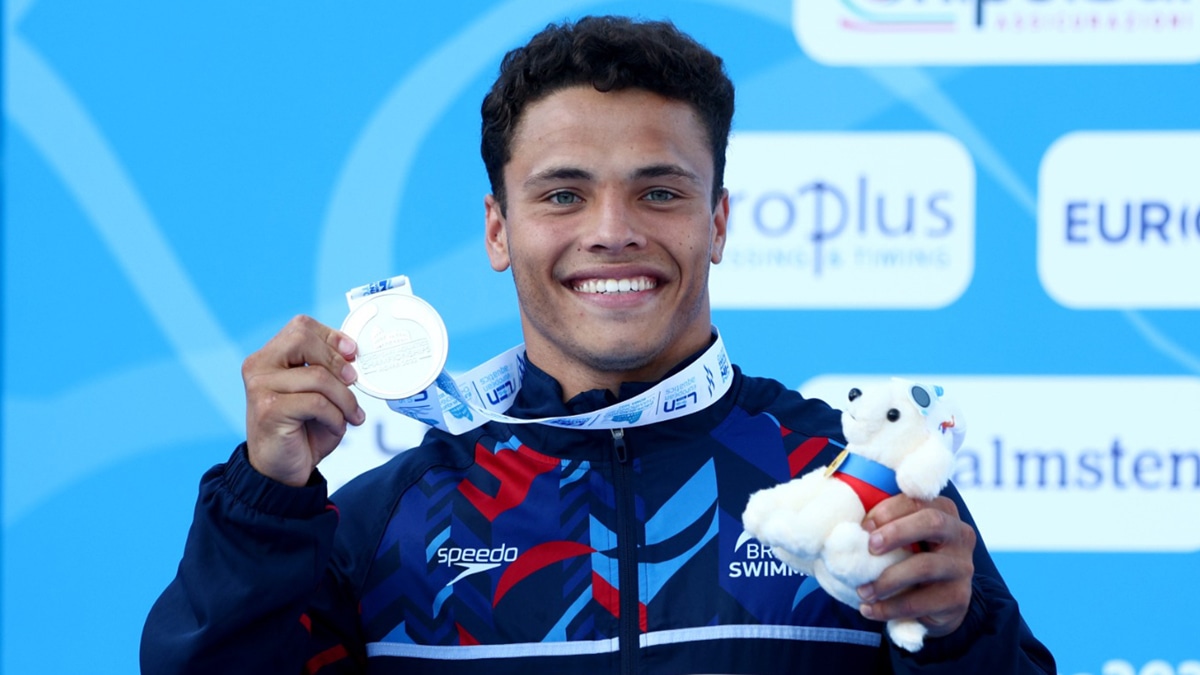 A series of consistent dives ensured he added a European podium place to the Commonwealth Games silver he won in the same event.

Houlden put himself in contention for a medal after earning 84.00 for his reverse three-and-a-half somersaults in tuck.

That saw him top the 12-strong field but two 80-plus point dives from Italian Lorenzo Marsaglia left him in control a ahead of the final round.

Houlden went ahead after scoring 68.40 for his forward four-and-a-half somersaults in tuck to finish on 428.55.

That left Marsaglia requiring 52.60 for the gold and he delighted the home crowd by scoring 77.90 to take the title and leave Houlden in second to secure his first senior European individual medal.

He said: “Yeah it’s incredible, a first European individual medal so this feel very special to me.

“Overwhelming to say that I’ve done it by myself, not to take any credit away from me and Anthony [Harding in 2019], but to do it by myself is definitely an achievement for me.

“This has been my best year so far, I’ve produced my best performances this season as well so for me it’s been an incredible and definitely a good step in the right direction.

“The nerves definitely got to me on the last dive and I went a little over the end which caused me not to swing my arms but I got it on my head, did what I needed to do and came away thankfully with the silver.”

Jack Laugher finished fifth after a disappointing score of 39.90 for his forward four-and-a-half somersaults in tuck in the penultimate round.

Laugher eventually finished with a total of 375.70, 17 points behind the bronze medallist, Italy’s Giovanni Tocci.