Great Britain didn’t have to wait long for their first medal of the LEN European Junior Diving Championships 2022 as they secured silver on the opening day of action.

The first event of the competition in Bucharest, Romania, saw the quartet of Maya Kutty, Oscar Kane, Leon Baker and Oscar Willcox compete in the Jump Event final.

The four divers completed a total of five rounds of dives, with a mixture of individual and synchronised events.

First up was Kutty and Kane who scored 48.10 points for their reverse 1 ½ somersaults, 1 ½ twists in pike.

GB sat in fourth place after the first round, before 17-year-old Kutty stepped up again to perform her individual forward 2 ½ somersaults in pike.

She was awarded a score of 50.70 and Great Britain moved up into third place ahead of round three. 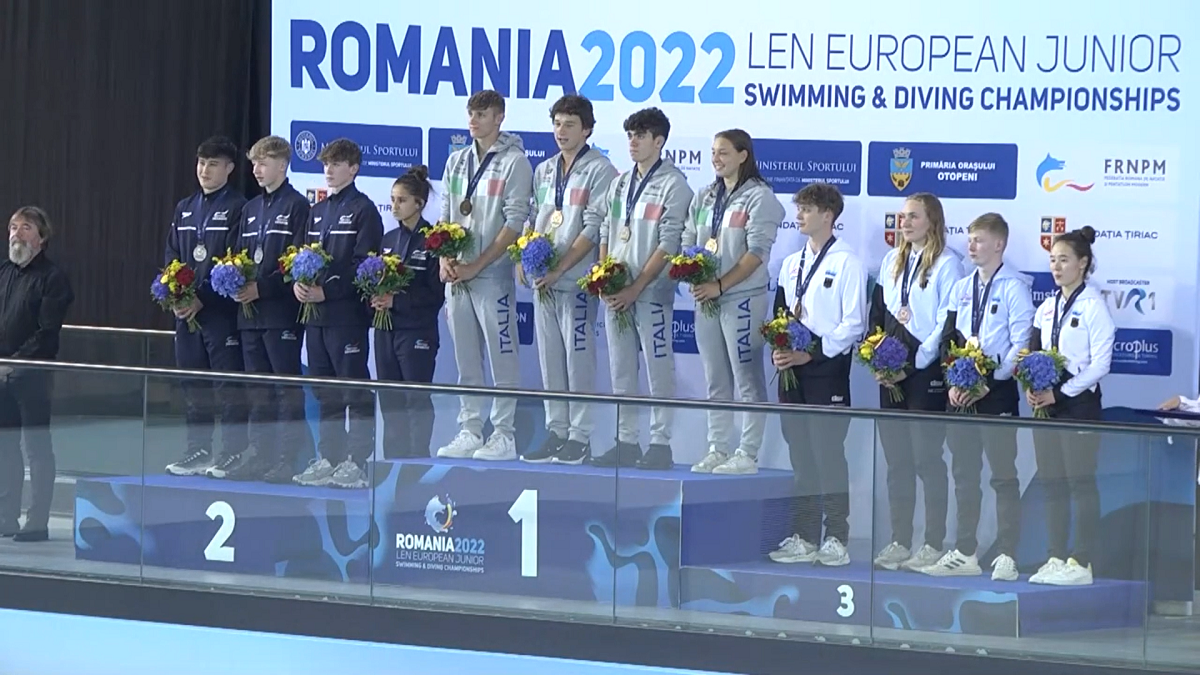 Kutty and Kane teamed up again for the third dive of the final, with a strong back 2 ½ somersaults, adding 56.00 to the team’s overall score.

GB had moved up to second place before Baker stepped onto the board.

His impressive forward 2 ½ somersaults, 2 twists in pike earned 76.50, the highest total from all dives by any nation competing in the final.

Baker improved Great Britain’s medal hopes as he maintained the second place standing heading into the fifth and final round of dives.

A stunning reverse 2 ½ somersaults in tuck from the 10m Platform, courtesy of Wilcox, rounded off the team’s performance and sealed the silver medal for Great Britain. He scored 61.60 points.

Day two will see the Boys B 1m and the Girls B 3m Springboard preliminary rounds in the morning, followed by the finals of those two events in addition to both the Boys A/B and Girls A/B Synchronised Platform finals.