The City of Sheffield diver had a consistent start, but stepped up another level after four dives.

Hartley’s final three dives were all from the 10m platform, with a combined degree of difficulty of 8.3.

She left her best until last, adding 45.50 points with a back two-and-a-half somersaults with a half twist, taking her total to 240.95.

Hartley’s victory was even more impressive given she continues to struggle with a severely swollen hand.

“I’m really happy and a little bit shocked,” she said.

“I was going to pull out of the competition originally because my hand is injured, but I really wanted to do it so I decided not to pull out.

“My hand started to swell on Wednesday, I’m not sure what’s up with it but I’m going to the hospital tomorrow night.

“I’ve got another competition tomorrow so I’ll be putting an ice pack on it later. I feel alright for tomorrow but we’ll see in the morning, my mum and my nan are here watching so they’ll be really happy.” 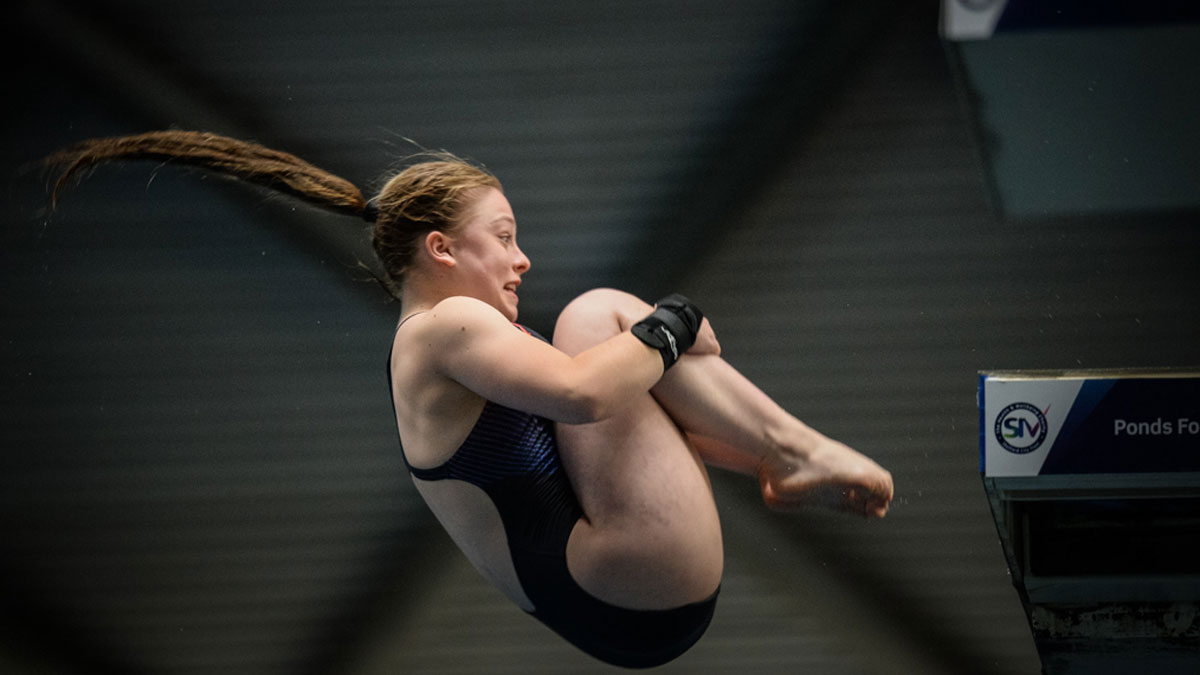 Luton Diving Club’s Grace Connolly won the bronze medal, closing with two dives over 40 points for a total of 229.45.

Maria Marasescu – diving as a guest for Plymouth Diving – won a commemorative gold medal, finishing top of the standings overall with 245.60 points.