Haslam and Cheng in the mix for Britain at World Championships

British divers Ross Haslam and Eden Cheng teamed up to finish sixth in the mixed team event at the 2019 FINA World Championships.

Alternating between the 3m springboard and the 10m platform, both divers were pushed out of their comfort zone.

Springboard specialist Haslam opened from the platform, impressing with an armstand forward somersault for 48.00 points.

16-year-old Cheng, who narrowly missed out on a medal in the 10m platform synchro alongside Lois Toulson, added 38.00 to the team’s round one score with a clean back dive.

The second round proved decisive for the British pair.

That dive scored 45.00, dropping them into 13th position. 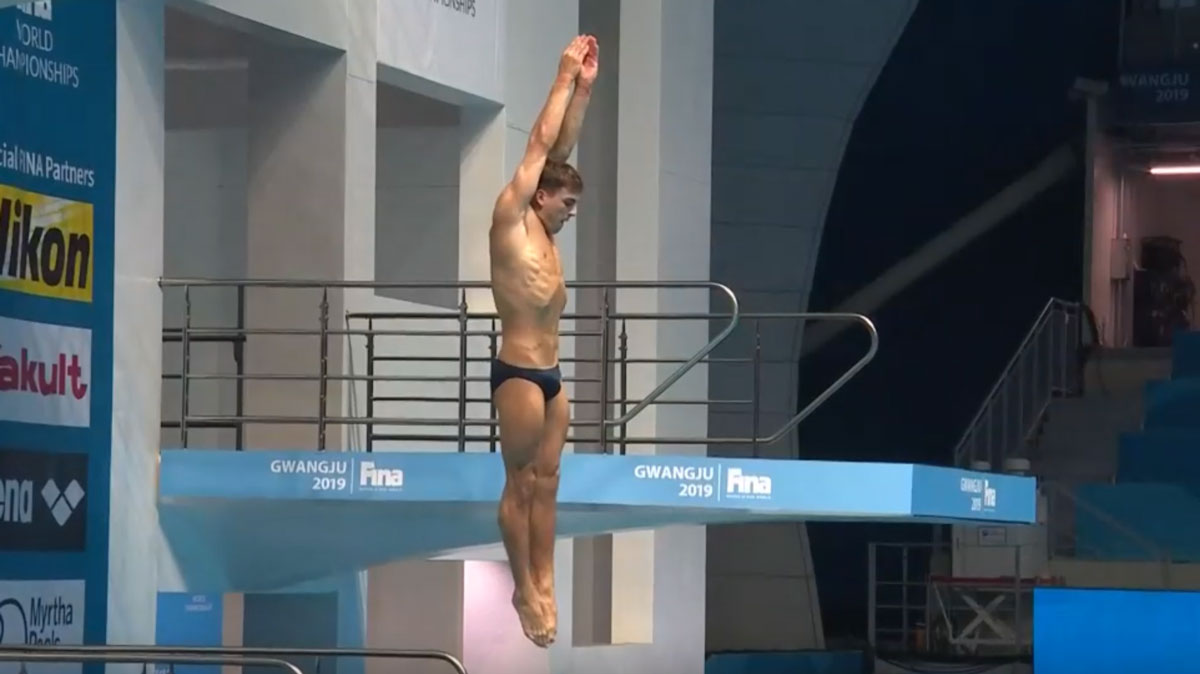 But both divers stepped up on their favoured board in the final round.

Their total of 327.90 guaranteed a top 10 finish, but was almost 30 points behind the third-placed American duo.