Haslam and Reid save best until last to land European silver

Ross Haslam and Grace Reid saved their best until last to seal a European Championships silver medal in the Mixed 3m Synchro.

In only their second competition together, Haslam and Reid were in the top three throughout the event in Edinburgh.

They led the field after the first two rounds after their reverse dive piked scored 51.00 to give them a total of 100.40. 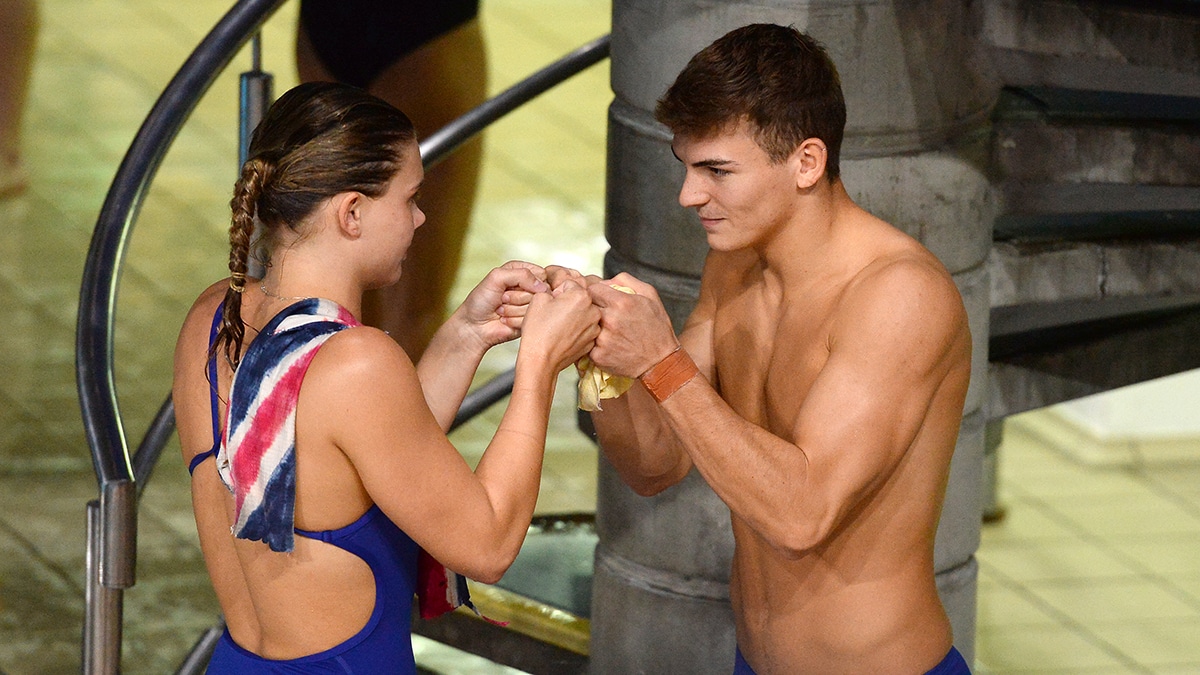 Haslam said: “It’s really great to get on the podium after the near misses at the Commonwealth Games earlier in the year and being able to compete with Grace really helps to develop my diving.

“I’m just really happy with the way it came together today and that we got a medal.”

Reid, who was competing at the pool where her diving career began, added: “We’re both very, very pleased with that result, although I think we both would’ve like to taken the gold and you know it probably was within reach but the Germans really stepped it up.

“It was hard to almost hear the dive announced because the crowd was so loud but that’s a good problem to have.”

The gold medal was won by Holland’s Celine Maria Van Duijn, who finished on a total of 319.10.