Double delight for Jack Laugher at the British Diving Championships

Olympic gold medallist Jack Laugher was the star of the show on day one of the 2022 British Diving Championships at Ponds Forge, Sheffield after winning gold in both the Men’s 1m Springboard and 3m Synchro events.

The City of Leeds diver begun his afternoon on the 1m board, taking gold after an incredible six round of dives gave him a total score of 459.05.

Laugher was in fine form throughout the contest with five of his six dives scoring over 70 points to see him comfortably take the championship.

His best dive, an inward two and a half somersaults in round four, earned him a massive 86.70 points alone.

City of Sheffield diver Jordan Houlden produced an impressive performance of his own to finish second, breaking the 400-point barrier with a score of 418.95.

He opened the contest with a 3.4 difficulty, inward two and a half somersaults of his own, scoring 81.60 points which sent him on his way to a fine display.

His performance saw him edge out Olympian James Heatly, who took the final podium spot.

The Edinburgh diver finished with a score of 406.95 to take the bronze.

Laugher was immediately back in the water for the Men’s 3m Synchro where he got his second gold of the day alongside his City of Leeds partner Anthony Harding.

It was the pair’s first national title together as they led from start to finish, ultimately ending up on 447.69 points.

Laugher and Harding, who came through the Swim England Programme diving development pathway, were the only pair to get over the 400-point mark, giving them a comfortable victory.

The duo put on a stunning display, including a forward four and a half somersaults tuck in round five which scored them 90.06 points to put them well clear of the rest of the field.

Suzie Collins, Swim England’s talent development officer for diving believes their success can inspire the next generation of divers coming through the programme.

She said: “Jack was the standout performer of the day with his double gold medals. He set a huge British record on the 1m today and a new exciting partnership with Anthony looks good for the future as well.

“Both Anthony and Jack do a great job working with our divers by inspiring the next generation with their performance in the pool and they continued to do that today.”

Junior pairing of Leon Baker (Southampton Diving academy) and Hugo Thomas (Dive London) finished as runner’s up in the competition with a score of 341.40 and will take that momentum with them into the European Junior Championships in June.

Both Baker and Thomas are members of the Swim England Diving pathway and Suzie was proud of their performance.

She said: “It was a great opportunity for Leon and Hugo to have another run-out of their synchro list following the Futures Cup.

“It was great for them to compete against the likes of Jack and Anthony ahead of the Junior European Championships in July.

“Hugo actually took one of his GCSE’s this morning so to do that was really impressive and I look forward to seeing them both compete in their individual events over the weekend.”

Todd Geegus (Southend Diving) and Oscar Wilcox (City of Sheffield) took bronze with a score of 282.69. 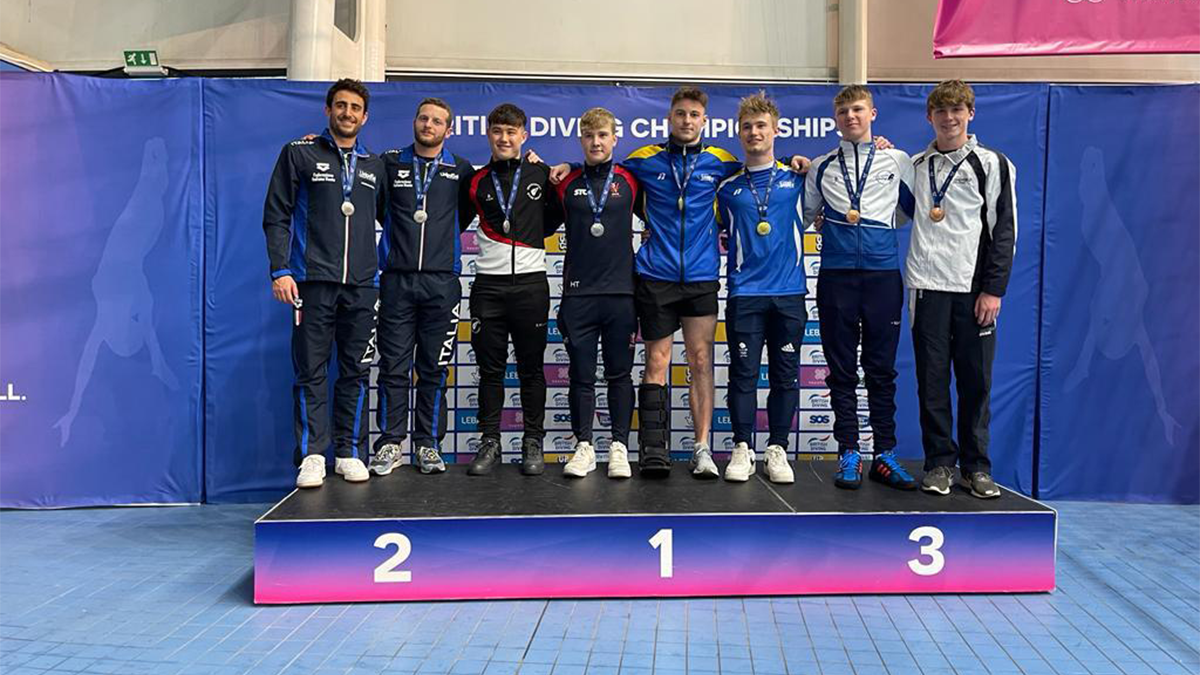 In a back and forth final, the City of Sheffield diver traded the lead with double Olympian Grace Reid with Reid gaining the lead in round four with an Inward one and a half Somersaults Pike scoring 57.60, leaving her with a score 217.60 heading into the final round.

That was just under a point clear of Harper ahead of their final dives but the Sheffield diver, inside her home pool, held her nerve to execute a forward two and a half somersault pike with an impressive score of 59.80 to take the crown with a total of 272.00.

That was just clear of Reid in the end whose final round score from the same dive came up just short with 58.50, leaving her with a total of 271.65, just 0.35 points off the title.

Former Team Y diver, Amy Rollinson from Luton Diving Club took third in the British contest with a score of 243.70. 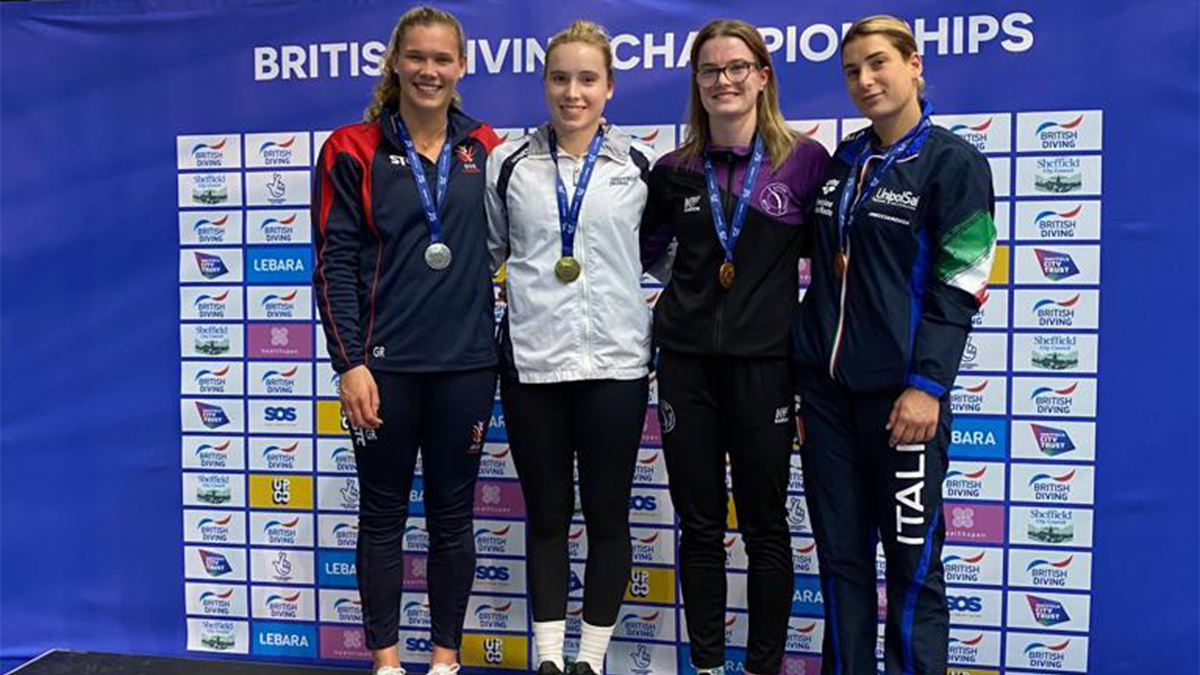 Robyn Birch and Emily Martin came out on top in the Women’s 10m Synchro in a close fought contest.

The Dive London pair had to settle for second for the most part after an impressive start from Maisie Bond (City of Sheffield) and Lois Toulson (City of Leeds) gave them the lead after three rounds due to a reverse two and half somersaults pike that scored them 69.72 from the judging panel.

Birch and Martin showed their consistency and composure in the later rounds seeing them take the gold with a total score of 290.28 points to Bond and Toulson’s 267.54.

Olympic duo Eden Cheng (Crystal Palace) and Andrea Spendolini-Sirieix (Dive London) finished just behind them with 261.30 to take the bronze.

Bond is a current Swim England Diving Pathway member and on her performance Suzie said: “Maisie is in a new partnership with an Olympian in Lois Toulson.

“Maisie’s recently recovered from knee surgery so it was great to see her back on the 10m board and they’re definitely a pair to watch out for in the future”.

See all the results from day one here. 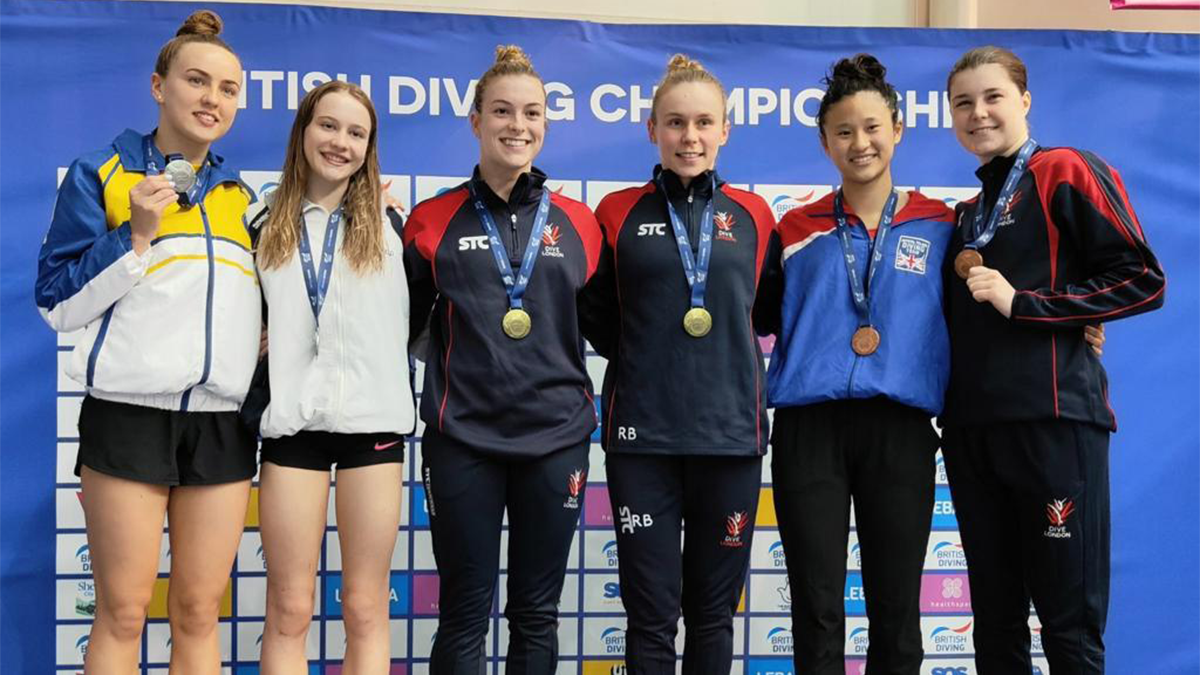