Jack Laugher missed a golden chance to win his first ever FINA World Championships title, settling for bronze in the men’s 3m springboard.

Laugher took a 30-point lead into the final round, but an error with his last dive allowed China’s Siyi Xie to claim the gold medal.

Laugher had made an early statement with his opening dive.

A forward two-and-a-half somersaults with two twists scored 88.40 points to put him in the lead at the end of the first round.

Aware there would be little room for error throughout the competition, the 24-year-old followed that up with a brilliant reverse three-and-a-half somersaults for 89.25 points.

Laugher held onto his lead at the halfway stage by adding 88.40 points with an inward three-and-a-half somersaults.

He had just a three-point buffer after China’s Siyi Xie scored 97.20 in the third round. 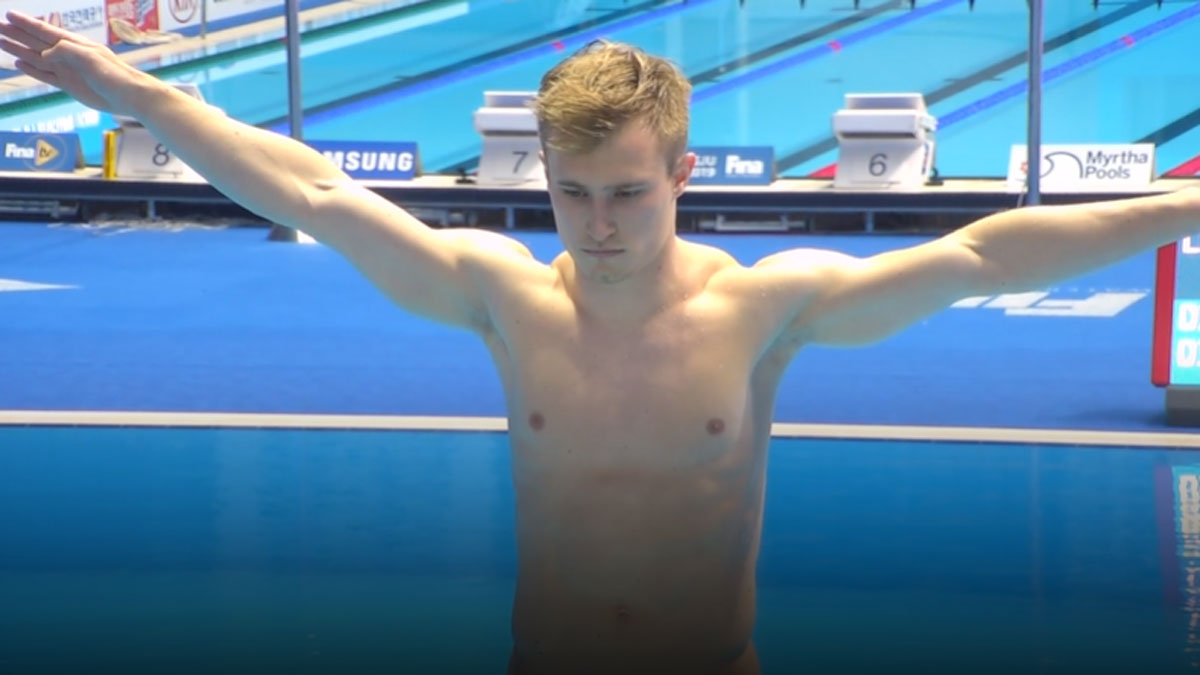 Laugher’s fourth dive – his most challenging with a 3.9 degree of difficulty – always had the potential to prove decisive.

He showed nerves of steel to get his British teammates and fans off their feet.

The 24-year-old scored an incredible 105.30 points with a forward two-and-a-half somersaults with three twists, extending his lead to almost 17 points with two rounds remaining.

That buffer could have made Laugher complacent, but instead he dialled up the pressure.

His penultimate dive – a forward four-and-a-half somersaults – scored him 102.60 points, moving him more than 30 points clear atop the leaderboard.

The Brit was the first of the three medal contenders to finish his competition and a dive over 71 points would have left the Chinese duo behind him with too much to do.

However, his back three-and-a-half somersaults scored 30.60 points to open the door to his challengers.

Laugher now has four World Championships medals to his name, following a silver in the 3m synchro earlier this week, and will be confident of challenging for his first individual Olympic title in Tokyo next year.