Albatross Diving Club’s Harry Healy was crowned the national champion with an impressive score of 279.65.

However, Edinburgh Diving Club’s Ross Tynan received a commemorative gold medal as he stole the show following a throughly skilled performance which saw him smash the 300-point barrier.

He finished with a total of 309.10, with three of his dives scoring nines from the judges.

Edinburgh Diving Club’s Shane McConnell helped himself to a commemorative silver, as he finished 0.60 ahead of Beard on 256.60. 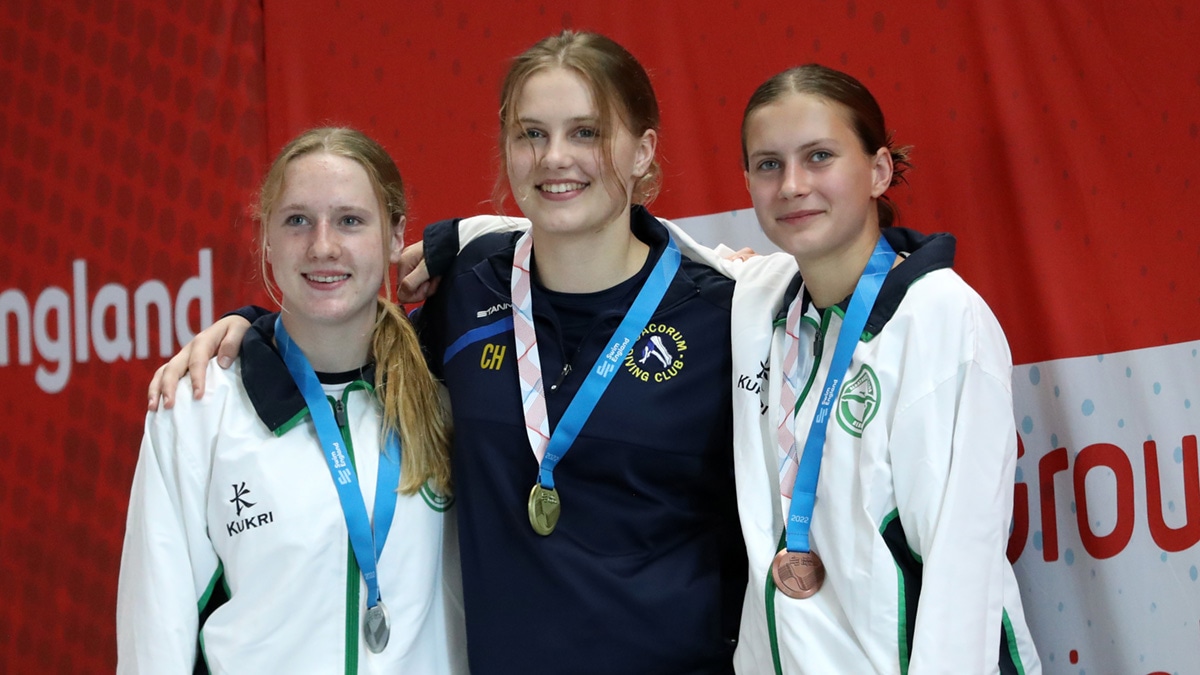 Chloe Hackett excelled throughout the Girls’ Group A Platform competition on her way to the top of the podium.

She was ahead by the end of round four and never looked back as a number of scores in the high thirties cemented her position at the top of the leaderboard.

Dacorum Diving Club’s Hackett finished with a total of 253.45 after earning 40.70 for her inward one-and-a-half somersault in tuck – her highest-scoring dive of the competition.

There was a battle for the silver medal between the Albatross Diving Club duo of Molly Lefever and Maya Peche.

Lefever was narrowly behind going into the last round, trailing Peche by 0.25 points.

However, her forward two-and-a-half somersaults in pike picked up 44.40 and she finished with a total of 248.45.

Peche could only manage 37.80 with her last dive but it was good enough to secure the bronze medal with a score of 242.10.