Rudy Gentry-Peacock and Noah Williams claimed the first title of the Swim England Diving National Age Group Championships by the narrowest of margins at the Plymouth Life Centre.

The Crystal Palace Diving Club duo topped the podium in the Boys’ Group A/B 3m Synchro after putting a slow start to the competition behind them in spectacular style.

They were lying sixth and last in the rankings after their opening back dive in pike earned them only 34.20 points.

However, they clawed their way through the field to take top spot after round four and held on to the gold medal despite an impressive final dive from Albatross Diving Club’s Hernan Mosqueda-Jolly and Harry Healey. 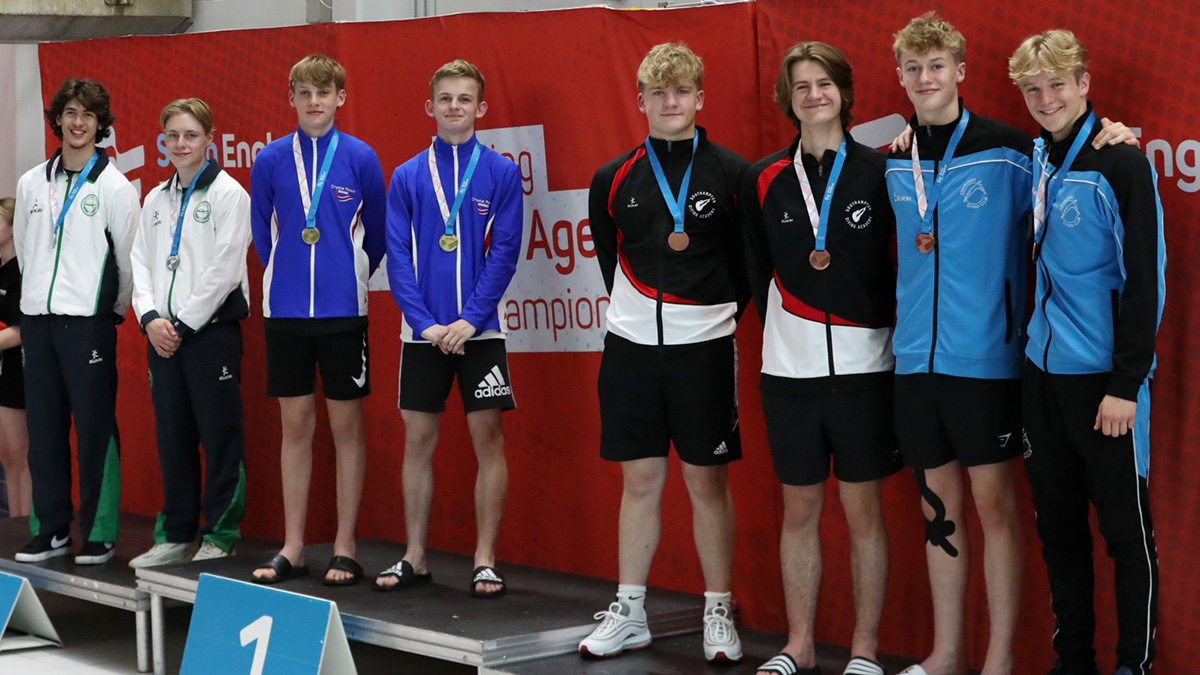 Gentry-Peacock and Williams finished with a total of 212.67 with their highest scoring dive – a back two-and-a-half somersaults in tuck – earning them 55.44.

Mosqueda-Jolly and Healy performed the same dive in the fifth and final round, scoring 54.60.

It proved to be narrowly short of what they required for the gold as they finished 0.36 behind Gentry-Peacock and Williams with a total of 212.31.

The national bronze went to the Southampton Diving Academy duo of Kai Lanham and Isaac Beard, who finished with a total of 187.23.

Sophie and Rebecca lead the way

They were the first to dive in the competition and opened up with a score of 42.60 for their inward dive in pike.

And they never relinquished top spot as they followed that up with a series of impressive performances to claim the gold medal.

They finished with a total of 201.57 with their highest scoring dive coming in round four – a forward two-and-a-half somersaults in pike which was worth 43.20. 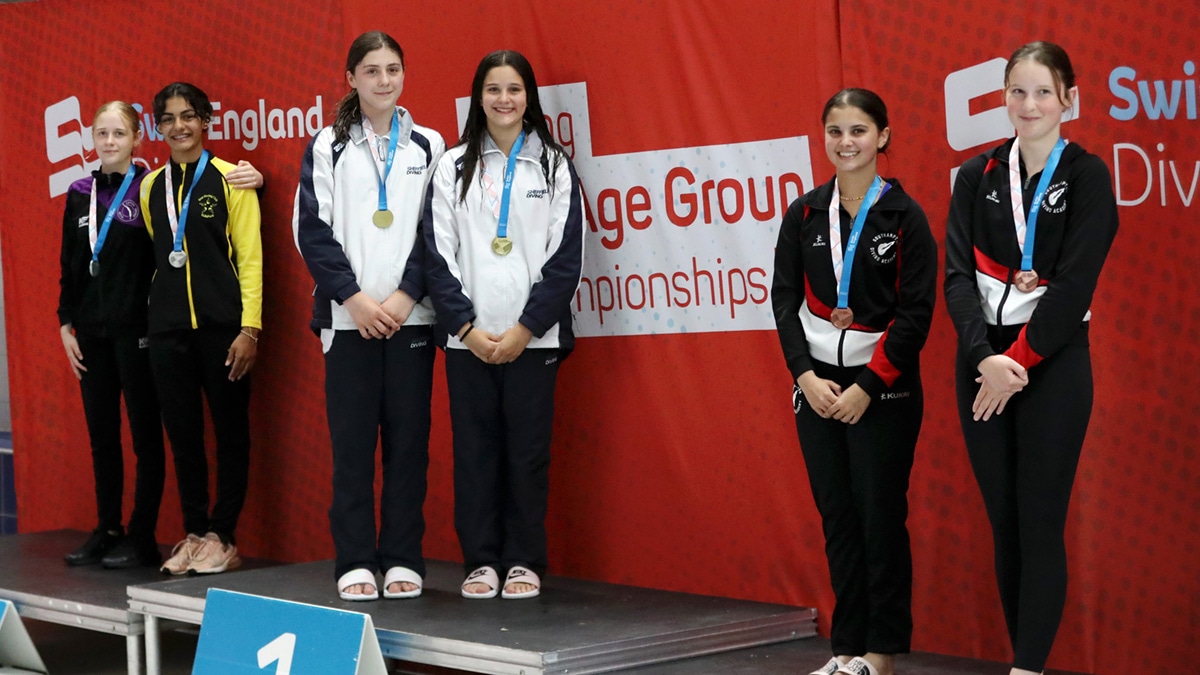 Three other scores in the high thirties ensured they were 8.13 points ahead of Lucy Parker and Lyra Guise Tucker, representing Luton Diving Club and Star Diving Club Guildford respectively.

They were third heading into the final round but scored 37.80 for their inward one-and-a-half somersaults to snatch the silver medal with a total of 193.44.

That was 0.22 ahead of the Southampton Diving Academy pair ofNatalie Barr and Anjali Kutty, who saved their best dive until last to earn a podium place.

The Plymouth Diving duo won the national title with a score of 150.12 following four consistent rounds.

They were only 0.66 points behind Edinburgh Diving Club’s Elizabeth Marshall and Jessica Nearn, who won a commemorative gold with a total of 150.78.

It was a real tussle for the podium places with only 9.45 separating the top four. 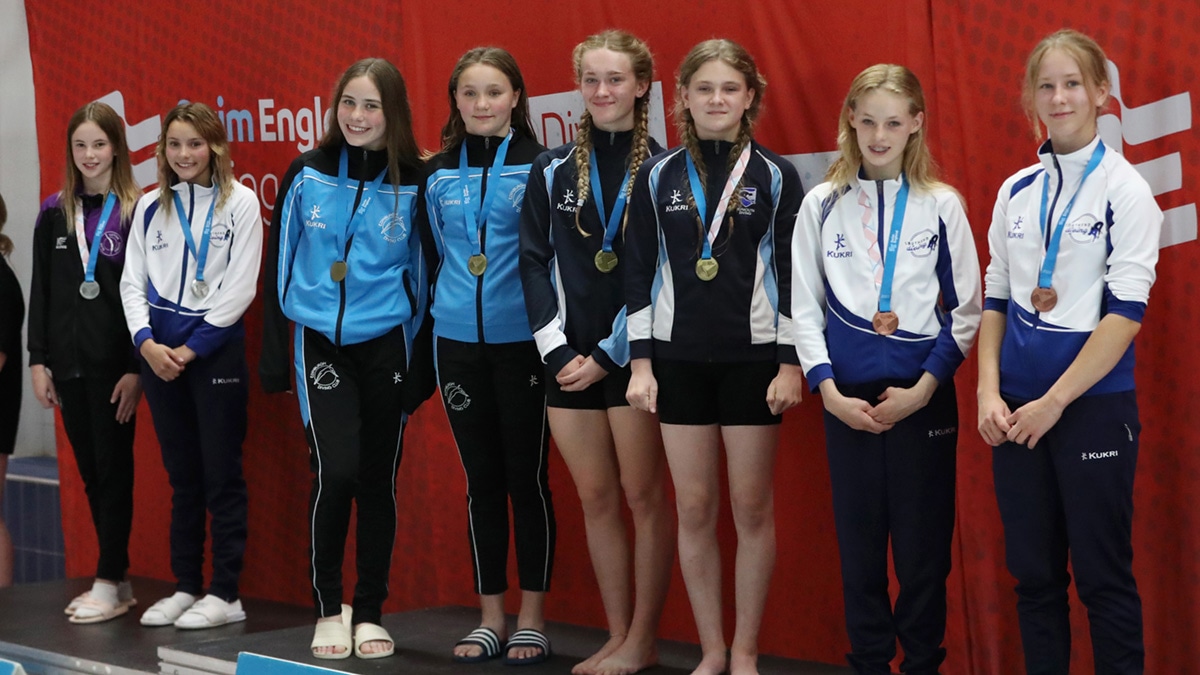 Southend’s Alice Billton and Luton’s Olivia Sykes took the national silver medal with an impressive final dive that saw them leap from fourth to second.

They finished with a score of 148.56 after earning 43.56 for their inward one-and-a-half somersaults in tuck.

It left them 7.62 ahead of the Southend Diving Club duo of Emily Anstis and Sadie Stratford, who were third on a total of 140.94.

That meant Southampton Diving Academy’s Imogen Poole and Hana Cheung, who were third going into the last round, were pipped to the bronze by 0.27 points as they finished on 140.67.

Consistency from Noah and Alex 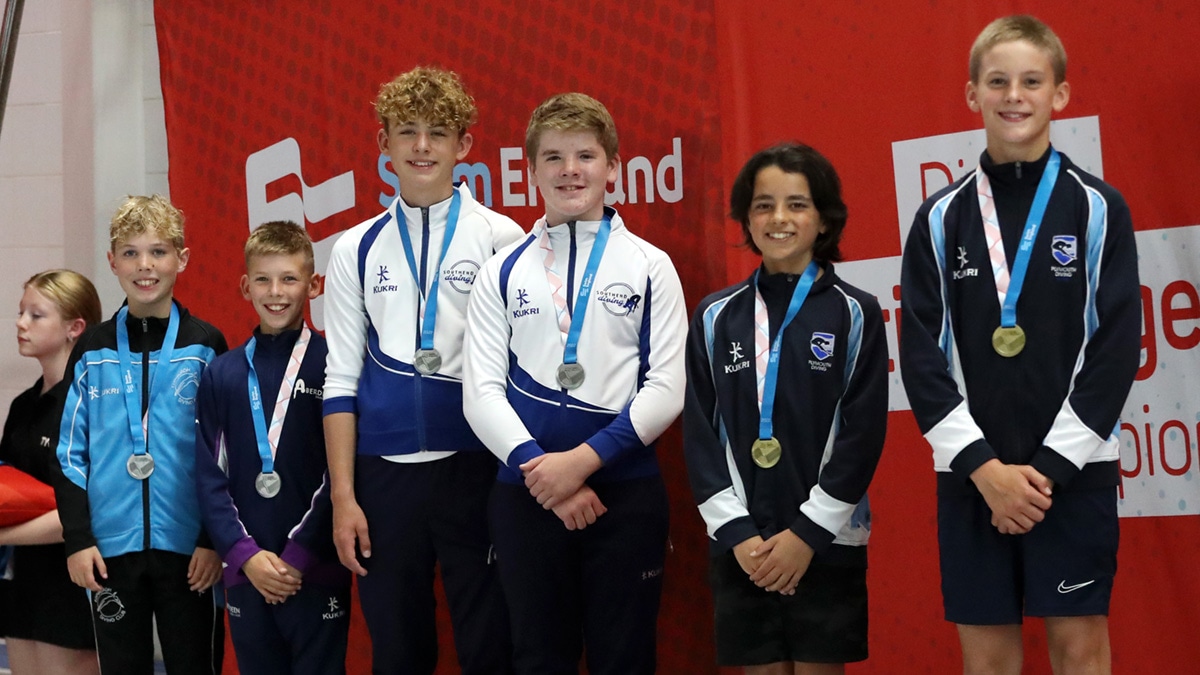 That was 7.98 ahead of the guest duo of Semyon Bykov and Jamie Lamplugh, from Aberdeen Diving Club and Edinburgh Diving Club respectively, who finished with a total of 139.20 to take a commemorative silver.

The national silver medal was won by Southend Diving’s Hayden Low and Noah Havis who scored 121.32.