Rogan was never out of the top two and his fifth dive of the event – an inward two-and-a-half somersaults – scored him 53.75 to put him in pole position for the title.

And he impressed again with his final dive as his back two-and-a-half somersaults scored 48.60 to ensure he finished on 250.80 points.

Rogan said: “Yeah I’m happy with gold. I missed a few dives but I managed to get myself back up there.

“I’m proud of my teammates as well they both did really well – it was a good battle all the way through.” 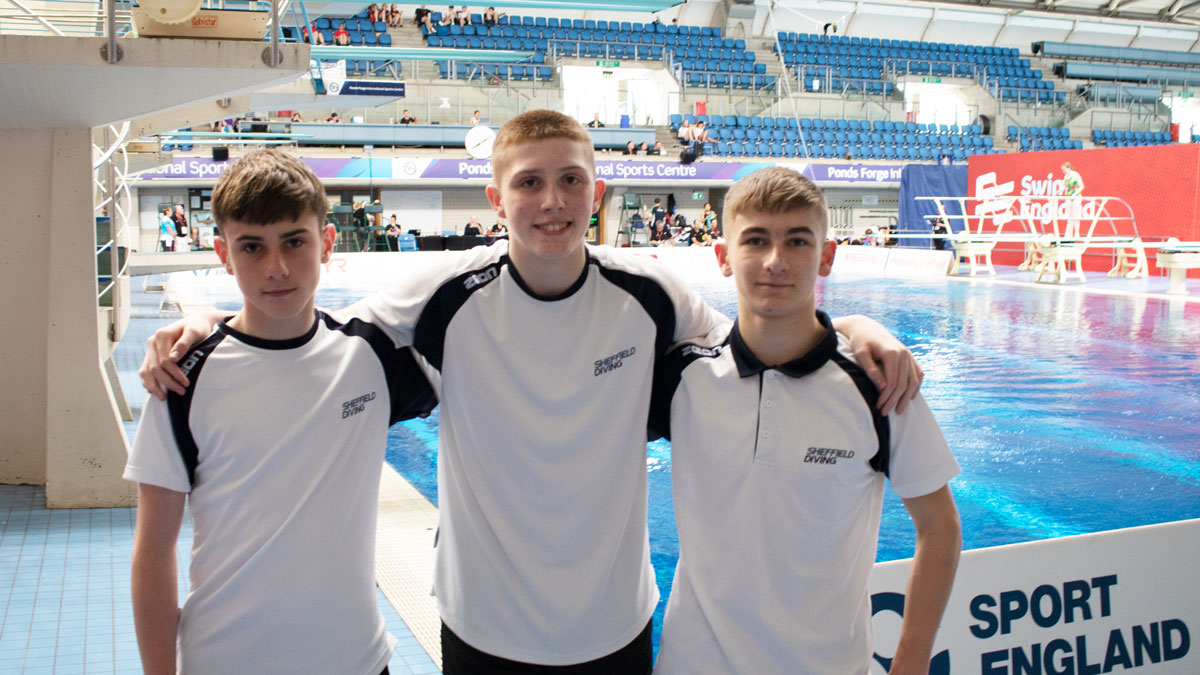 Chapman was 10.70 points adrift of Rogan but won his battle with team-mate Greig for the silver medal.

He was third going into the final dive of the event but his inward two-and-a-somersaults scored 47.25 and saw him leap over Greig for second place with a score of 240.10.

Chapman said: “I’m happy my result. I think my teammates did good so overall it went alright.”

Greig was never out of the top three throughout the contest but slipped from second to third after only scoring 37.70 for his final dive, a back two-and-a-half somersaults with half twist.

And he said competing in front of a home crowd was a huge help.

Greig added: “I’m happy but I could’ve obviously done one of my dives a lot better than I did.

“It’s been better before but it’s all about what happens on the day.

“The familiarity of being up there in training [helps] you transfer that into competition, absolutely.”