Noah Williams and Eden Cheng have won a European Diving Championships silver medal – in their first competition diving together.

The British divers comfortably claimed a silver medal in the 10m Mixed Synchro in Ukraine.

The duo were 15.84 clear of the third-placed pair, Germany’s Florian Fandler and Christina Wassen (287.76).

Williams said: “It was a very enjoyable event.

“Because the mixed synchro is neither mine nor Eden’s main event, we just dived here for fun. It was quick, enjoyable and I liked it.

“We are very satisfied with this silver since it was the first time we dived together.

“Before that, both of us worked with different partners, so it was a bit strange at first but it turned out great and we won a medal at the end of the day.” 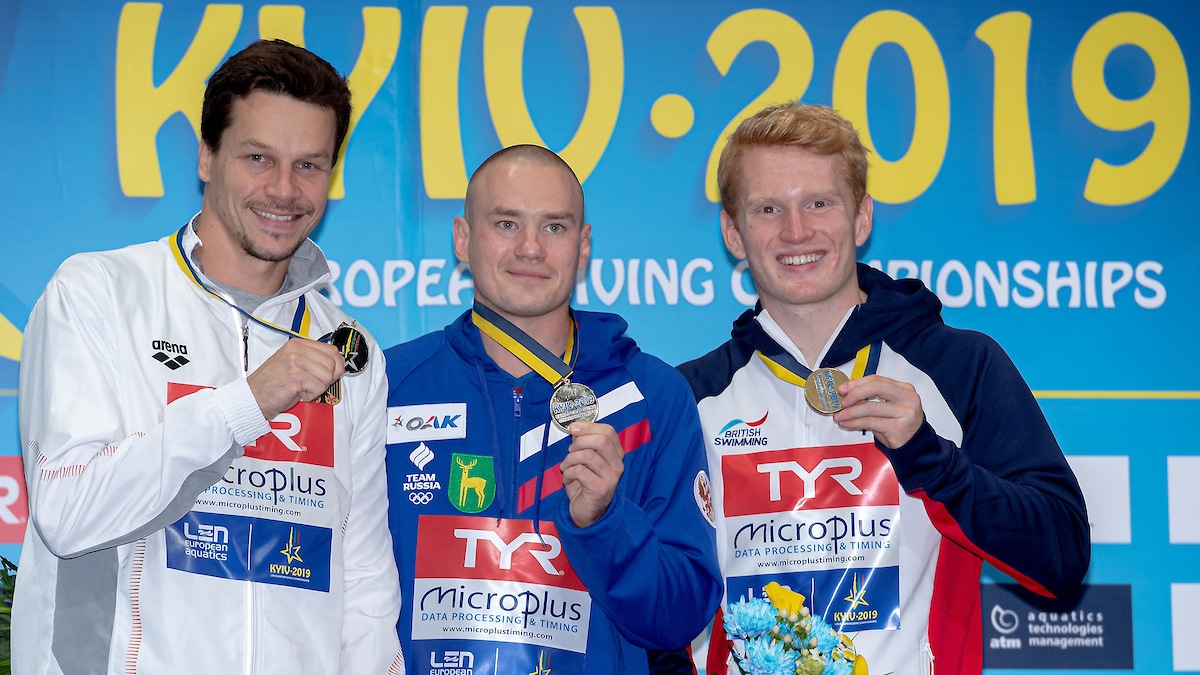 Meanwhile, James Heatly won his first European medal as he added a bronze to the British tally in the 3m Springboard.

Having qualified third for the final with a total of 408.90, he bettered that score on his way to a podium place.

He said: “It was good though I felt it was a long event.

“I was a bit nervous before the final as the World Championships were a big disappointment for me.

“So to come here and get this medal, it’s a very good thing and it makes me very happy.

“I didn’t watch the results during the competition, I had no idea how close it was at any stage of the final. I knew I dived very well, so I’m quite glad – this is my first medal in this event at the Europeans.”

Ross Haslam was just outside the medals in fifth place after finishing with a score of 414.25.