Great Britain claimed three diving medals on the penultimate day of competition at the 2018 European Championships.

Dive London Aquatics’ Reid topped the podium with a score 329.40 but was pushed all the way by British team-mate Blagg, who won the silver after finishing on 327.40 points.

Matty Lee and Lois Toulson had to settle for a silver medal after a thrilling Mixed 10m Synchro final.

They were only 1.83 points off gold medallists, Russia’s Nikita Shleikher and Iulia Timoshinina, after scoring 307.80 at Edinburgh’s Royal Commonwealth Pool. 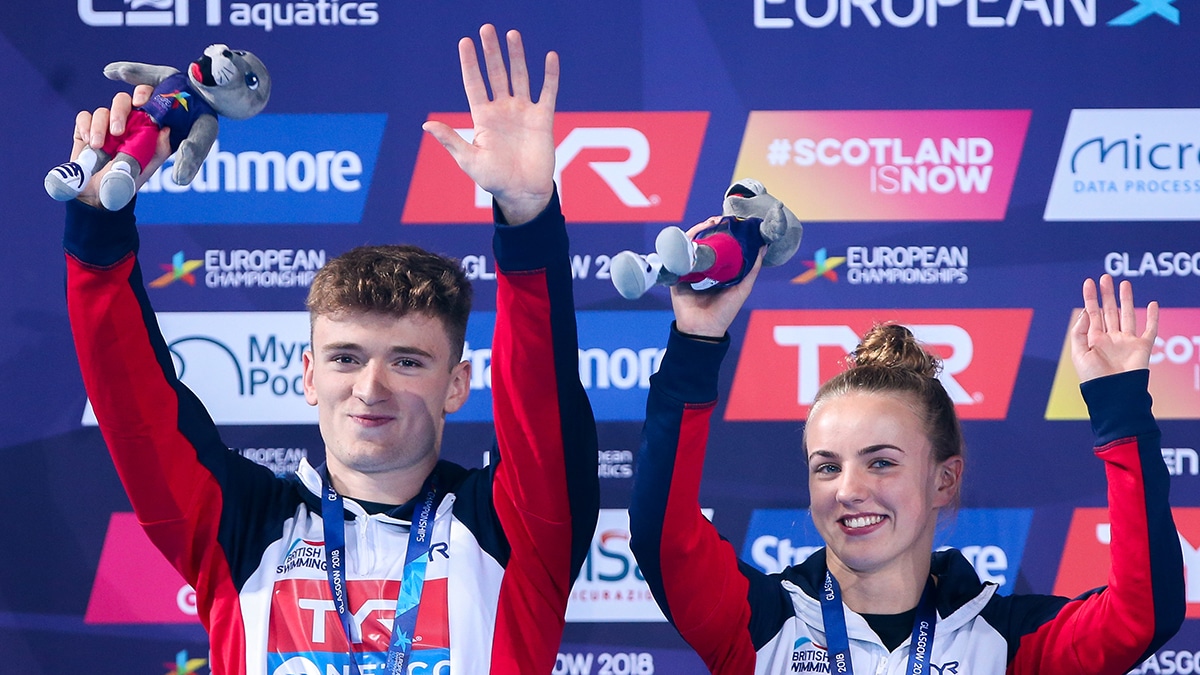 Lee said: “We usually use this event as a warm-up as it’s normally much earlier on the schedule but not this time. It’s been good for me to get out there today ahead of my individual event tomorrow, the 10m Platform.”

Toulson added: “The championships have been great for me, I’ve got two medals so I’m pleased with that but obviously I would’ve loved to get gold today with Matty but as I always say that is the nature of sport.

“There’s plenty for me to take away from this event and into next season. It’s also been great to compete at the first combined European Championships. It’s a great concept.”

The Russian pair finished on a total of 309.63, with the bronze medal going to Germany’s Floria Fandler and Christina Wassen after they scored 278.64.