The final diving event of the Tokyo 2020 Olympic Games saw Tom Daley and Noah Williams battling for a place in the semi-final of the Men’s 10m Platform.

Daley secured his spot in impressive fashion, finishing fourth overall with a total of 453.70 points.

Williams struggled to find his rhythm throughout the rounds and finished in 27th place overall (309.55 points), drawing the curtain on his time competing in Tokyo.

A shaky start from Daley saw him securing 56.10 points for his reverse 3 1/2 somersaults with tuck, however, his second dive aided in closing the gap between him and the leaders after round one.

His inward 3 1/2 somersaults with tuck gained 68.80 points, leaving him in 18th position after two rounds of diving and four remaining.

Another solid dive from Daley in round three earned him 64.80 points, bumping him up to 12th place as a result.

Daley put up a showstopper of a dive in round four as he scored a fantastic 94.50 points for his armstand back 3 somersaults with pike.

The dive, which has a 3.5 degree of difficulty, ranked the highest in the field and catapulted Daley into sixth position with two dives remaining.

Another stellar dive from Daley in the final round scored him 91.80 points for his back 3 1/2 somersaults with pike.

Daley said of his prelims performance: “Overall, happy to have qualified. The first dive wasn’t great, but I’ve been feeling really good out there.

“I’m moving really well, the height of my dives is really good, I’m making everything really easily. I just have to make those micro-adjustments.

“I feel like that comes from having not competed for a while and all of a sudden you’re competing at the Olympic Games, there’s a lot of adrenaline.

“There’s so long between rounds so it’s quite a draining experience, especially now because I’ve got to get back, eat, get an ice bath, do all of my recovery things that I need to do.”

He continued, commenting on his recovery process between now and the semi-finals saying: “For me now, it’s the recovery game.

“Getting off my feet as soon as I can, getting into bed early because I’m at that pool by 7:30 tomorrow morning so I have to try and recover as best I can.”

‘Knitting is a welcome distraction’

Daley famously took up knitting and crocheting during lockdown and now knits before, during and throughout competition in order to be mindful and aid with his performance.

“I think it’s made a massive difference,” he said. “There’s a long wait in between the synchro and the individual and there’s a lot of time to think.

“My time to think has been replaced with knitting and it’s been such a great and welcome distraction for me to be mindful, but also to be resting.

“I’m someone who is really bad at resting, so being able to knit has been a really helpful thing. I was knitting my Team GB cardigan earlier that I posted on Instagram to try and raise some money for the brain tumour charity as well at the same time.

“It’s [cardigan] just something I wanted to do as a little memento from my time here in Tokyo.

“I’ve been doing mindfulness for a while but in terms of the knitting, I started on the way to our last competition before lockdown in March 2020.

“In lockdown, I had a lot of time to look at YouTube videos and teach myself so with a lot of practice, I now knit and crochet.” 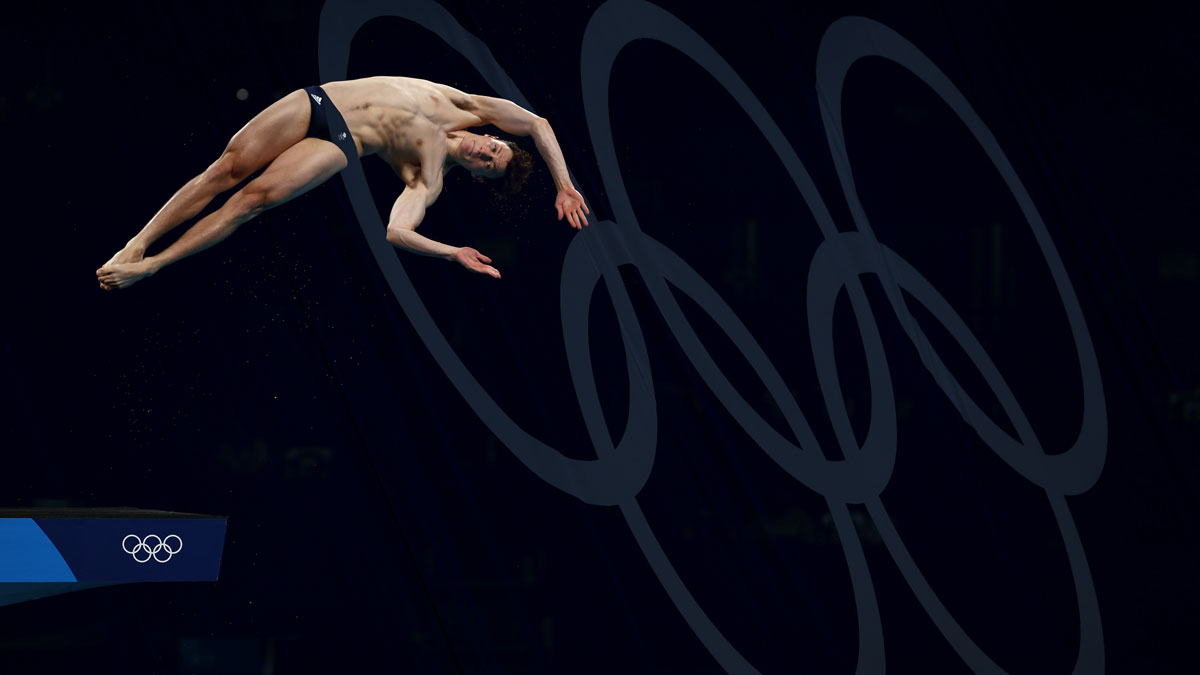 Williams spoke of how today was a ‘disappointing day’ for him after his performances, saying: “It’s obviously just happened so I haven’t had too much time to reflect but bit of a disappointing day.

“There are a few reasons for why that could be but after I take some time out and look at why that is, I’ll hopefully come back stronger.”

When asked what might have impeded his performance today, he said: “I just have to focus on one dive at a time and not get ahead of myself. I did that anyway but I just need to try harder.”

He commented on how the disruption of the last 18 months has affected his competition preparation: “There’s been a lot of change in preparation I could have done.

“It’s very difficult because, over the last year and a half, we haven’t had any competitions – which is obviously the same as everyone else.

“But normally, before a competition like this, you’d have had five, six events to try out different things and we haven’t been able to do that.

“I was definitely very nervous on the first dive but after that, I kind of settled in. The next two dives – the second one wasn’t great, the third one was a bit better, but then the fourth one where I went very close to the board, that shook me up a bit. Nearly hitting the board is never fun.”