Jack Laugher has added a third Olympic medal to his collection after he won bronze in what was a thrilling final of the Men’s 3m Springboard.

The 26-year-old collected a total of 518.00 points to secure his place on the podium alongside silver medallist Wang Zongyuan (534.90) of China and gold medallist Xie Siyi also of China (558.75).

Laugher opened his bid for a medal with a fantastic first dive, scoring 85.00 points in his forward 2 1/2 somersaults with 2 twists.

That result slotted him into third position after the first round. His teammate Heatly had a slightly shaky start with his back 2 1/2 somersaults with pike which scored him 58.50 points.

Laugher cemented his top three placement with a strong second dive which collected 85.75 points, meaning after two rounds he was 10 points behind the leader Xie Siyi of China.

A stronger third dive from Heatly scored him 73.50 points for his reverse 1 1/2 somersaults with 3 1/2 twists.

Heatly’s fifth dive was superb and scored him 85.80 and he rounded out his first Olympic final with 411.00 points.

Laugher maintained his bronze medal position throughout rounds four, five and six, finishing with a stellar forward 2 1/2 somersaults 3 twists with pike which saw 87.75 points appearing on the scoreboard.

His best dive, however, came in the penultimate round and scored him an extraordinary 96.90 points for his forward 4 1/2 somersaults – a dive with a 3.8 degree of difficulty.

Laugher spoke of what winning a medal in Tokyo means to him as he said: “I feel like today is redemption for what has been such a bad couple of years. It might not be a gold medal but a medal around my neck today is just the sense that I’m back, I’m here and I’m ready to keep going. 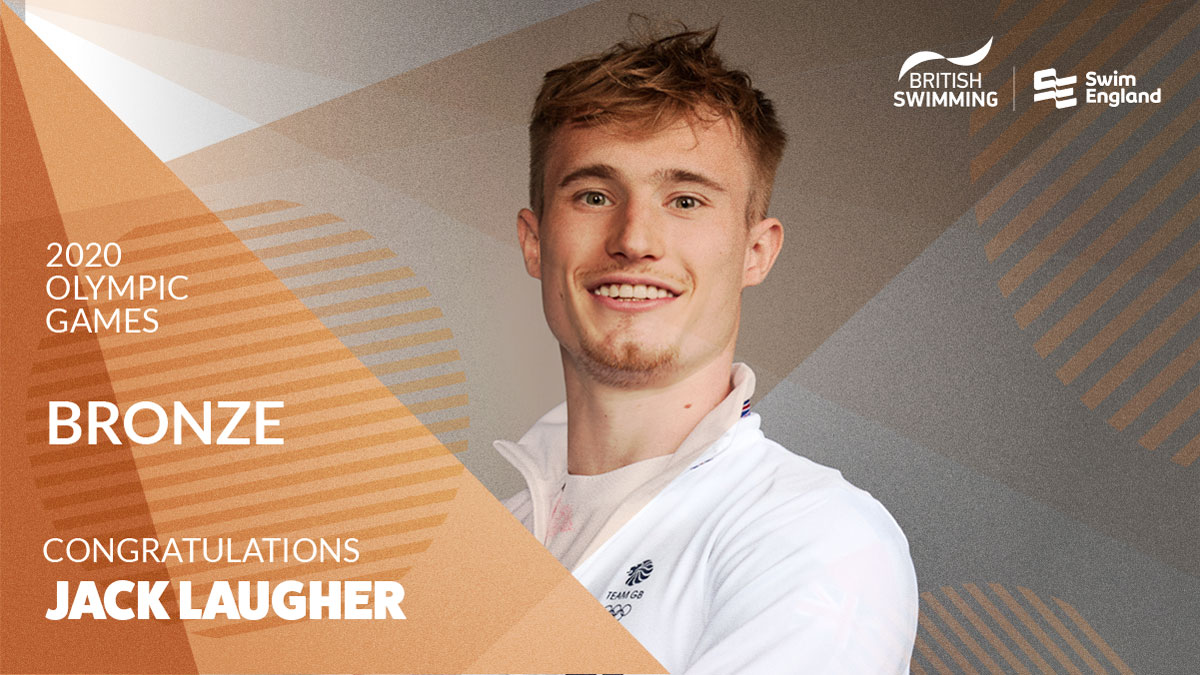 Edinburgh-based diver James Heatly said of his performances: “For me, the goal was to make the team and get through the rounds so I’m really proud and happy about that. It’s frustrating because there’s definitely more in the tank but the pros outweigh the cons.

“Sometimes you win and sometimes you learn and today I definitely learned so I’ll have to go back and reassess.”

Speaking on his teammate Jack Laugher’s medal-winning performance, he said: “Amazing, I’m so happy for him. He’s been so great for taking me under his wing and guiding me the last few years and to be a part of this experience for him, let alone myself, is just great.

“I think Jack will be really happy with that, it’s been a tough year for everyone but some of us had better performances when we first had the chance to get back out and he really struggled to find his flow but he found it today on the day that really counted.”

Heatly’s grandad was also an Olympic diver, and when asked if he was thinking of him today, he said: “Yeah, absolutely – it was a bit of a shame to leave the Heatly clan back home but I definitely felt he was there with me on poolside.”