A spirited performance from Katherine Torrance and Grace Reid saw them finish a whisker away from a FINA World Championships medal.

Their total of 289.80 was only 5.10 behind the bronze medallists, Mexico’s Paola Espinosa Sanchez and Melany Hernandez Torres, who scored 293.90.

Reid and Torrance had qualified for the final in fourth place with a tally of 280.53.

And after four rounds of the final, they were in contention for a place on the podium as they sat in fourth place, only 1.50 points behind the Mexican pair.

However, their last jump – a backward two-and-a-half somersaults in pike position – scored them only 63.00 points.

That allowed Russia’s Kristina Ilinykh and Mariia Poliakova to nip into fourth spot in the final rankings as they had the second highest score of the final round – 72.00 for their reverse two-and-a-half somersaults in pike position.

The gold medal was won by China’s Tingmao Shi and Han Wang (342.00), who were 30.90 points ahead of silver medallists Jennifer Abel and Melissa Citrini Beaulieu, of Canada, who finished on 311.10. 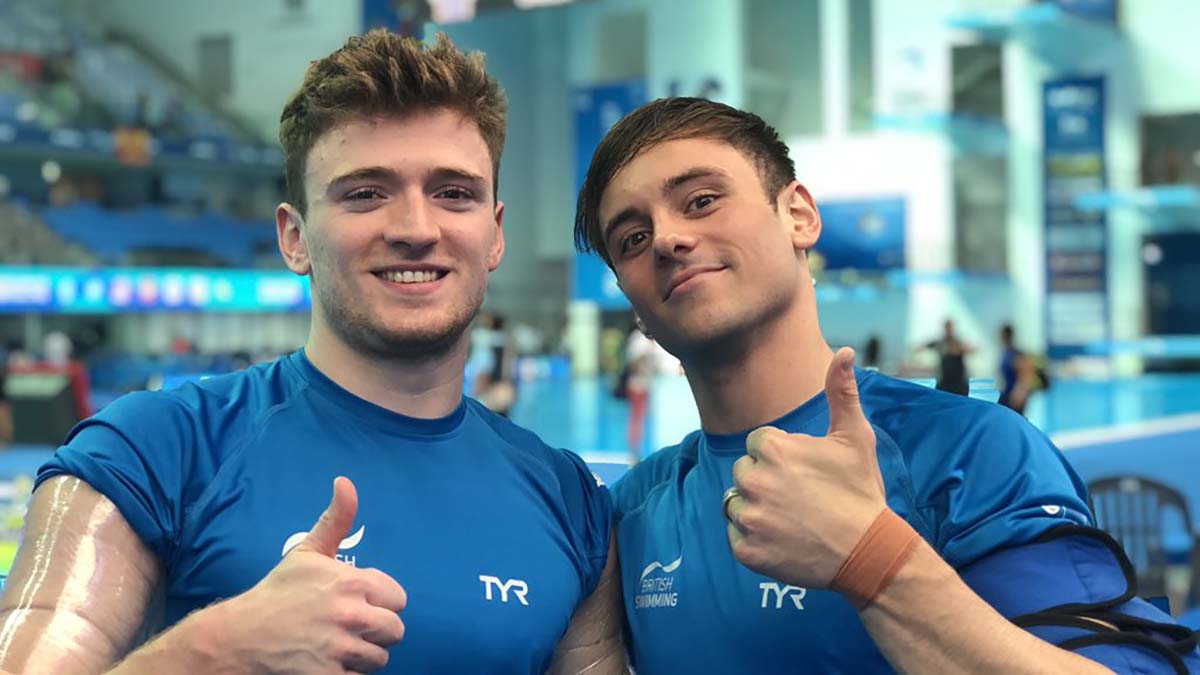 Tom Daley and Matty Lee will be bidding to win Great Britain’s second medal of the FINA World Championships after reaching the final of the Men’s 10m Synchro competition.

They qualified in second place for today’s final with a total of 416.28.

Daley and Lee were a comfortable 8.91 points ahead of Russia’s Viktor Minibaev and Aleksandr Bondar, who were in third place, on 407.37.