Lois Toulson is comfortably through to the Women’s 10m Platform final at the 2019 FINA World Championships, guaranteeing her qualification to the 2020 Olympic Games.

After qualifying from the preliminary round in ninth place, Toulson made a strong start to the semis, opening with a forward three-and-a-half somersaults in a pike position for 72.00 points.

As in the prelims, her second dive – a reverse two-and-a-half somersaults in a tuck position – proved problematic.

That scored just 36.40 points as Toulson dropped into 16th place, temporarily out of the qualification positions.

But the Commonwealth bronze medallist quickly bounced back, producing consecutive dives over 70 points to move inside the top 10.

Toulson closed with a back two-and-a-half somersaults with one-and-a-half twists for a total of 319.60 points, finishing seventh to boost her confidence heading into Wednesday’s final.

19-year-old Toulson made her Olympic debut in 2016, alongside Tonia Couch in the 10m synchro, but will make her maiden individual appearance in Tokyo. 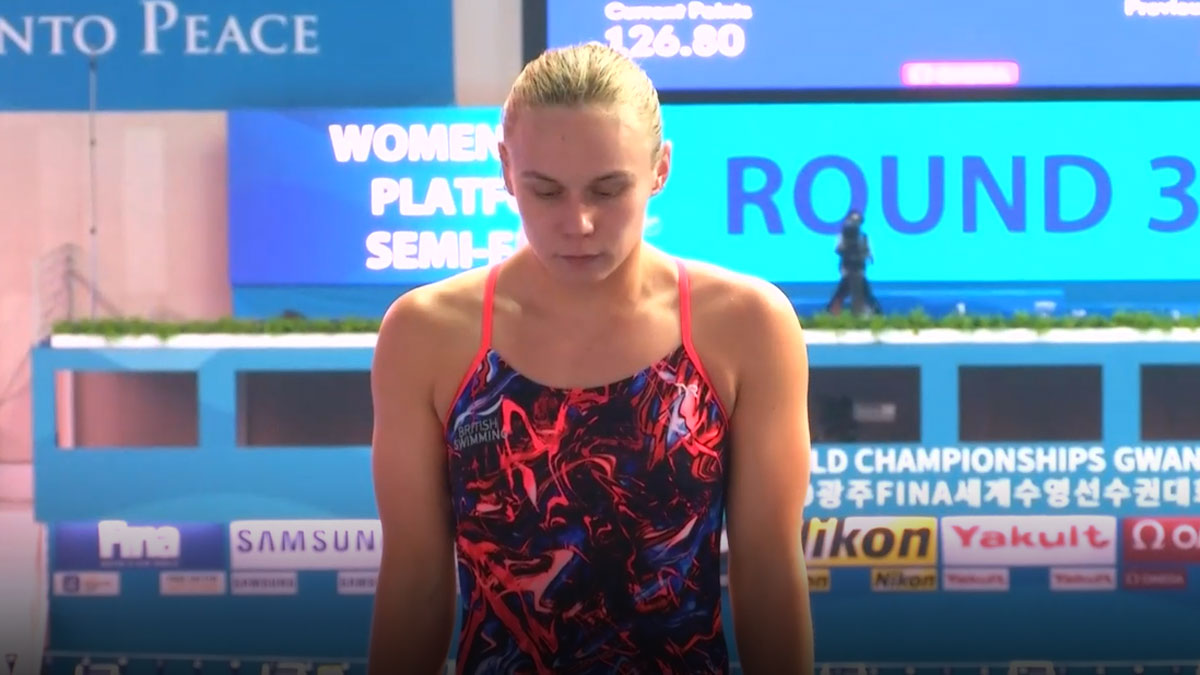 Robyn Birch improved on her preliminary round score, but failed to book her place in the final, finishing three places adrift of the cut off in 15th.

Birch made a strong start and was in ninth place after an impressive second dive – a reverse two-and-a-half somersaults in a tuck position.

An inward three-and-a-half somersaults yielded just 35.20 points as Birch slipped out of contention.

She finished strongly with a back two-and-a-half somersaults with one-and-a-half twists for 72.00 points to close with 297.00.