Matty Lee and Noah Williams produced a series of consistent dives while Jack Laugher delivered when it mattered to land Great Britain two medals on day three of the World Aquatics Championships.

First, Laugher showed true grit, composure and quality to claim his seventh World Championships medal of a glittering career – as he fought off the nerves which threatened to derail his podium charge in the Men’s 3m Springboard.

Then Olympic champion Matty Lee and partner Noah Williams marked their first international competition as a duo as they won silver in the Men’s 10m Synchro tab the Duna Arena, Budapest.

Consistency from Matty and Noah 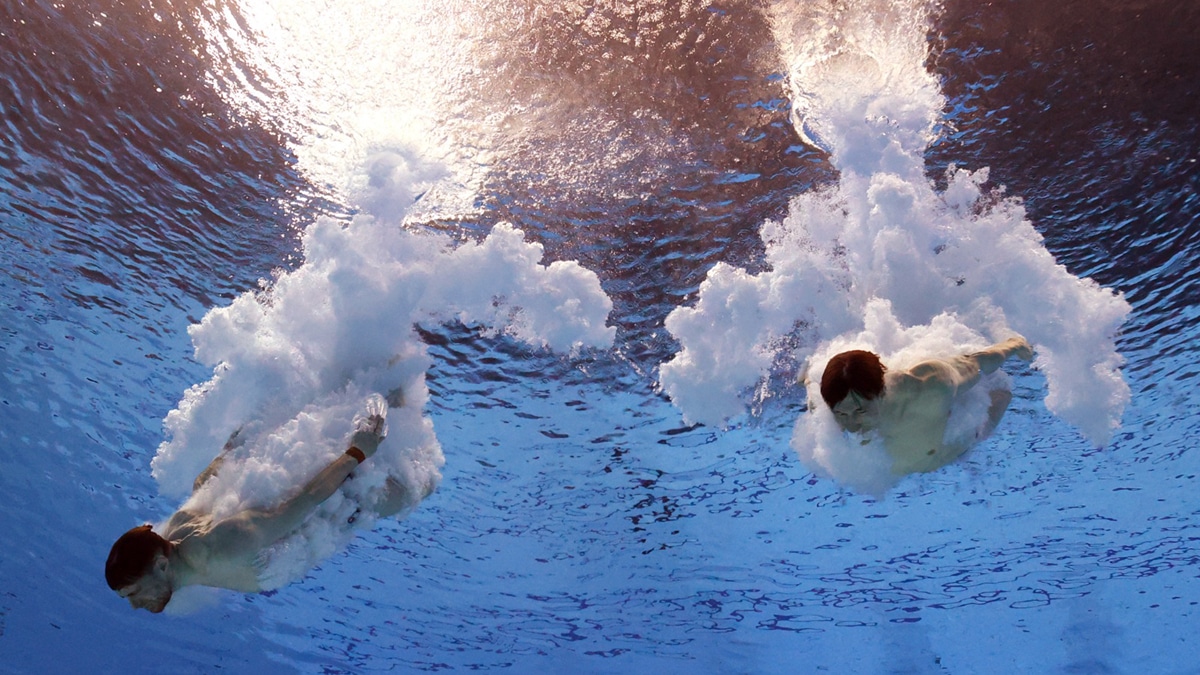 Lee and Williams produced a series of consistent dives to comfortably take the silver medal.

They finished with a score of 427.71 having never relinquished second spot after climbing into the position after round two.

It was a thoroughly impressive performance from Lee and Williams, who were 10.59 points ahead of the bronze medal-winning Canadian duo of Rylan Wiens and Nathan Zsombor-Murray.

The Chinese pair of Hao Yang and Junjie Lian took the gold with a score of 467.79.

Lee said: “I’m just really happy that we managed to put it together.

“It’s our first World Champs together, we’ve smashed it and I can’t wait for the next two years.

“I think our performance speaks for itself, we’re currently second best in the world.

“Yes, we do have two years until the Olympics, there’s a lot of work to be done, there are a few countries missing but it’s a great starting point and I can’t wait to see where we go.”

Williams added: “It means so much.

“I’m overwhelmed with the whole thing, Matty is obviously a bit more experienced with this. It’s a great result, and hopefully we can build on this for future competitions.

“I was mainly focused on this event, and now I’ve done this I’m really happy.

“On the individual competition, I’m going to just enjoy it and then whatever happens, happens, and it’s a bonus.”

Only two days after winning silver in the Men’s 3m Synchro final alongside Anthony Harding, Laugher added a bronze to his collection in the 3m Springboard competition.

Laugher was joined in the final by Jordan Houlden, who finished a creditable ninth during his debut at the worlds.

With two dives of the competition remaining, Laugher found himself in sixth place after over rotating on his back three-and-a-half somersaults in tuck which earned him only 37.80 points.

However, Laugher refocused and followed that up with 91.20 for his forward four-and-a-half somersaults which catapulted him back into third – and he secured bronze with his most impressive dive of the final.

He showed no sign of the nerves from earlier in the competition as he scored 97.50 for his forward two-and-a-half somersaults to finish with a total of 473.30 and deny Colombian Luis Felipe Uribe Bermudez a spot on the podium.

“I’m at the stage now where I don’t really care too much what the colour of the medal is,” said Laugher.

“Obviously, I’d love for it to be gold. But I base my happiness with how the performance has gone itself,.

“I think there are a lot of things I need to work on.

“There was a slight scare on my second dive where I kicked a bit earlier which set off a few memories of previous failures.

“I got a bit nervous on my fourth dive – but I fought back every single time, and the other four dives, I absolutely drilled. 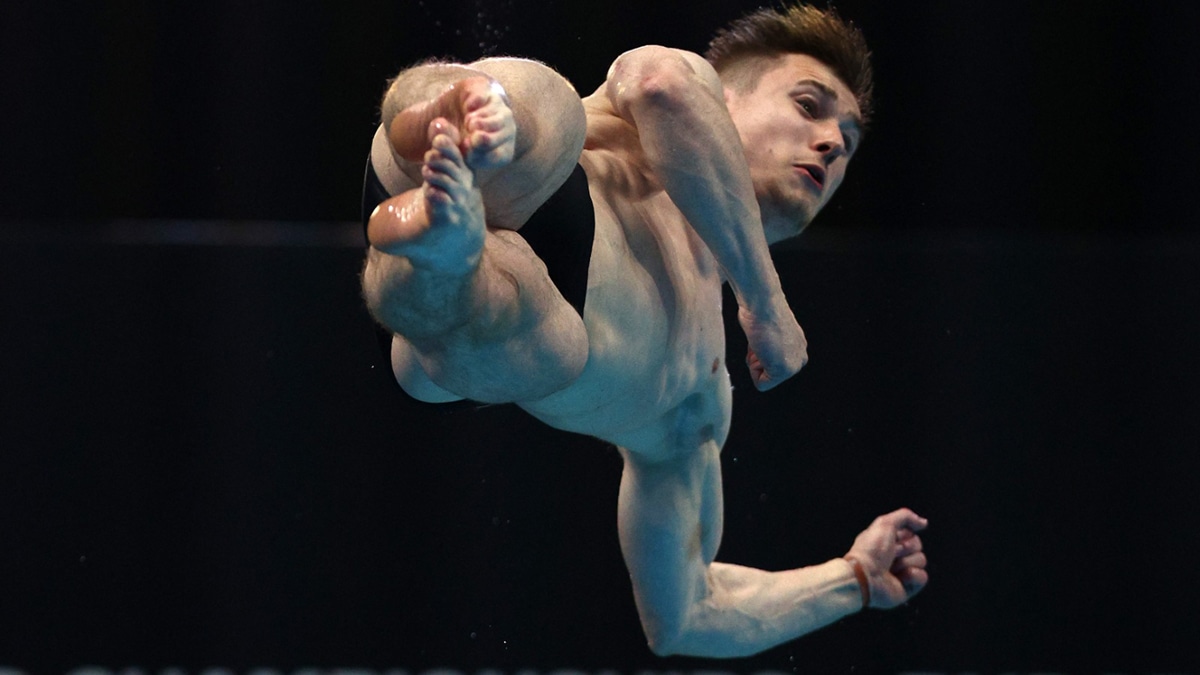 “I feel so comfortable with my other dives. I love the other four dives, I practice them in synchro.

“It’s a bit weird because I used to hate them when I was younger, but now I really like them, I feel very confident and comfortable.

“After the fourth dive, to be honest, it was a case of looking in the mirror and being like, ‘focus up Jack, you can still get this’.

“I like to look at the scoreboard, I saw after the fourth dive that I was only 22 points behind and I knew my last two dives were my big dives and if I did well, I could get there again.

“But obviously the Colombian was holding me pretty well and there was a lot of fight there as well.

“If you’d have said to me at the start of the week that I’d have a silver and a bronze, I’d have been ecstatic.

“I’m really pleased with my performance in the synchro, there are some things to work on in the 3m, but I’ve still got that chance on the 1m.

“It’s going to be a tough competition, it’s a tough schedule here this week but I look forward to it.”

Houlden ended on a high as he achieved his highest score of 77.90 with his final dive – a forward four-and-a-half somersaults – to finish on 390.60 points.

He said: “I felt a little disappointed at the end of that final – I know I can do things better than I did in there.

“But it’s all about learning from my mistakes.

“This is my first World Championships so I need to get used to the experience, the adrenaline, how to approach a competition like this.

“I’ve got the 1m in two day’s time. I’m getting ready for that. I’ll be training on my 1m list tomorrow.”