Ice swimmers warm up for world stage at British Championships

Relatively mild conditions meant the results from the meet didn’t count towards the IISA’s official records, with the water at Sandford Parks Lido 1.4 degrees warmer than the maximum required temperature of 5 degrees.

But the competitors still took the chance to impress ahead of the 2021 IISA World Championships in Katowice.

Saxon, who won age group silver at the 2019 Ice Swimming World Championships, was the top British female in the 1,000m Freestyle.

She finished second overall in an impressive time of 14:27.53 – almost 30 seconds quicker than her time in Murmansk – which would have been a new personal best if performances were being recorded by the IISA.

That also secured the 25-29 years age group title for Saxon, who went on to claim another two gold medals.

He was second overall in 13:21.22, less than three seconds behind the German winner Christof Wandratsch.

That was enough for Leitch – the ninth fastest male swimmer of all-time in this event – to finish top of the 45-49 years age group. 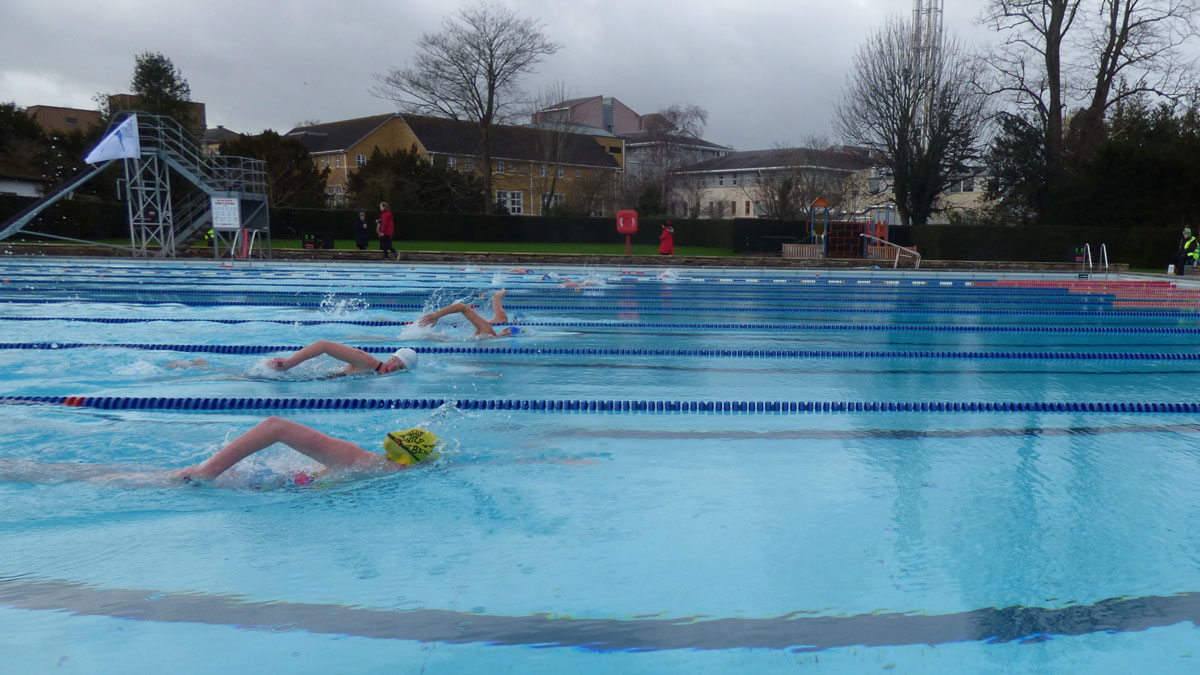 Craig Holmes was crowned the men’s British champion in the 500m Freestyle, edging out Ross Wisby by less than two seconds.

In the women’s event, Joanne Jones won gold in 7:36.31, ahead of Laura Hardy and Kate Steels.

The British Championships was also the final leg of the IISA World Cup Series, which determines the best 1000m and 500m Freestyle swimmers over three competitions.

After previous success in Amsterdam and Veitsbronn over the new year, three British athletes closed out the series with a place on the podium.

Steels was also second overall in the women’s 500m, while Jones – the British silver medallist – claimed a share of third place.

Sharon Lock, Swim England Open Water National Development Officer, said: “The positive atmosphere throughout the championships is a testament to the growth of ice swimming in Great Britain.

“Although conditions weren’t ideal for ice swimming, it was encouraging to see so many competitors taking on the unique challenge that this sport offers.

“The organisers did a superb job of ensuring the safety of all competitors, for which I commend them.

“I wish all ice swimmers the best of luck for the rest of the season as they build towards the 2021 World Championships.”

Full results from the British Championships are available here.