Marathon swimmer Jack Burnell announces his retirement from the sport

Marathon swimmer Jack Burnell has paid tribute to his ‘supportive’ family, friends, training partners and coaches after announcing his retirement from the sport at the age of 27.

Burnell said the decision was not one he had taken lightly but his body would not allow him to be the best in the world so he had decided to call it a day on a glittering eight-year marathon swimming career.

The three-time World Cup medallist, who was disqualified from the Rio 2016 Olympics when in contention for a podium place, conceded it was the right time to retire – despite the rearranged Tokyo 2020 Olympic Games on the horizon.

Burnell told British Swimming: “It’s not a decision that I’ve come to lightly, but it’s one that, over the last year or so, has been in the wings, waiting.

“From a physical and mental point of view, it’s definitely the best decision for me at this time.

“Everyone – my friends, my partner, my family, training partners, everyone at the National Centre – has been so supportive. I couldn’t be more thankful to them for that, because that was a huge weight off my shoulders.

“I’d thought a lot of people would be asking, ‘is this the right time?’ with the Olympics around the corner. But that didn’t happen.

“They know me best and they know that I swim for one reason and one reason only – and that is to be the best in the world. My body is not at a stage right now where it would let me do that.

“I felt I wanted to end my career on my terms. I just thought of sitting on the side of the road in Tokyo, having come 10th or 12th – I don’t want to sign my career off in that way, having had some amazing highs in my career, being ranked second in the world, winning World Cup medals, things like that. 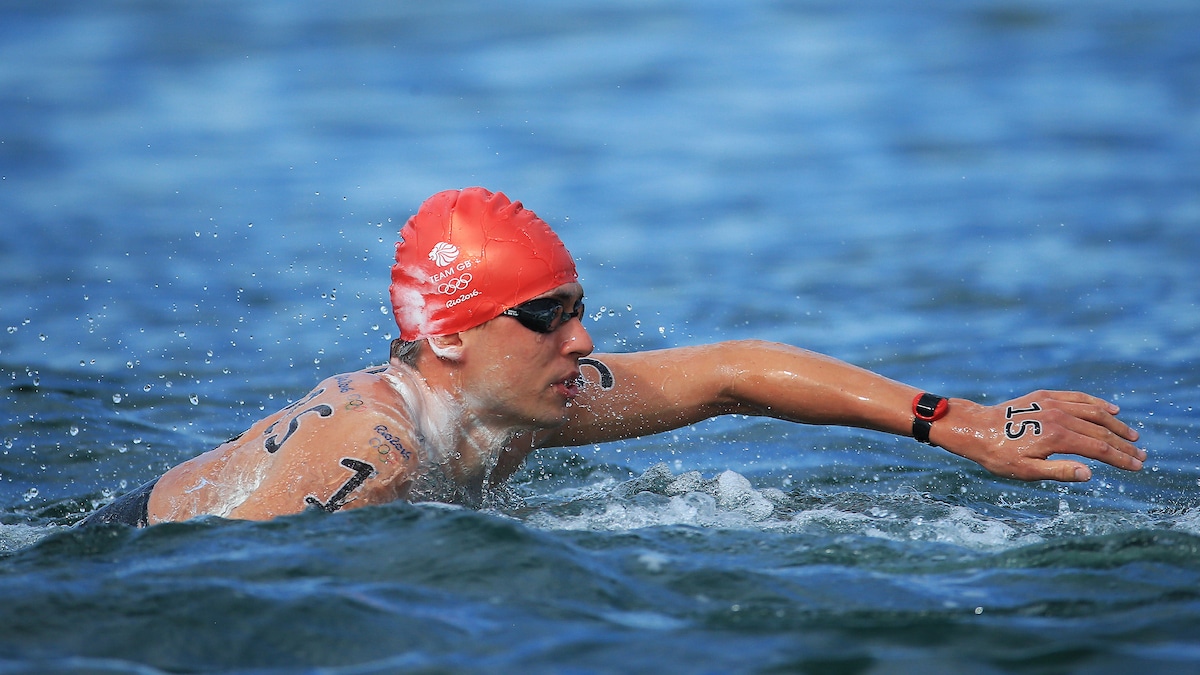 Burnell, who also won a European Championships silver medal, said the Rio Olympics were both the highest and lowest point of his career.

“Funnily enough, my career highlight and my career lowlight were at the same time, in Rio,” he said.

“Pulling on the Team GB jersey made me feel complete as a swimmer. But then what happened in terms of the result was probably the lowest moment of my career.

“I’ve never just sat and stared at the floor of my hotel room longer than I did after that race, just not knowing what had gone on.

“But again, those moments are all part of the journey and the experience I can take from what I’ve done, which I can put into the next chapter of my life.

“Had I not experienced those things, I wouldn’t be as well equipped.”

Burnell was quick to praise everyone who had supported him throughout his career.

“I really want it to be known that I was at the sharp end of the sword, I was in there, doing all the training – but there is no way on this planet that I’d be where I am today had it not been for my coaching staff, support staff, friends, family,” he added.

“You have your immediate support staff, your coaches or team leaders, but it’s even down to the people in the office that book the flights, the people that sort out all the forms, the media guys, everyone.

“They are all cogs in this big machine that creates a hell of a life for us athletes. It’s this time now to reflect and just say, ‘look guys, I cannot thank you enough’.

“The support has been unbelievable to get to where I am.

“Huge thanks goes out to everyone who have supported me from day one, really.”