Only two people in the world have completed the epic Ice Sevens challenge.

Now British ice swimmer Kate Steels is only one swim away from adding her name to the history books.

Ice Sevens is a gruelling challenge requiring the completion of an ice mile – a one mile swim in water with a temperature of five degrees or lower – in seven locations across the world.

Swimmers must have an ice mile ratified by the International Ice Swimming Association (IISA) in Africa, Asia, Europe, North America, South America, Oceania and a polar region – with one of those in water at a maximum of zero degrees.

American Jaimie Monahan became the first person to achieve the feat in 2017, before being joined by Irish swimmer Ger Kennedy.

Kate is next in line to join the coveted group, having already completed six qualifying swims – in England, Norway, China, Morocco, New Zealand and Canada.

She said: “I really enjoy the individual challenge of the Ice Sevens.

“I had done several ice miles in England and I had an opportunity to join an expedition to arctic Norway.

“So, that was my polar ice mile. Then I was competing in China and there was an opportunity to go further there.

“Once you’ve done three or four, you think you’d like to do them all. It’s a unique challenge, but it’s exciting.”

All roads lead to Argentina 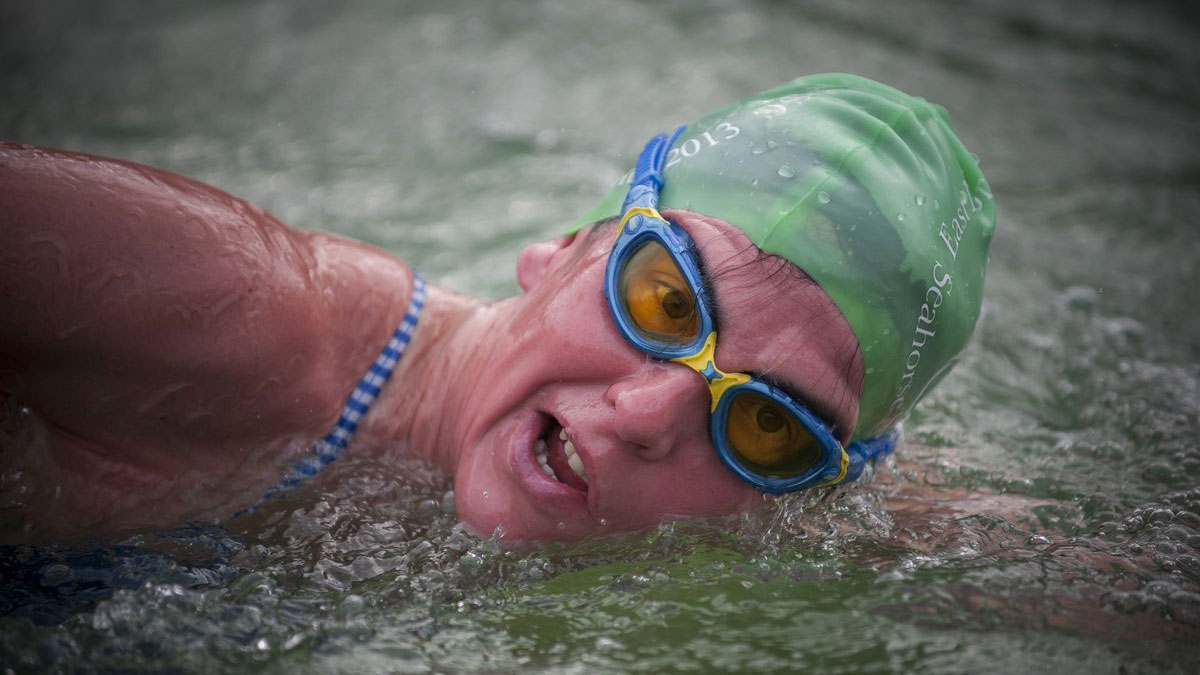 Kate is now looking for sponsorship to complete the Ice Sevens, with a South American ice mile planned for later this year.

She hopes to travel to the Argentinian resort town of Ushuaia to complete the set.

After first swimming in open water in 2009, Kate has been part of a passionate group which has grown the interest of ice swimming in Great Britain.

Kate and Rory Fitzgerald were the only two British representatives at the inaugural IISA World Championships in 2015, but a team of 14 travelled to Murmansk for the 2019 edition.

The Winchester City Penguins swimmer said: “It’s about being outside in the water, it’s about the camaraderie. We’ve got a very close knit, really supportive group.

“There are groups popping up all around the country – it’s no longer seen as a minority sport that nobody else does.

“There are people in each area who are like-minded and want to get involved.”

Kate will compete at the 2020 IISA Great Britain Championships, which takes place at Sandford Parks Lido from 22-23 February.

She is the Chair of IISA Great Britain, a member of the global IISA board and has been inducted into the Ice Swimming Hall of Fame.

Ice swimmers should be aware of the potential risks associated with cold water temperatures.

For more information on avoiding panic when swimming in open water, click here.