Teenager Andrea Spendolini-Sirieix continued her rapid rise on the international stage as she claimed an individual European Aquatics Championship medal in Budapest.

The 16-year-old came out on top in a thrilling battle for the bronze medal with British team-mate Lois Toulson to claim her second podium place of the competition.

Spendolini-Sirieix had already won a silver alongside Noah Williams in the Mixed 10m Synchro and was going into the event brimming with confidence after finishing fourth in the FINA Diving World Cup.

After overcoming a nervy start, which left her in 10th spot after the first round, Spendolini-Sirieix produced a series of consistent dives to deservedly take third spot.

It was a position Toulson had held with two dives remaining but Spendolini-Sirieix had leapfrogged her after round four and she scored 68.80 with her final dive – a back two-and-a-half somersaults, one-and-a-half twists in pike – to finish on 326.60.

Spendolini-Sirieix said: “It means so much.

“Even with a shaky start, you can always pull through. I took it one dive at a time.

“Just because you do one bad dive, it doesn’t mean that the rest of your dives are going to be bad.

“It’s just about breathing, taking your time and remembering that it’s a competition; you’re here to learn, you’re here to grow and to do better in every dive that you do.”

The Russian pair of Anna Konanykhina and Iuliia Timoshinina won gold and silver respectively with scores of 365.25 and 329.20.

Disappointment for Laugher and Goodfellow 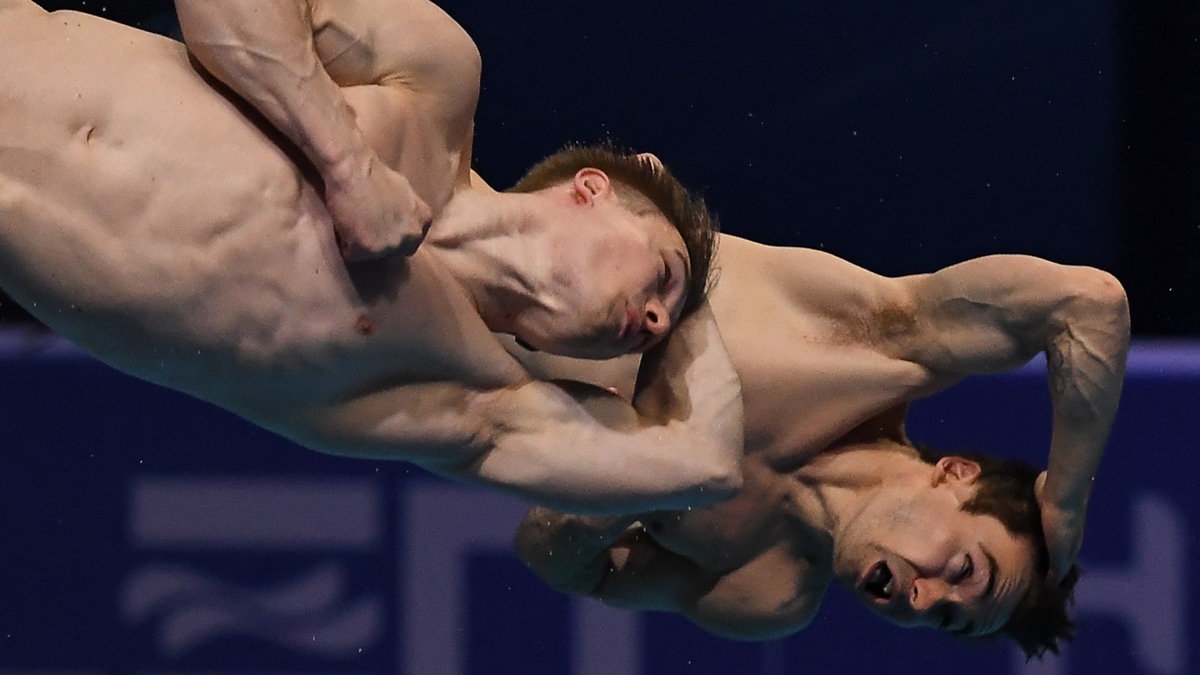 Jack Laugher and Dan Goodfellow failed to replicate their golden performance in the FINA Diving World Cup as two costly mistakes prevented them from picking up up a podium place at the European Aquatics Championships.

The British duo finished sixth in the Men’s 3m Springboard Synchro in Budapest, Hungary, as both Laugher and Goodfellow made rare errors in rounds four and five to end their medal hopes.

They were narrowly behind the German pair of Lars Rudiger and Patrick Hausding, who were leading after three rounds, but disaster struck in the second half of the competition.

Laugher almost landed on his back as the pair performed their reverse three-and-a-half somersaults in tuck which earned them only 45.15 points and saw them drop to sixth.

They needed a big response and Goodfellow then got his take off wrong in round five – a forward four-and-a-half somersaults in tuck.

He recovered enough for them to score 62.70 but that ensured they could not win a medal heading into the sixth and final round.

Laugher and Goodfellow then performed the toughest dive of any team in the competition and scored 70.20 to finish on 360.63 – 66.15 behind the gold-winning Germans.

The Russian pair of Evgenii Kuznetsov and Nikita Shleikher took the silver with a score of 4.15.47, while Ukranians Oleg Kolodiy and Oleksandr Gorshkovozov the bronze medallists on 409.92

Laugher will be aiming to put the disappointment behind him when he competes in the Men’s 3m Springboard on Friday 14 May.