The City of Leeds pair scored 299.19 for their five dives to finish 2.19 points clear of Russia in silver.

Bower, 17 and Banks, 16, are both making their European debuts in Ukraine, having finished first and second in the 10m Platform at last month’s British Junior Elite Championships.

But the young pair looked at home on the senior international stage, taking the lead in the penultimate round before sealing the title with 72.00 for their last dive of the competition.

“This was a completely surprising end for us,” said Bower, who won individual 10m silver at last week’s British Championships.

“As the youngest duo in this competition, we would never have expected to win, especially since this was one of our first synchro competitions together.

“But we also have the same dives in our individual programmes. So it was not too difficult for us to repeat that in the synchro competition.” 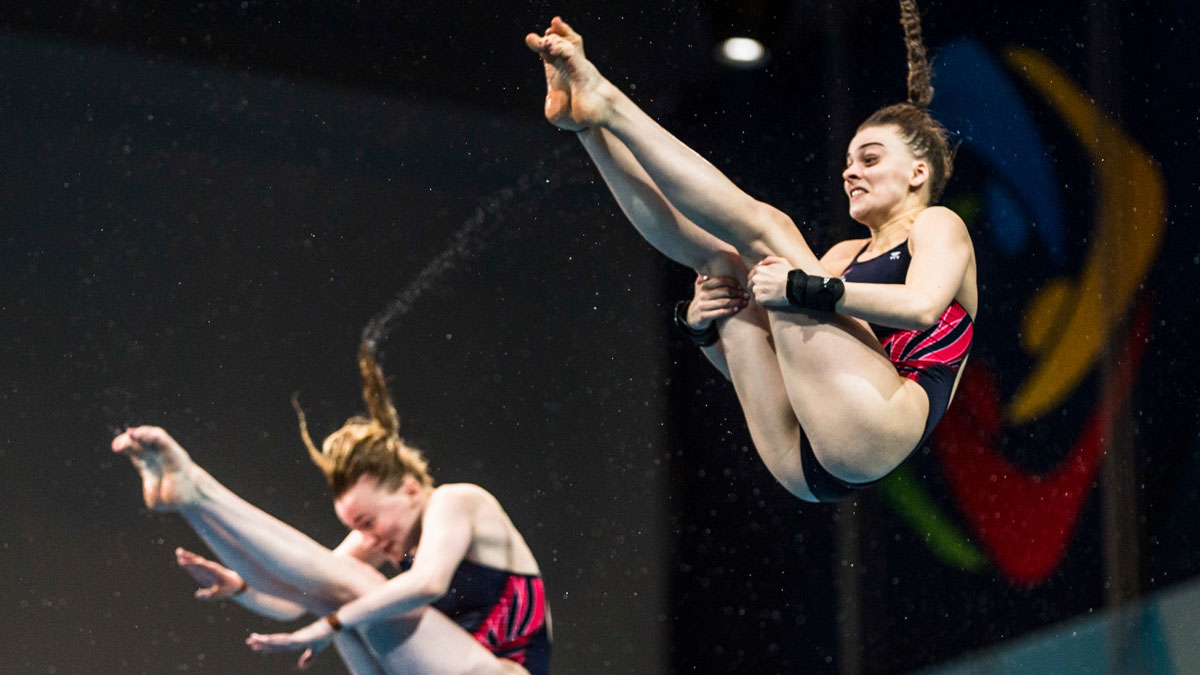 The Leeds divers’ result saw them become just the second British pair in history to land the women’s 10m Synchro title at a European Championships. Tonia Couch and Sarah Barrow were the first to achieve the feat in 2012.

It was also a second gold in less than 24 hours for the British team in Ukraine. Fellow City of Leeds teenager Lois Toulson had kicked off the medal charge last night with gold in the 10m Platform.

The British pair dived consistently throughout the competition, building a solid platform with 97.20 after their two requireds.

Bower and Banks piled pressure on Russia’s Iuliia Timoshinina and Valeriia Belova in the first round of optionals, scoring 65.25 for their forward 2 ½ somersaults, 2 ½ twists piked to move 0.15 off the lead.

Another 63.84 for their inward 2 ½ somersaults piked saw the Brits into a 3.21 point lead as the Russians faltered with their penultimate effort.

And while the Russians received the highest score of the competition with 73.92 for their last dive, it wasn’t enough to recover the gap as the Brits celebrated an unlikely victory at their maiden senior international championship.

City of Sheffield’s Freddie Woodward and Ross Haslam were also in action on day three in Ukraine.