Lois Toulson landed the biggest prize of her career so far with 10m Platform gold at the 2017 European Championships in Kiev.

Having qualified from the prelims in ninth, the 17-year old raised her game for the final, scoring 330.75 to take home the title.

Toulson’s result sees her become the fourth English diver to reach the women’s European 10m Platform podium in as many years.

And while she came into her third European Championships off the back of a hat-trick of British titles in Edinburgh, Toulson insists she was surprised to be standing on top of the podium again in Ukraine.

“To be honest, I didn’t expect this victory,” said Toulson. “I’ve been training very hard recently and was able to improve my dives.

“I am not totally satisfied with my dives yet. But I also gained a lot of experience here for the upcoming World Championships in Budapest.” 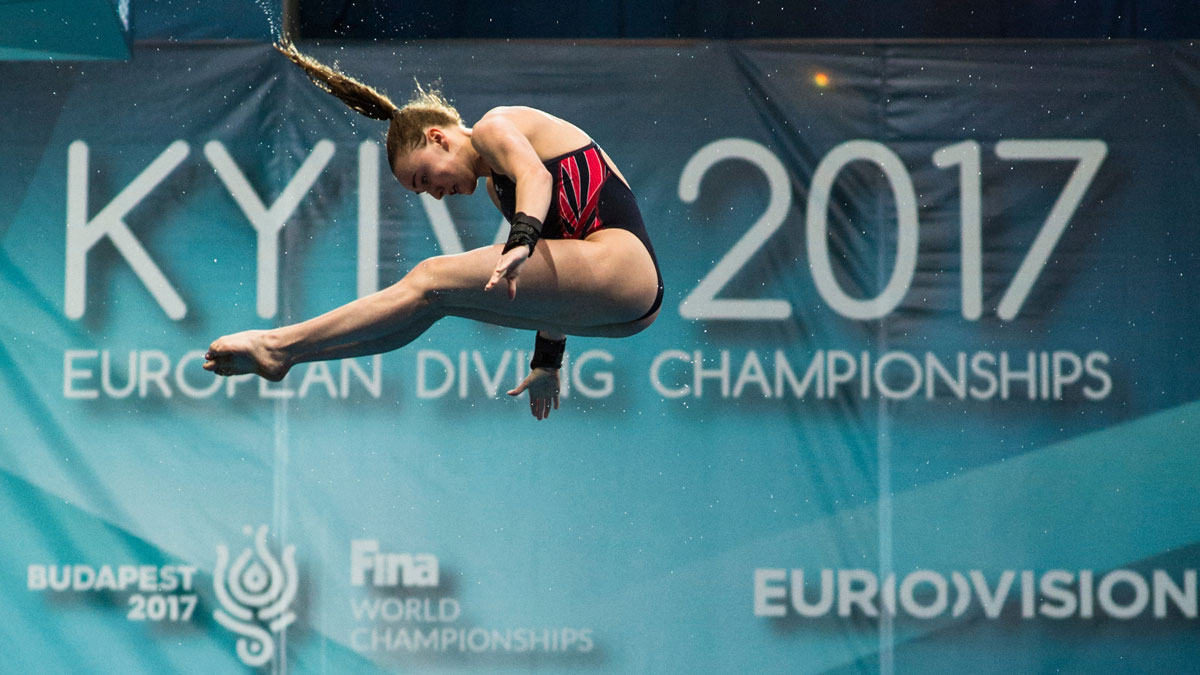 Building momentum through the rounds

While Toulson started slowly with 58.80 for her opening dive (305C), she made up ground in the second round before taking over the lead in round three.

The City of Leeds diver strengthened her position at the top with 67.20 in the penultimate round before sealing the title with her best dive of the competition, scoring 72.00 for her Back 2½ Somersault 1½ Twists Piked (5253B).

Russia’s Anna Chuinyshena and Iuliia Timoshinina were the only other divers to break 300 points in the final. Chuinyshena won silver on 326.90 while Timoshinina took bronze on 313.30.

Dive London’s Robyn Birch improved on her prelim score to finish ninth on 281.10.

Toulson was also in action on the opening day in Kiev, finishing sixth in the Team Event. Diving with City of Leeds teammate Matty Lee, the pair performed three dives each, finishing on 351.20.