Matty Lee stunned the crowd with his final two dives to earn his second gold and national title of the British Diving Championships.

The Olympic gold medallist was the only athlete of the Men’s 10m Platform final to break both the 90-point and 100-point barriers.

Lee was the highest scoring of the five Dive London athletes involved in the final, with all finishing as the top five.

Joining Lee on the podium was his 10m Synchro partner, Noah Williams (469.00), making it his second medal of the competition as he was presented with silver.

The pair teamed up to win the Men’s 10m Synchro title on day two at Sheffield’s Ponds Forge.

The junior national champion put on an impressive display to reach 402.00 points. His highest score came in the third round as his inward 3 ½ somersaults in tuck achieved 78.40. 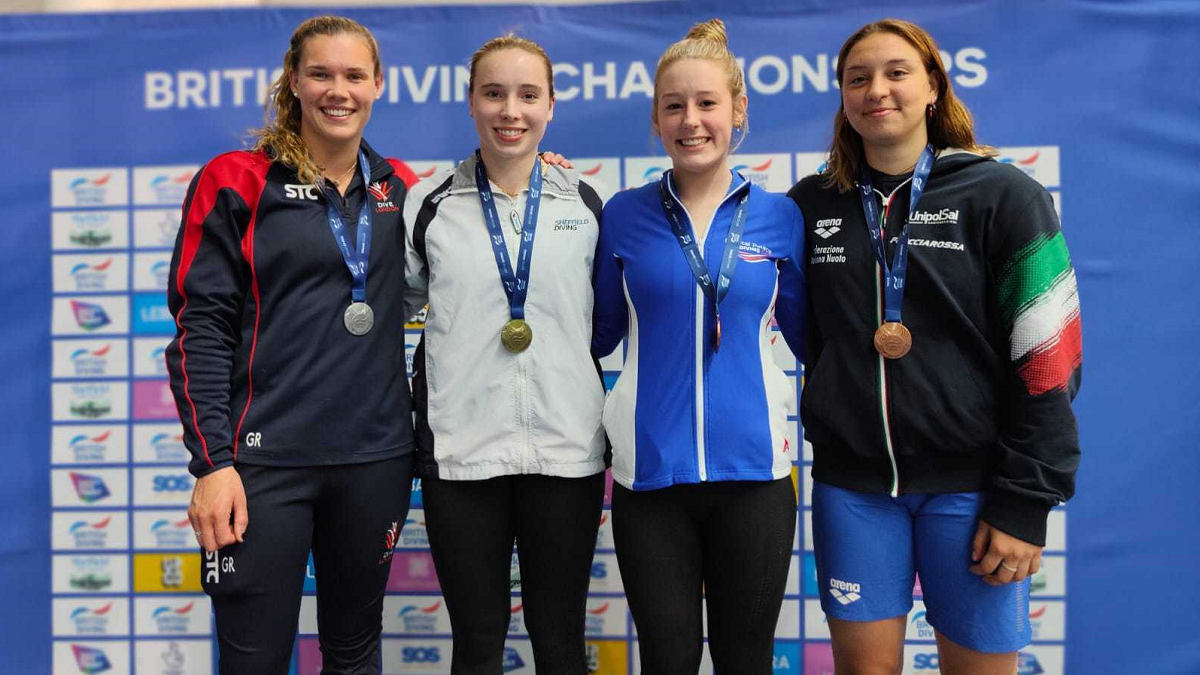 In the Women’s 3m final, Yasmin Harper claimed her second gold medal of the British Diving Championships with a strong performance.

The City of Sheffield diver held off pressure from Olympian, Grace Reid, to finish on top of the podium yet again at her home pool.

Harper scored a total of 321.55, with Dive London’s Reid finishing with 309.60 points to take the silver medal.

Evie Smith of Crystal Palace Diving Club was the bronze medal winner after her score of 274.90 and joining her on the podium was Italy’s Elisa Pizzini (280.50), who earned a commemorative bronze.

Harper claimed the 1m title on the opening day of the competition and put on a consistent display to double up on gold medals.

Her standout dive was a fantastic reverse 2 ½ somersaults with pike in round four which all but secured the gold. She was awarded 69.00 – her highest score of the final.

See all the results from day three here.