Athletes on the Swim England Talent Diving Pathway will become rivals to their idols at the British Diving Championships 2020.

Members of the Team Y squad will compete in what is likely their only British senior event of 2020, as they look to build towards major junior domestic and international competitions later in the year.

A total of 98 divers will challenge for national titles, with 13 British clubs represented and guest divers from nine different countries in attendance.

Olympic medallists Jack Laugher, Daniel Goodfellow and Grace Reid are all set to compete in Plymouth.

Suzie Collins, Swim England Talent Development Officer for Diving, said: “This is one of the biggest British Championships we’ve had and certainly the most number of guests we’ve had, so it’s very exciting for all the divers to get to compete against athletes from all over the world.

“A lot of them will be competing against their idols, people they’ve looked up to for a long time, perhaps people that have come in and spoken to them on Team Z camps in previous years.

“It’s really exciting for our athletes to pitch themselves against the Olympic athletes see what they’re working towards in the future, what they’re aspiring to be.”

Stepping up at senior level 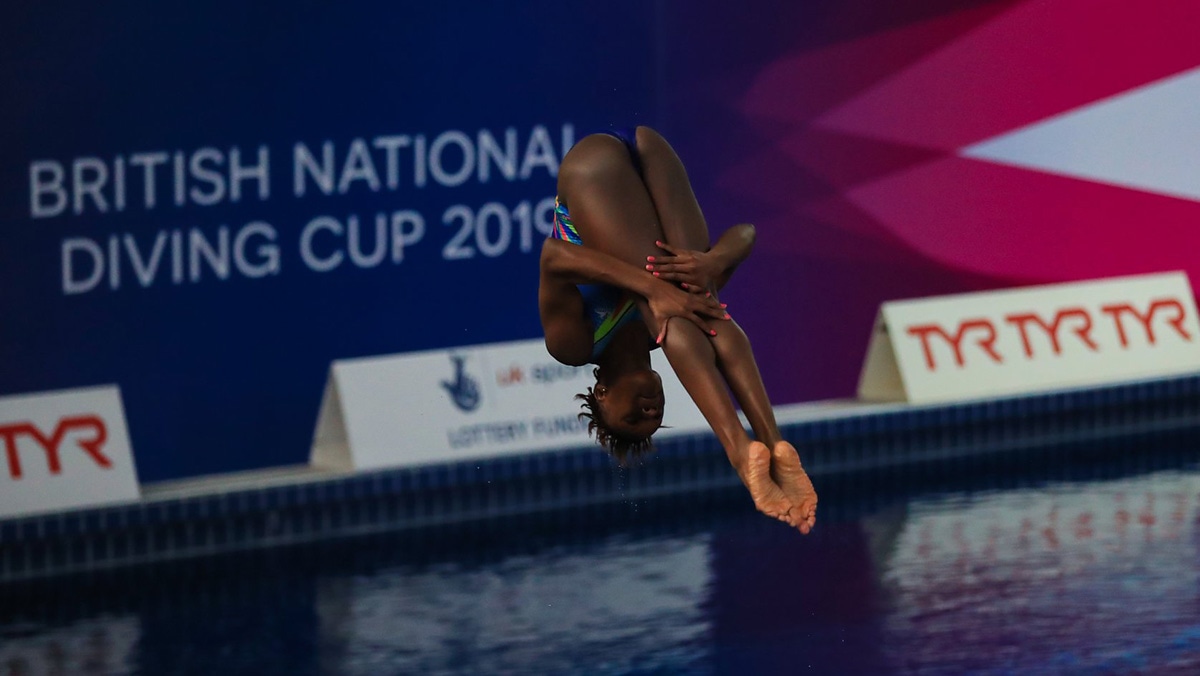 Crystal Palace diver Desharne Bent-Ashmeil will once again compete against her idol, Reid.

Bent-Ashmeil, who was named Swim England’s Talent Athlete of the Year for diving in 2019, won bronze in the Women’s 1m at the 2019 national championships.

Maisie Bond and Tilly Brown will hope to build on the experience they gained from competing at the 2019 CAMO Invitational in Montreal.

Suzie added: “As it’s a senior competition, they won’t be completing any required dives, just their optional, harder dives.

“That’s quite a challenge for them. Quite often, they will have a set of required dives to warm them up, in the prelims, and then they get a crack at it in the final.

“This time, as soon as they’re competing, they’re going in with a hard dive, so that can be a bit more challenging.

“It’s also an opportunity for them to try out new dives which they’ve learned in pre-season.

“They can try out those new skills under pressure. They will have worked hard in a training environment, but to see how those new dives and skills go in that competition environment is a great opportunity.”