Eden Cheng and Lois Toulson struck gold and won the Women’s 10m Synchro title on the second day of competition at the European Championships 2018.

After the opening round, the the newly-formed partnership were tied in first place with the Russian team on 49.80.

Cheng and Toulson then slipped down the rankings after a dropped dive in the second round – their reverse dive in pike scored just 41.40.

The pair remained composed throughout and two solid dives followed.

Their final two dives scored a huge 69.12 each. A Back 2 1/2 Somersaults 1 1/2 Twists Piked took their total to 289.74 and secured their spot at the top of the podium and Great Britain’s first gold medal of the 2018 European Diving Championships. 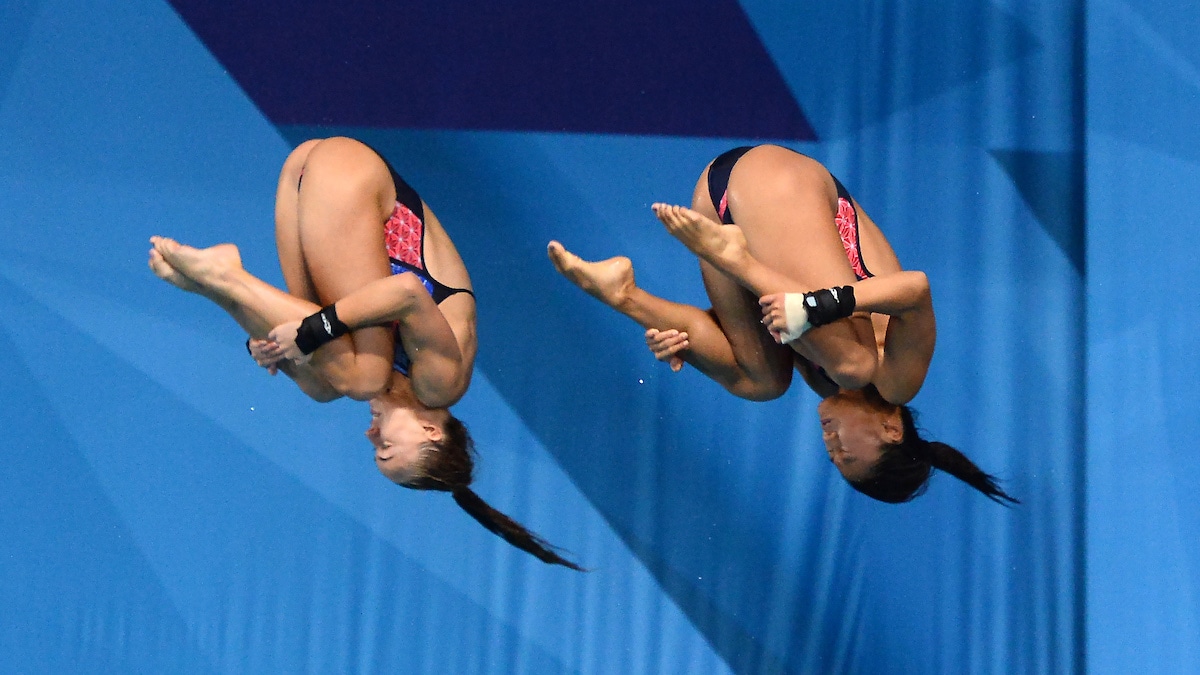 Amazing to take the gold

“It feels amazing to take the gold” said Toulson. “I don’t think we were expecting to get a medal, so yeah always good to get an unexpected medal. It sets me and obviously the rest of the team up really for the rest of the week.

“There is lots of potential within this partnership and we’re both very young so we’re both just excited to see where it can go.”

Cheng added: “We were very focused on our own dives throughout and that enabled us to just concentrate on ensuring that we took off and then entered at the same time.”

The silver medal went to Ekaterina Beliaeva and Julia Timoshinina of Russia with a score of 288.60. Germany’s Maria Kurjo and Elena Wassen took home the bronze with 284.64 points.

After the pair had collected their medals, Kim White, Great Britain’s Diving Team Leader, said: “It’s always really important to start a competition off well. Getting that medal will motivate everyone and put the rest of the team on a high and then there is almost an expectation to continue which really spurs everyone.

“Alexei [British Diving Performance Director] and I have spent a lot of time over the last few months working on who our Women’s 10m Synchro pair was going to be due to retirements.

“We’ve tried a number of pairings and combinations and following a win at this year’s Rostock Grand Prix, plus a top-eight finish at FINA World Cup, this will be our Women’s 10m Synchro partnership heading into Tokyo.” 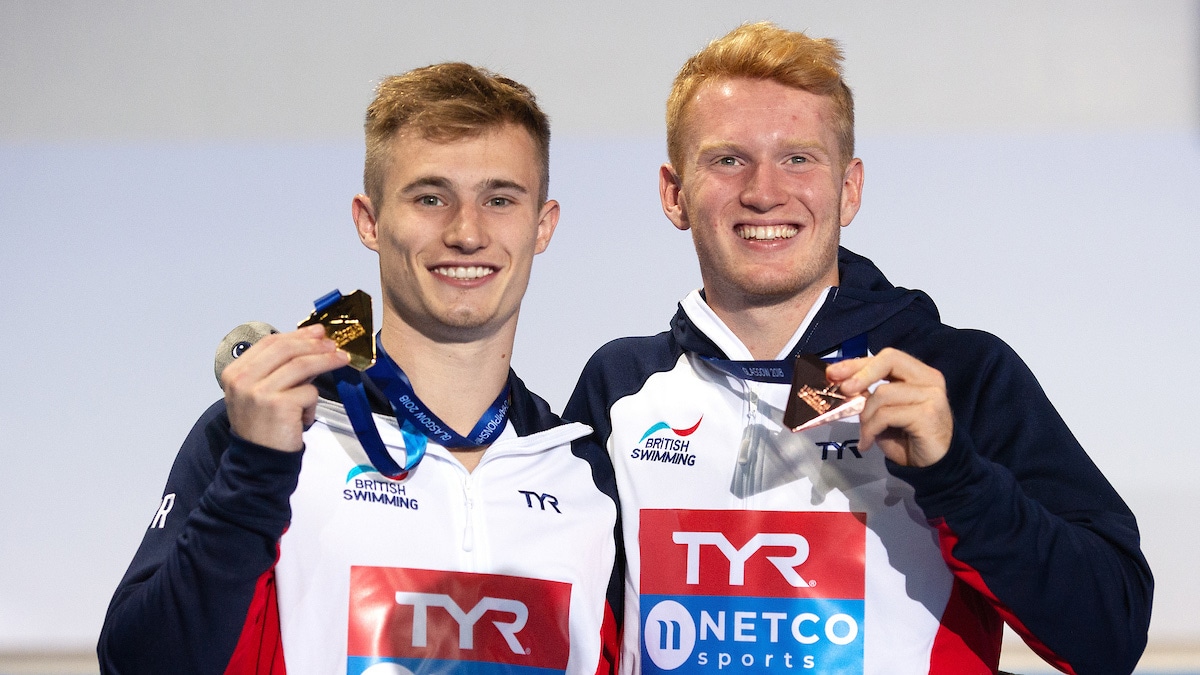 Olympic Champion Jack Laugher performed well to secure the team their second gold medal of the day in the Men’s 1m Springboard final.
Laugher  continued his form from the preliminary rounds to dominate all six rounds of the final in Edinburgh.
His highest scoring dive was a clean inward 2 1/2 somersault in pike which scored a massive 74.80 points and helped him on his way to a total of 414.60 points.

“This gold medal was a really good way for me to kick off these championships,” said Laugher. “I have two more events to go so yeah. It wasn’t my best performance today, not as good as my Commonwealth Games 1m outing, but I’m really happy to come out on top again.

“I think my diving was consistent both in the morning prelims and in this afternoon’s final and I’ll take that confidence into the rest of the week.

“This event was very much about getting in front of the crowd, experiencing the competition environment and hopefully I can go and smash the 3m and 3m Synchro with Chris [Mears].”

Teammate James Heatly, of Scotland, claimed the bronze medal with a score of 391.70.

Italy’s Giovanni Tocci took the silver medal with a total of 401.10 points.